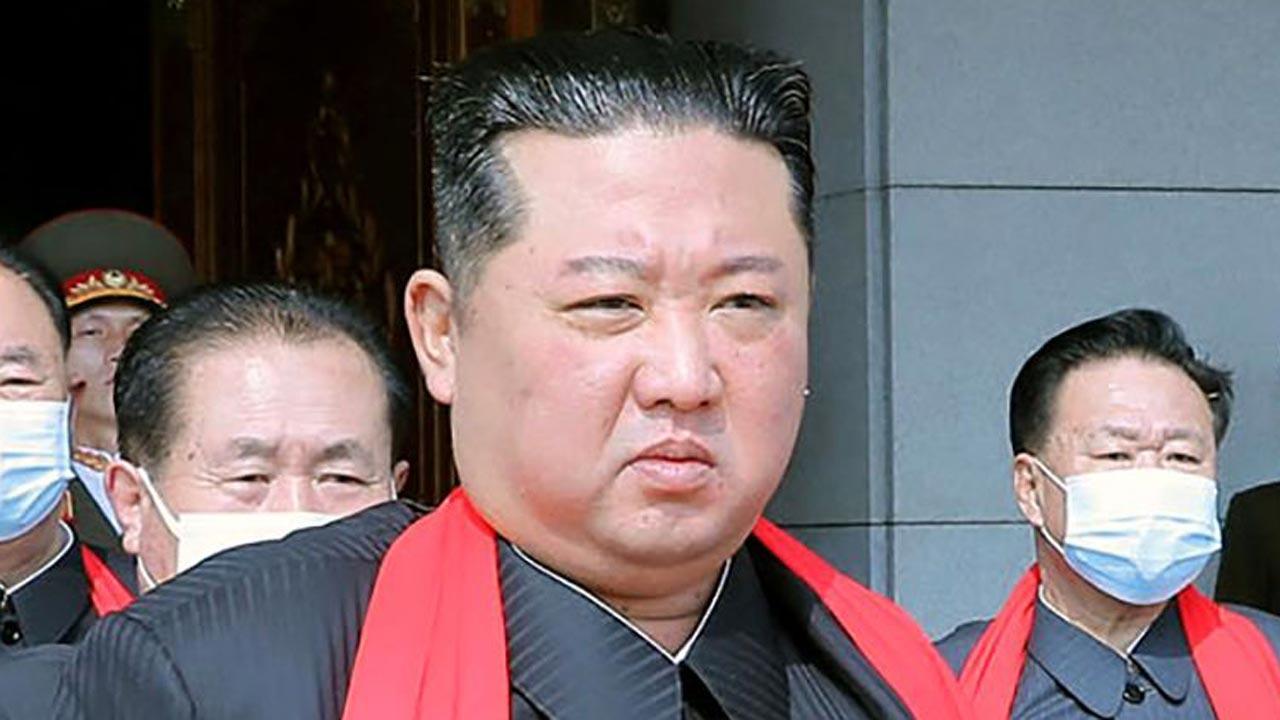 
North Korea test-launched a suspected intercontinental ballistic missile and two shorter-range weapons into the sea Wednesday, South Korea said, hours after President Joe Biden ended a trip to Asia where he reaffirmed the U.S. commitment to defend its allies in the face of the North’s nuclear threat.

If confirmed, it would be North Korea’s first ICBM launch in about two months amid stalled nuclear diplomacy with the United States. Breaking its 2018 moratorium on long-distance launches, North Korea in March claimed to have test-launched its longest-range missile as part of its development of functioning nuclear-armed missiles that can reach the American homeland.

The launches took place as North Korea made a much-disputed claim that its first domestic Covid-19 outbreak was weakening.

South Korea’s military said the suspected ICBM reached a maximum height of 540 kilometers (335 miles) while traveling 360 kilometers (223 miles) east after being fired from the North’s capital region. The Joint Chiefs of Staff said the North apparently lost the second missile 20 kilometers (12 miles) into flight, while the third missile flew 760 kilometers (472 miles) on an apogee of 60 kilometers (37 miles).

A JCS statement said the U.S. and South Korean militaries fired two surface-to-surface missiles in response to demonstrate the allies’ striking capabilities. It said the allies had detected North Korea’s preparations for the launches in advance. It said South Korea’s air force on Tuesday conducted an “elephant walk” involving 30, fully armed F-15K fighter jets parading along a runway in formation.

The U.S. Indo-Pacific Command earlier said the missile launches highlight “the destabilizing impact of (North Korea’s) illicit weapons program” though they didn’t pose an immediate threat to U.S. territory and its allies. A command statement said the U.S. commitment to the defense of the South Korea and Japan “remains ironclad.”

The White House said Biden has been briefed on the North Korean missile launches and will continue to be briefed as information develops.

Japanese Defense Minister Nobuo Kishi said the launches were “an act of provocation and absolutely impermissible.” He accused North Korea of pressing ahead with its weapons development program while “ignoring the people’s suffering amid the spread of the coronavirus in the country.”

The launches were North Korea’s 17th round of missile firings this year. Experts have said the launches show North Korea’s determination to move ahead with its push to modernize its weapons arsenals despite the Covid-19 outbreak and apply more pressure on its rivals to wrest sanctions relief and other concessions amid dormant nuclear diplomacy.

“If omicron is raging in the country, it is not the best time for Kim to take domestic political credit for a nuclear test,” said Leif-Eric Easley, a professor at Ewha University in Seoul. “So declaring victory against COVID, at least in state propaganda, will probably come first. But North Korea is likely to conduct its seventh nuclear test before reengaging in diplomacy.”

North Korea’s unusual pace in weapons tests this year included an ICBM launch in March that was its first since 2017. North Korea described that launch as a demonstration of its biggest missile, the Hwasong-17. However, South Korea’s military said the North instead may have fired a smaller ICBM. Whichever it was, the missile flew longer and higher than any other weapon the North has ever tested and had the potential range to reach the entire U.S. mainland, experts say.

After their summit in Seoul on Saturday, Biden and Yoon said they would consider expanded military exercises to deter North Korean nuclear threats.

Biden brushed aside questions about any possible provocation by North Korea during his trip, saying, “We are prepared for anything North Korea does.” Asked if he had a message for the North’s leader, Kim Jong Un, Biden offered a clipped response: “Hello. Period.”

Biden later met with Japanese Prime Minister Fumio Kishida in Tokyo, and they vowed to work closely to address security challenges, including North Korea’s nuclear and ballistic programs and what they called China’s “increasingly coercive” behavior in the region.

Before Wednesday, North Korea’s most recent missile tests were May 12, hours after the country acknowledged a Covid-19 outbreak and ended a widely disputed claim to have been coronavirus-free for more than two years.

The country in the past few days has said there has been “a positive sign” in its anti-virus campaign. Since admitting to the outbreak, North Korea has identified about 3 million cases of an unidentified fever, and saying just a small fraction were Covid-19.

On Wednesday, state media for the second straight day reported no additional fatality from the fever. The 68 deaths it has reported is an extremely low toll for Covid-19. Experts doubt the figures given North Korea has limited health resources and may be underreporting mortalities to prevent possible political damage on Kim.

North Korea has so far ignored South Korean and U.S. offers to send vaccines, medicines and other support items. Much of North Korea’s 26 million people remain unvaccinated and the country’s once-free socialist public health care system has been in shambles for decades.

“At a time when North Korean people are suffering the pain of a Covid-19 spread, North Korea is using its crucial resources to develop nuclear weapons and missiles instead of measures to fight the virus and improve livelihoods, which is very regrettable,” South Korean Foreign Minster Park Jin said.

Next Story : Texas student caught with firearms outside school day after deadly shooting