The Quad or Quadrilateral Security Dialogue comprises India, the US, Japan and Australia 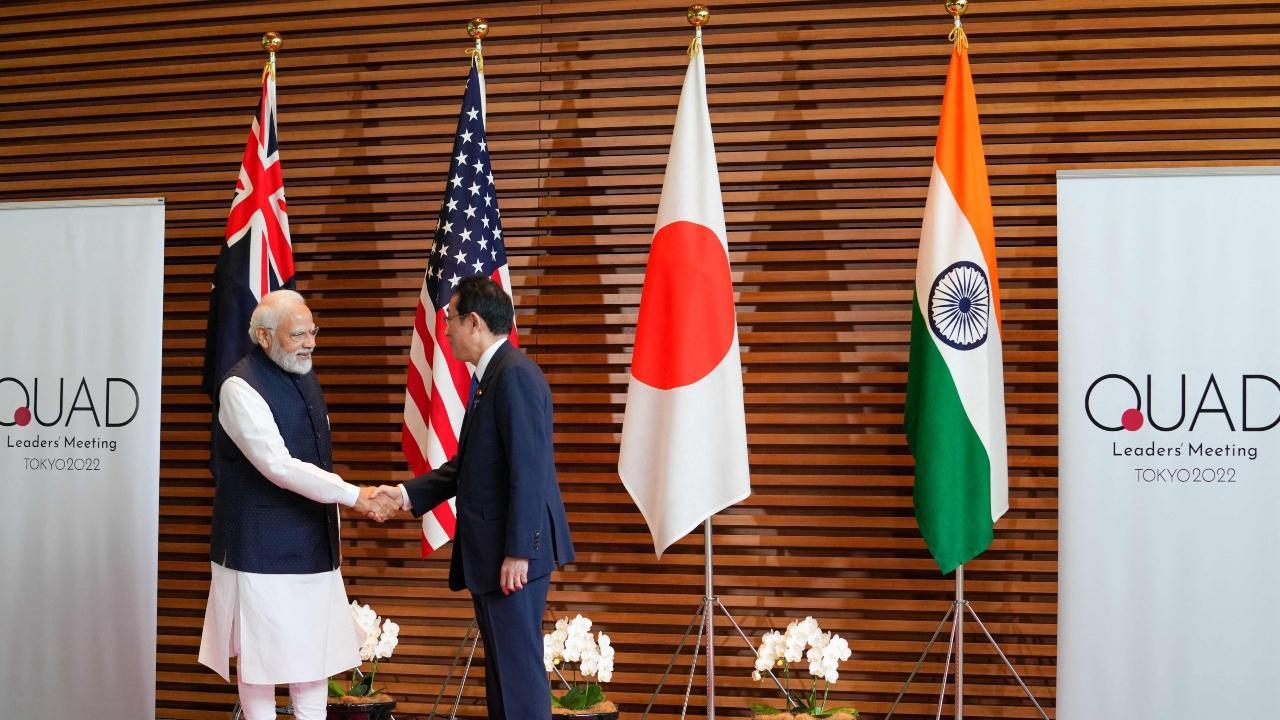 
Prime Minister Narendra Modi and leaders of the United States, Japan and Australia on Tuesday attended the second in-person meeting of Quad leaders here during which they will exchange views about developments in the Indo-Pacific region and global issues of mutual interest.

The Quad or Quadrilateral Security Dialogue comprises India, the US, Japan and Australia.

Speaking at the summit, Prime Minister Modi said the Quad has gained a significant place on the world stage in a short span of time. Today, the Quad's scope has become comprehensive and its identity became significant, he said.

President Biden welcomed Prime Minister Modi at the Quad Summit, saying "it's wonderful to see you again in person."

"We share the same goal of ensuring a free and open Indo-Pacific that will deliver greater prosperity and greater opportunity for all of our children. I am looking forward to continuing to work with all of you and to strengthen economic cooperation to deliver inclusive growth
and shared prosperity," Biden said in his opening remarks.

In a statement, before he left for Japan on Sunday, Modi had said the summit will provide an opportunity for the leaders to review the progress of the Quad initiatives and exchange views about developments in the Indo-Pacific region and global issues of mutual interest.

"An opportunity for the Leaders to exchange views about regional and global developments, review progress of Quad initiatives, identify new areas of cooperation and provide strategic guidance for future collaboration," he said in another tweet.

The summit is taking place under the shadow of the Russia-Ukraine conflict.

Japanese Prime Minister Kishida said that Russian invasion of Ukraine has challenged the principles enshrined in the UN Charter.

The summit is also taking place at a time when the relations between China and the Quad member countries have become tense, with Beijing increasingly challenging democratic values and resorting to coercive trade practices.

India, the US and several other world powers have been talking about the need to ensure a free, open and thriving Indo-Pacific in the backdrop of China's rising military manoeuvring in the region.

China claims nearly all of the disputed South China Sea, though Taiwan, the Philippines, Brunei, Malaysia and Vietnam all claim parts of it. Beijing has built artificial islands and military installations in the South China Sea.

On the eve of the summit, Biden on Monday launched the ambitious Indo-Pacific Economic Framework for Prosperity (IPEF), which is an initiative aimed at deeper cooperation among like-minded countries in areas such as clean energy, supply-chain resilience and digital trade.

The rollout of the IPEF is expected to send across a signal that the US is focused on pushing forward a strong economic policy for the region to counter China's aggressive strategy on trade in the region.

In March last year, President Biden hosted the first-ever summit of the Quad leaders in the virtual format that was followed by an in-person summit in Washington in September. The Quad leaders also held a virtual meeting in March.

In November 2017, India, Japan, the US and Australia gave shape to the long-pending proposal of setting up the Quad to develop a new strategy to keep the critical sea routes in the Indo-Pacific free of any influence, amidst China's growing military presence in the strategic region.