Rescue operation halted for crashed aircraft in Nepal due to snow

Tara Air's 9 NAET twin-engine aircraft with 22 people on board, including four Indians, was found crashed in Kowang village of the Mustang district hours after it went missing in the mountainous district on Sunday morning 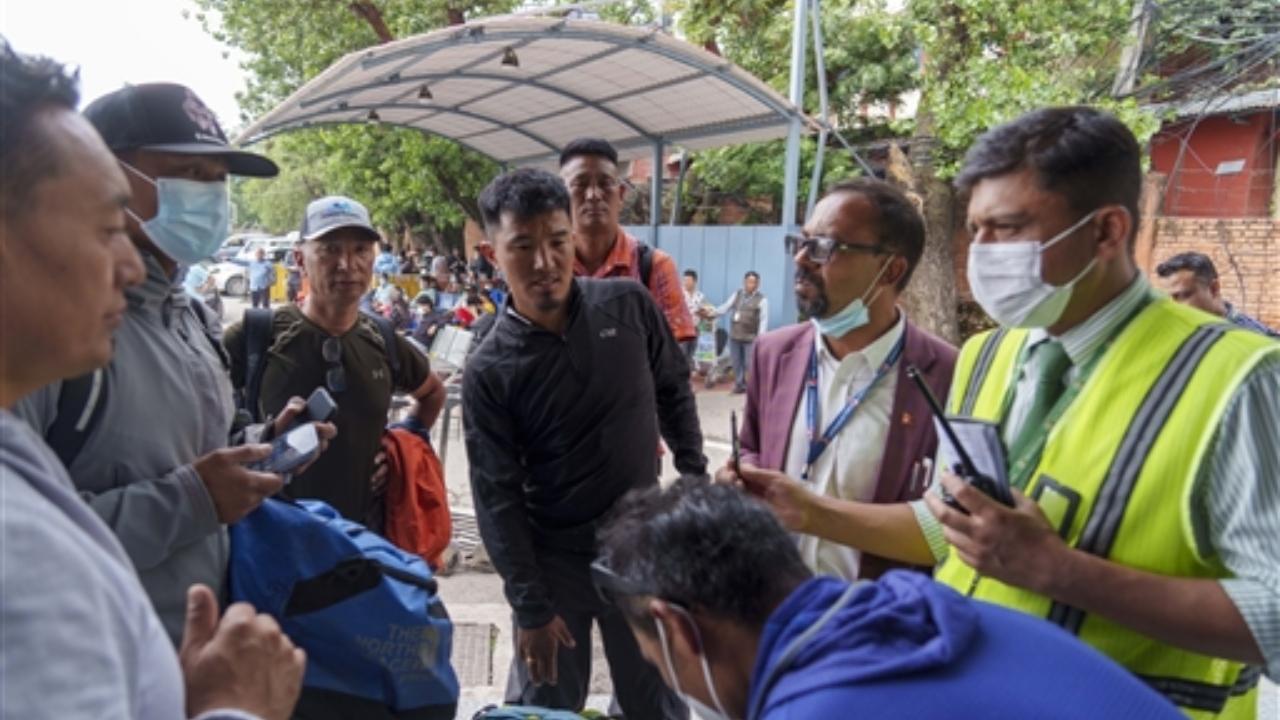 A team of climbers prepare to leave for rescue operations from the Tribhuvan International Airport in Kathmandu, Nepal. Pic/PTI


All the helicopters deployed for the search and rescue operation for the crashed Tara Air's 9 NAET twin-engine aircraft, have been called off after the snowfall in Mustang district.

Tara Air's 9 NAET twin-engine aircraft with 22 people on board, including four Indians, was found crashed in Kowang village of the Mustang district hours after it went missing in the mountainous district on Sunday morning.

According to the information given by the locals to the Nepal Army, the Tara Air plane crashed at the mouth of the Lamche river under the landslide of Manapathi Himal. Army spokesperson Narayan Silwal said that the Nepal Army was moving towards the site from the ground and air route.

On Sunday morning, Tara Air's 9 NAET twin-engine aircraft carrying 22 passengers, including 4 Indians and 3 Japanese nationals, flying from Pokhara to Jomsom at 9:55 am, had lost contact, after reaching the Lete area of Mustang, said the Airport authorities.

As per the State TV, the missing aircraft was hosting 4 Indians among others.

"The aircraft was seen over the sky of Jomsom in Mustang and then had diverted to Mt. Dhaulagiri after which it hadn't come into contact," Chief District Officer Netra Prasad Sharma confirmed ANI over the phone.

As per the police officials, the aircraft has been suspected to have crashed in the "Titi" area of Lete in Mustang District."Locals from Titi have called and informed us that they have heard an unusual sound as if there was some bang. We are deploying a helicopter to the area for the search operation," Ram Kumar Dani, DSP of District Police Office, Mustang told ANI.The Home Ministry has deployed two private helicopters from Mustang and Pokhara for the search for missing aircraft. Nepal Army chopper is also being prepared to be deployed for the search, said Phadindra Mani Pokharel, spokesperson at Home Ministry told ANI over the phone.

Mustang (from the Tibetan Muntan meaning "fertile plain") the traditional region is largely dry and arid. The world's deepest gorge that goes down three miles vertical between Dhaulagiri and Annapurna mountains runs through this district.