Moscow also rejected international calls for a demilitarised zone around the Zaporizhzhia nuclear power plant, which it seized early in the war and which is still operated by Ukrainian engineers under Russian occupation 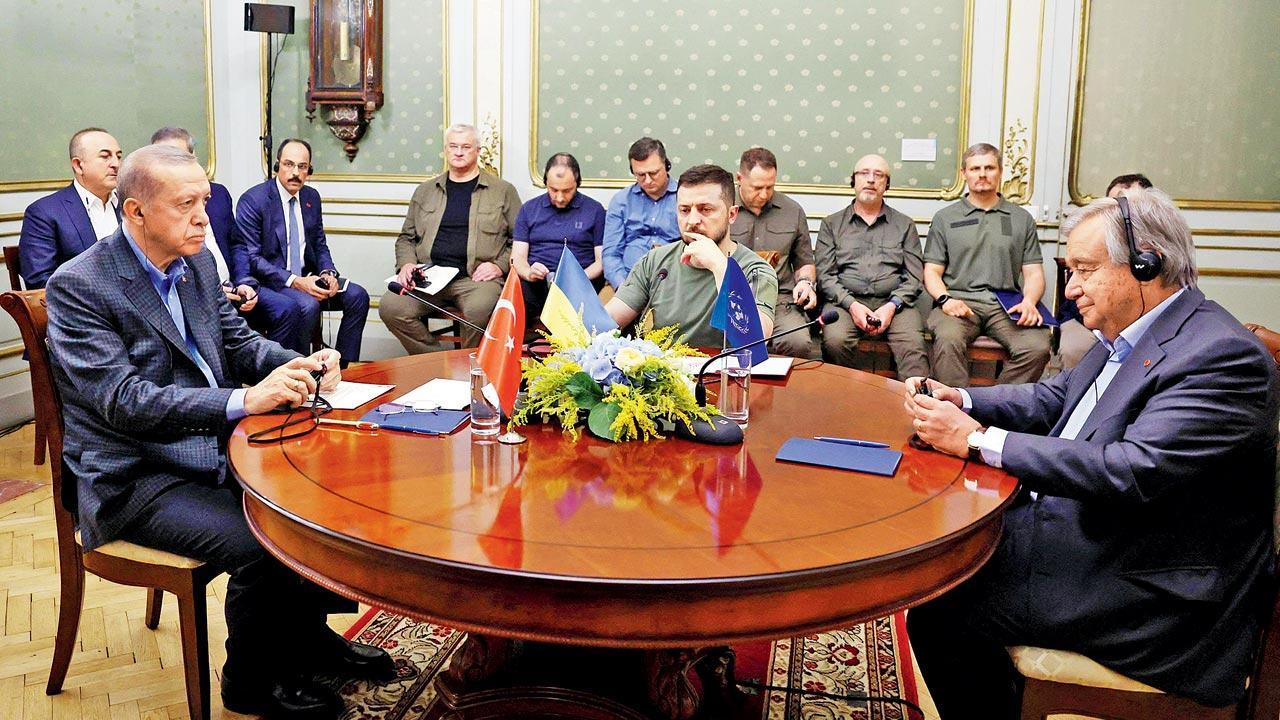 
Russia said on Thursday it could shut down Europe’s largest nuclear power station after it came under shelling at the front lines in Ukraine, a move Kyiv said would increase the risk of a nuclear catastrophe there.

Moscow also rejected international calls for a demilitarised zone around the Zaporizhzhia nuclear power plant, which it seized early in the war and which is still operated by Ukrainian engineers under Russian occupation.

Ukrainian President Volodymr Zelensky, who discussed the situation at the plant with visiting U.N. Secretary-General Antonio Guterres in Lviv, called on the United Nations to ensure that it was demilitarised and protected. “This deliberate terror on the part of the aggressor can have global catastrophic consequences for the whole world,” Zelensky wrote on the Telegram messaging app, accusing Russia of “nuclear blackmail” at the plant.

Recent days have seen several incidents of shelling at the plant, which both side blame on each other. Ukraine also accuses Russia of using the plant as a shield for its forces to launch strikes across the reservoir on Ukrainian-held cities, which Moscow denies. Foreign countries and the United Nations have called on Moscow to allow in international inspectors.

The defence ministry said Moscow could shut the plant down if it came under further attack. Ukrainian officials have accused Russia of planning to shut the plant to sever it from Ukraine’s power grid and switch it over to Russia’s - effectively stealing its output. Ukrainian state nuclear energy company Energoatom said shutting down the plant would increase the risk of “a radiation disaster at the largest nuclear power plant in Europe”. Disconnecting the complex’s generators from Ukraine’s power system would prevent them being used to keep nuclear fuel cool, in the event of a power outage at the plant, it said.