The General Staff of Ukraine’s armed forces also reported Russian shelling of more than a dozen towns on the southern front - particularly the Kherson region, mainly controlled by Russian forces, but where Ukrainian troops are steadily capturing territory 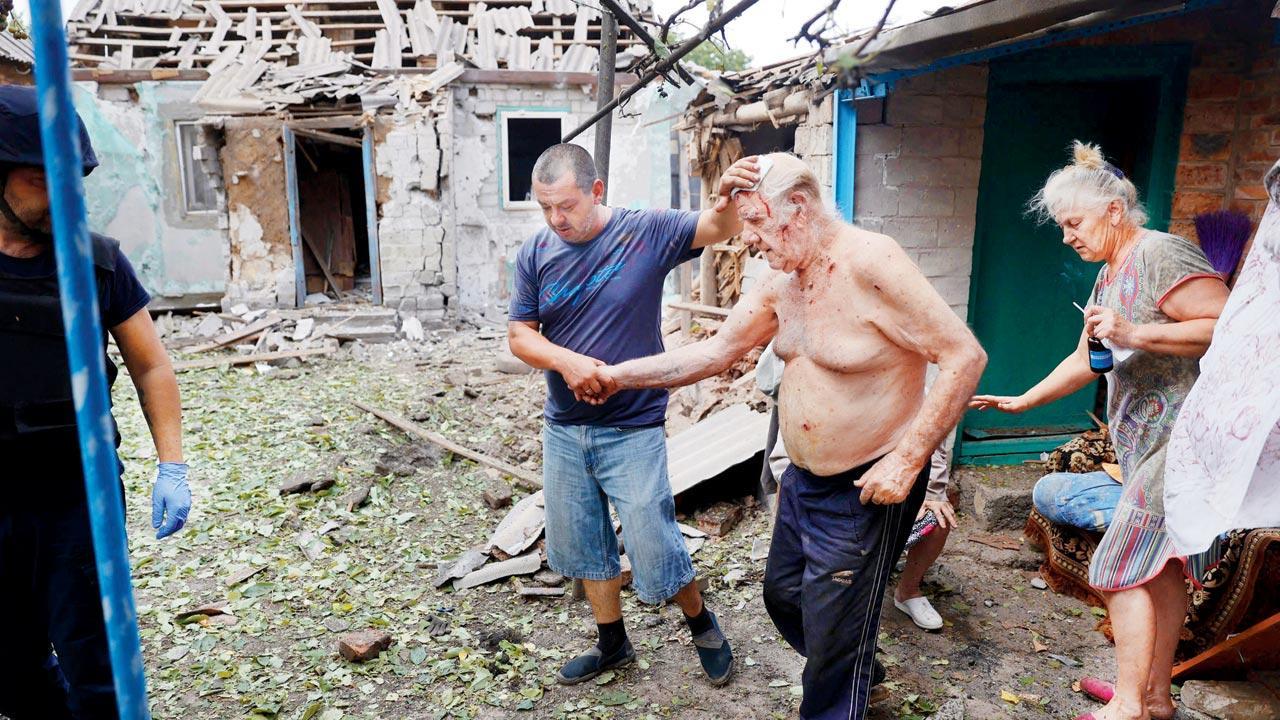 People help a wounded man in the yard of his heavily damaged house following a rocket attack in Bakhmut, Donetsk region on Friday. Pic/AFP


Ukrainian forces reported heavy Russian shelling and attempts to advance on several towns in the eastern region of Donetsk that has become a key focus of the near six-month war, but said they had repelled many of the attacks.

The General Staff of Ukraine’s armed forces also reported Russian shelling of more than a dozen towns on the southern front - particularly the Kherson region, mainly controlled by Russian forces, but where Ukrainian troops are steadily capturing territory.

Much attention has been focused on the Zaporizhzhia nuclear plant in southern Ukraine amid fears of a catastrophe over renewed shelling in recent days that Russia and Ukraine blame on each other. The exiled mayor of Enerhodar, where the Zaporizhzhia plant is located, said on Telegram on Sunday the city had been shelled from the suburbs, causing civilian casualties.

Russia on Monday said it will do “everything necessary” to allow specialists from the International Atomic Energy Agency (IAEA) to visit the Zaporizhzhia plant. “In close cooperation with the Agency and its leadership, we will do everything necessary for the IAEA specialists to be at the station and give a truthful assessment of the destructive actions of the Ukrainian side,” foreign ministry spokeswoman Maria Zakharova said in a statement published on Monday.