Kyrylo Tymoshenko asked to be relieved of his duties, according to an online copy of a decree signed by Zelensky and Tymoshenko’s own social media posts 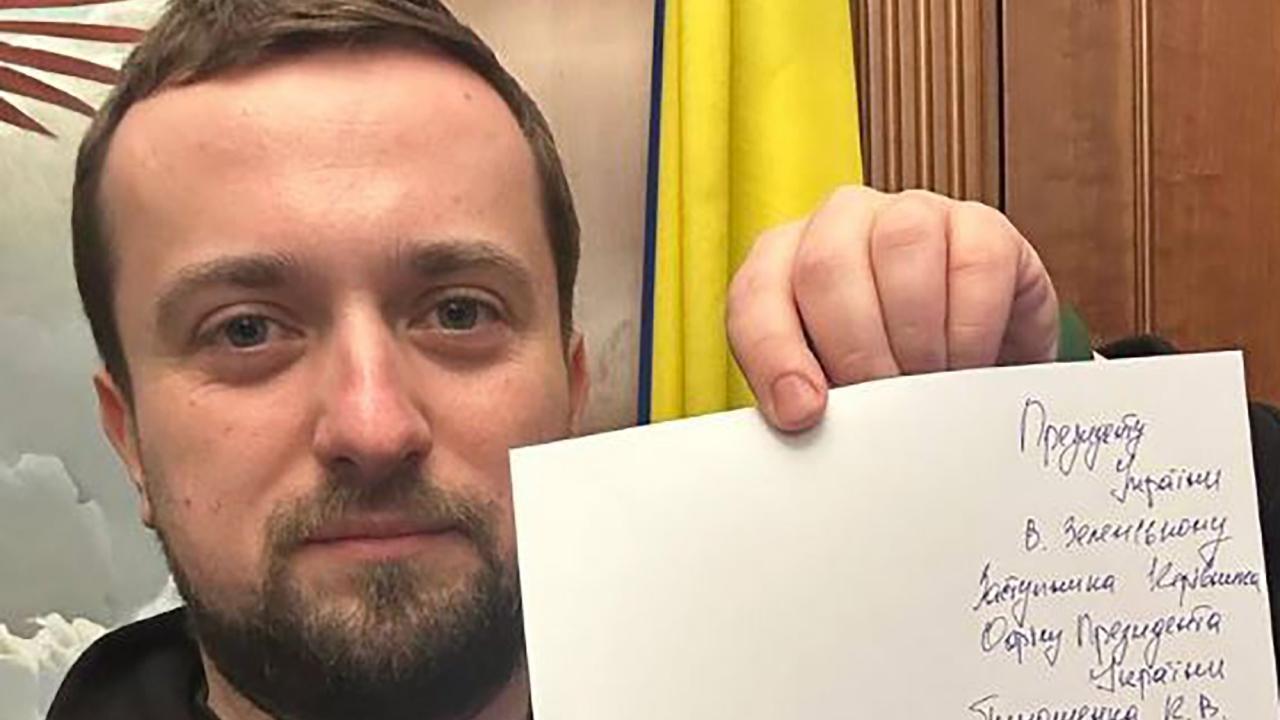 This handout picture released by Deputy head of Ukraine's Presidential Office Kyrylo Tymoshenko on his Telegram channel on January 24, 2023 shows himself holding a handwritten letter the day he presented his resignation Pic/AFP


The deputy head of Ukraine’s presidential office quit Tuesday, after Ukrainian President Volodymyr Zelensky pledged to launch a staff shake-up amid high-level corruption allegations during the war with Russia.

Kyrylo Tymoshenko asked to be relieved of his duties, according to an online copy of a decree signed by Zelensky and Tymoshenko’s own social media posts. Neither gave a reason for the resignation. Deputy Defense Minister Viacheslav Shapovalov also resigned, local media reported, alleging his departure was linked to a scandal involving the purchase of food for the Ukrainian Armed Forces.

Poland has officially requested permission from Germany to transfer its Leopard 2 tanks to Ukraine, Polish Defense Minister Mariusz BÅaszczak said Tuesday. Berlin has received Warsaw’s request, BÅaszczak said in a tweet, though German officials did not immediately confirm that.