Since early April anti-government protesters had been demanding that President Gotabaya Rajapaksa and his elder brother and prime minister Mahinda Rajapaksa, resign for leading the island nation to its worst economic crisis since independence in 1948 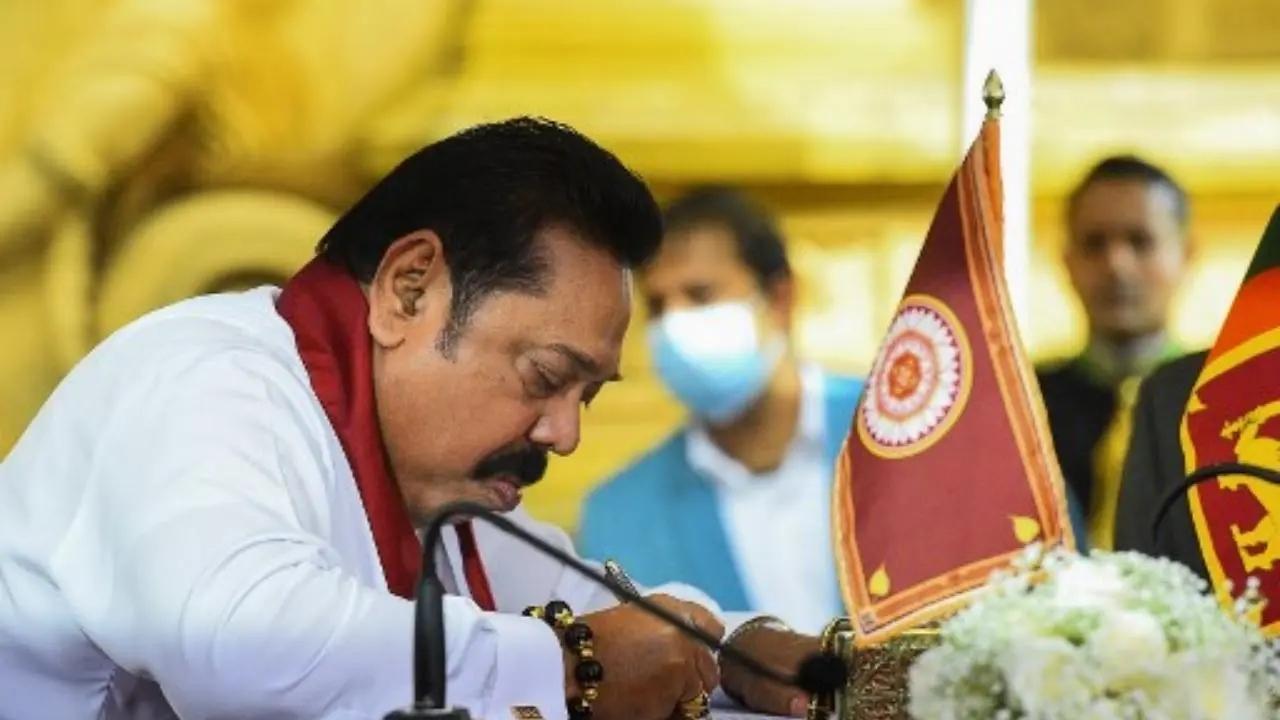 
Sri Lanka's former prime minister Mahinda Rajapaksa made his first public appearance on Wednesday and attended Parliament, nine days after he was forced to resign and evacuated by the military to a heavily guarded naval base amidst massive anti-government protests.

Since early April anti-government protesters had been demanding that President Gotabaya Rajapaksa and his elder brother and prime minister Mahinda Rajapaksa, resign for leading the island nation to its worst economic crisis since independence in 1948.

On May 9, Mahinda Rajapaksa resigned after his supporters attacked anti-government protesters, triggering deadly clashes across the country. Dozens of houses of politicians were torched, including some owned by the Rajapaksas.

Mahinda Rajapaksa, 76, had to be evacuated by the military from Temple Trees, his official residence, after it was besieged by angry crowds.

He was holed up in a naval base in Trincomalee in the country's north-east for his safety. A court in Colombo has also banned him from leaving the country.

At least nine people died and over 200 were injured in clashes on May 9 after Mahinda Rajapaksa, who was twice president and thrice prime minister, resigned. Some 58 of Mahinda Rajapaksa's government colleagues have seen arson attacks on their personal properties.

Mahinda Rajapaksa, who is an MP, was seen in Parliament, his first appearance since he was forced to resign and retreat to a Navy Camp in the Eastern Province following the May 9th Black Monday violence, Sri Lankan media reported on Wednesday.

Both Rajapaksas were notable absentees on Tuesday when a motion to suspend the Standing Orders to debate the motion expressing displeasure on President Gotabaya Rajapaksa was taken up for a vote, it said.

The motion was defeated.

"He will not live there forever. After the situation returns to normal, he will be relocated to a residence or location of his choice," he said.

He said the former prime minister will be protected as long as he lives, as every former president is entitled to security and protection.

Sri Lanka is facing its worst economic crisis since gaining independence from Britain in 1948. The crisis is caused in part by a lack of foreign currency, which has meant that the country cannot afford to pay for imports of staple foods and fuel, leading to acute shortages and very high prices.

Thousands of demonstrators have hit the streets across Sri Lanka since April 9 seeking the resignation of President Gotabaya Rajapaksa as the government ran out of money for vital imports. The president has refused to quit.