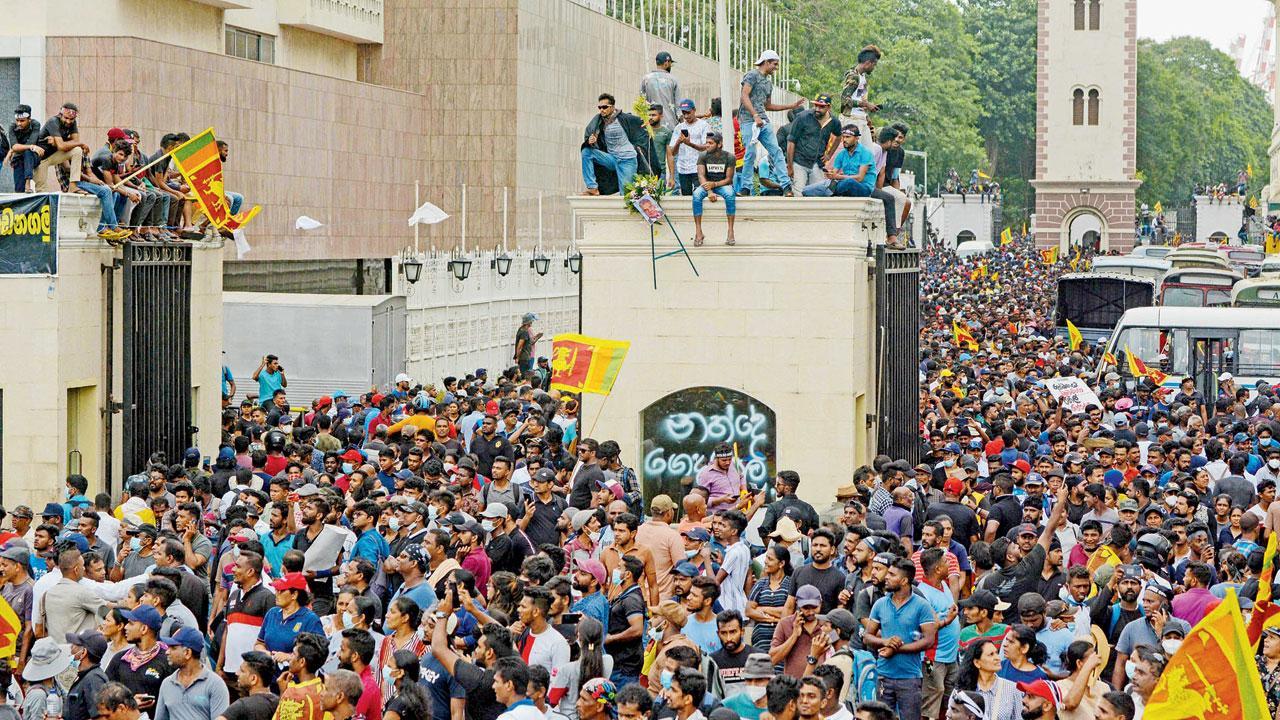 
Sri Lankan PM Ranil Wickremesinghe has announced that he will resign from his post. “To ensure the continuation of the Government including the safety of all citizens I accept the best recommendation of the Party Leaders today, to make way for an All-Party Government. To facilitate this I will resign as Prime Minister,” he tweeted. Wickremesinghe’s 73-year-old home was on Saturday evening set on fire by angry protesters, in a sign of deepening crisis in the island nation. The development came a few hours after angry protesters had marched to President Gotabaya Rajapaksa’s home. The protesters were also seen damaging vehicles belonging to the Prime Minister. “Protesters have broken into the private residence of Prime Minister Ranil Wickremesinghe and have set it on fire,” said the Lankan PM’s Office in a statement.  It wasn’t immediately clear if the PM was inside at the time of the attack.

The Colombo Municipal Council fire brigade said they were informed that the Prime Minister’s private residence in Colombo was set on fire and its teams were unable to reach the location due to the unrest. The flames were later doused by the police.

Also read: 7 injured in clashes between anti-government protesters and police in Sri Lanka

Earlier on Saturday, thousands of protesters in Sri Lanka’s commercial capital Colombo stormed President Rajapaksa’s official residence and his secretariat on Saturday amid months of mounting public anger over the country’s worst economic crisis in seven decades. Thousands also broke open the gates of the sea-front presidential secretariat and the finance ministry, which has been the site of a sit-in protest for months, and entered the premises, TV footage showed. Military personnel and police at both locations were unable to hold back the crowd, as they chanted slogans asking Rajapaksa to step down. Two defence ministry sources said President Rajapaksa was removed from the official residence on Friday for his safety ahead of the planned rally over the weekend. Video footage of protesters standing and some bathing in the swimming pool inside the President’s home was widely circulated on social media websites. Hundreds also milled about on the grounds outside the colonial-era building. No security officials were visible. At least 39 people, including two police were injured and hospitalised in the protests, hospital sources said.

Meanwhile, at the Party Leaders meeting, presided by the Speaker, it was decided that the country would have fresh elections soon. The Speaker will be  acting President for the next 30 days. Schools will be shut till July 15. The island is struggling under a severe foreign exchange shortage that has limited essential imports of fuel, food and medicine, plunging it into the worst economic crisis since independence in 1948. Soaring inflation, at a record 54.6 per cent in June and expected to hit 70 per cent in the coming months, has heaped hardship on the population. Political instability could undermine Sri Lanka’s talks with the International Monetary Fund seeking a $3 billion bailout, a restructuring of some foreign debt and fund-raising from multilateral and bilateral sources to ease the dollar drought.