Taliban shooting kids in front of their parents

According to local media reports, the Taliban have murdered more than 40 civilians in Malistan in the past one week. Most of these civilians were Hazaras 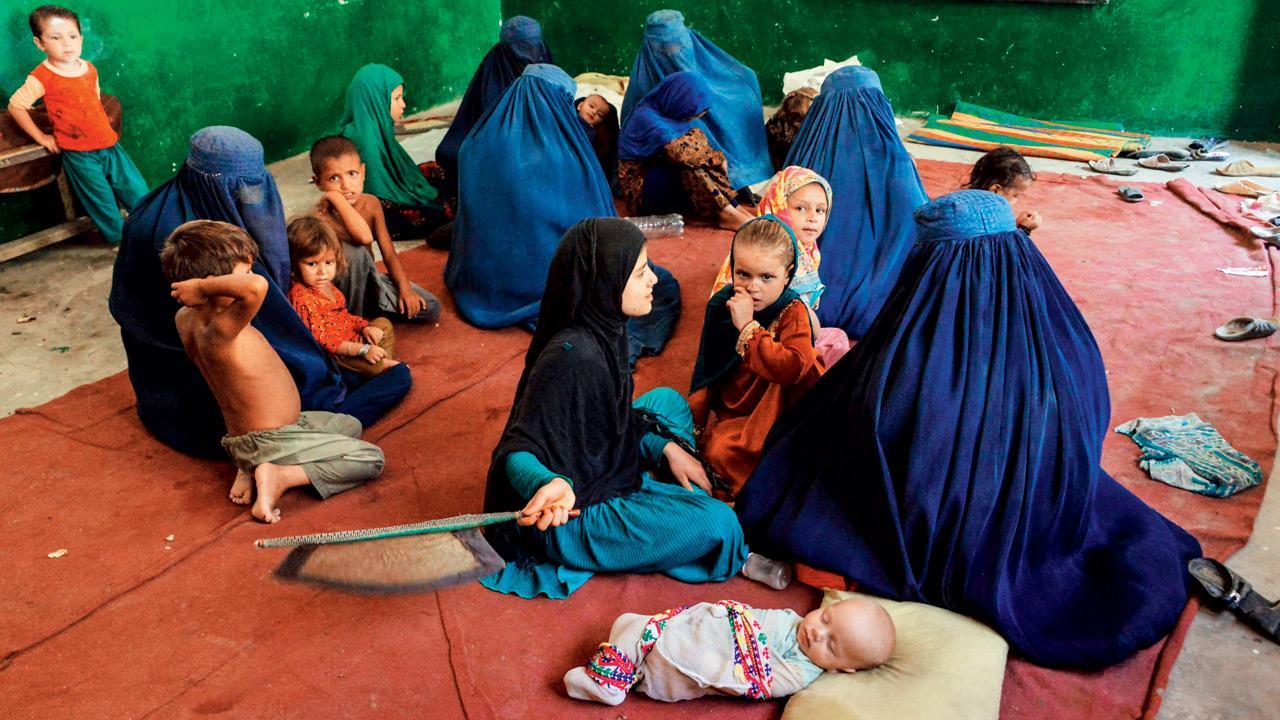 Displaced families sit inside a school, in Ghaziabad district. Pic/AFP


Human rights breaches and killing of civilians in Afghanistan by the Taliban are reaching new highs, especially with increasing assaults on the minority Hazara community.

According to local media reports, the Taliban have murdered more than 40 civilians in Malistan in the past one week. Most of these civilians were Hazaras.

A child in Mata Khan district of Paktika province was hospitalised on Thursday for severe mental illness after witnessing seven days of Taliban atrocity in his locality.

After taking over the control of Zaranj in Nimroz province, Taliban looted public properties and plundered houses of civilians.

Several reports are emerging in Afghan media about Taliban looting, murdering, and taking civilians as hostages in and around Lashkar Gah in Helmand province.

Besides, they are also forcing women to cook, taking their clothes and jewellery, and shooting children before their parents.

Ajmal Omar Shinwari, a spokesperson for the Afghan security forces, informed that in the past five days, 162 civilians had been killed and 22 have been injured in attacks across Afghan provinces.

Next Story : 20 arrested, over 150 booked in Pak for attack on Hindu temple