Thousands rally in Budapest to protect forests after govt order

Protesters of all ages held up signs saying “Keep your hands off trees”, “Trees save lives” and “We need trees to live.” 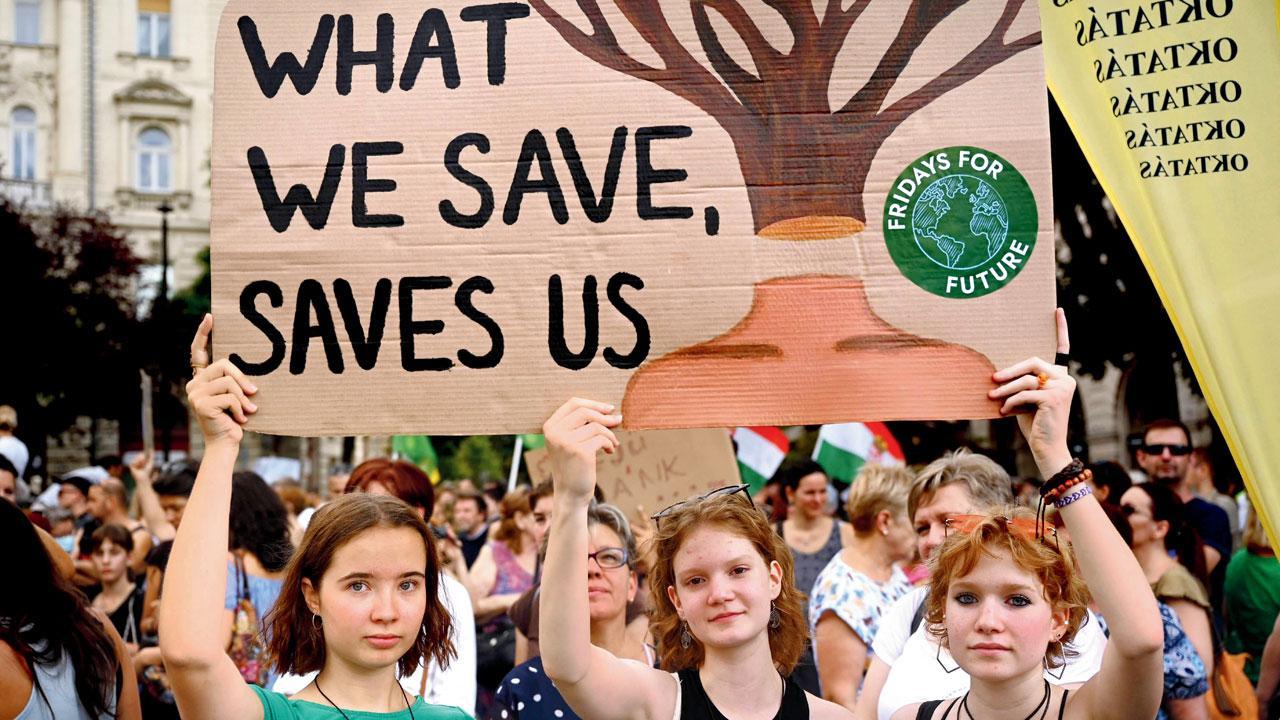 Young girls hold up a placard in front of the parliament in Budapest. Pic/AFP


Thousands of Hungarians rallied in Budapest after the government suspended nature conservation rules, particularly those for protecting forests. On August 4, the government decided to suspend the rules in order to speed up logging in the light of energy concerns. Protesters of all ages held up signs saying “Keep your hands off trees”, “Trees save lives” and “We need trees to live.”

Gergely Gulyas, head of the Prime Minister's office, argued last week that the government’s goal was that no Hungarian household should have to deal with a lack of energy. The question of heating is a key issue in Hungary, with gas prices expected to rise sharply in the cold months of this year due to high inflation and budgetary constraints. The government has cut its subsidies for households consuming over the national average, so that consumption over the threshold will have to be paid at market prices, currently seven times higher than the capped prices. In Hungary, most of the population heat with gas, but a quarter of households heat with wood.

WWF Hungary said the government decree, which came into effect on August 5, is seriously worrying not only from the perspective of nature conservation, but also in terms of the sustainability of forest management. Hungary, which is largely dependent on Russian gas, declared a “state of danger” over the energy crisis triggered by the armed conflict in Ukraine.