At least 44 people, including 15 kids were killed in 56 hours of violence that began when Israeli airstrikes hit a senior Islamic Jihad commander 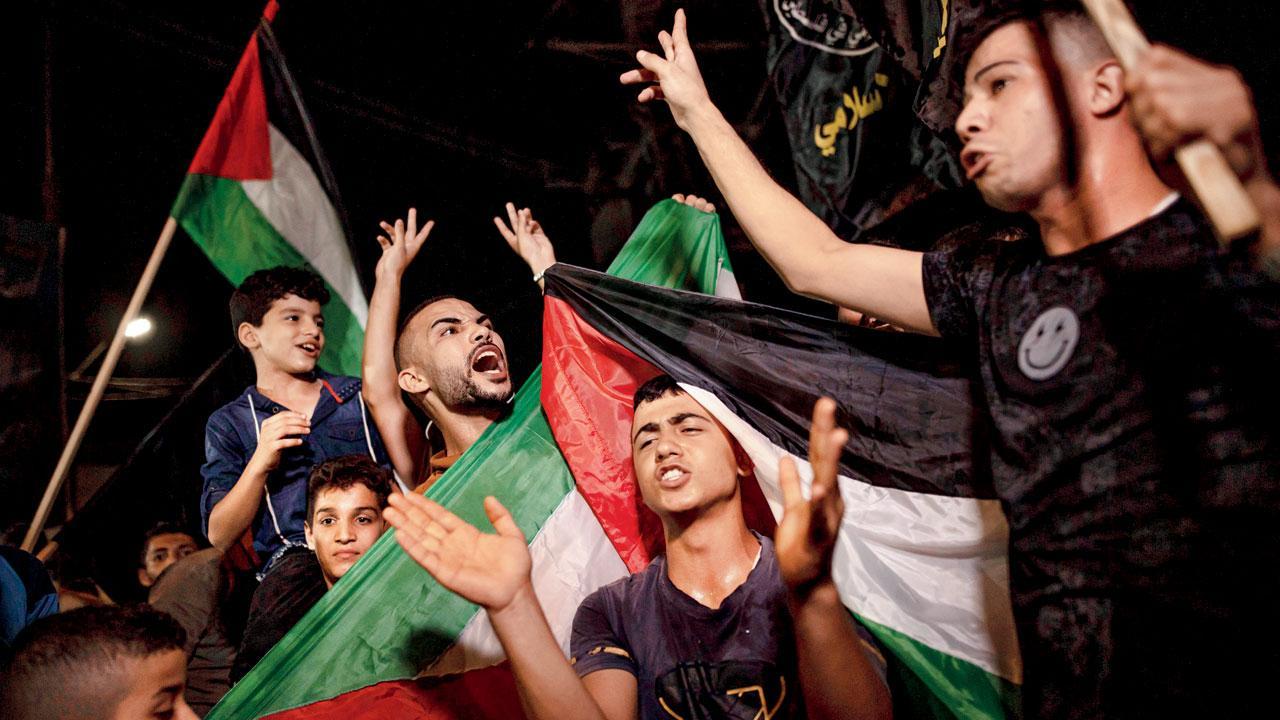 
Israel reopened border crossings into Gaza on Monday following an Egyptian-brokered ceasefire with the militant Islamic Jihad group that ended the most serious outbreak of fighting around the volatile Palestinian enclave in more than a year. At least 44 people, including 15 children, were killed in 56 hours of violence that began when Israeli airstrikes hit a senior Islamic Jihad commander. Israel said its action was a pre-emptive strike against an attack planned by the Iranian-backed group. 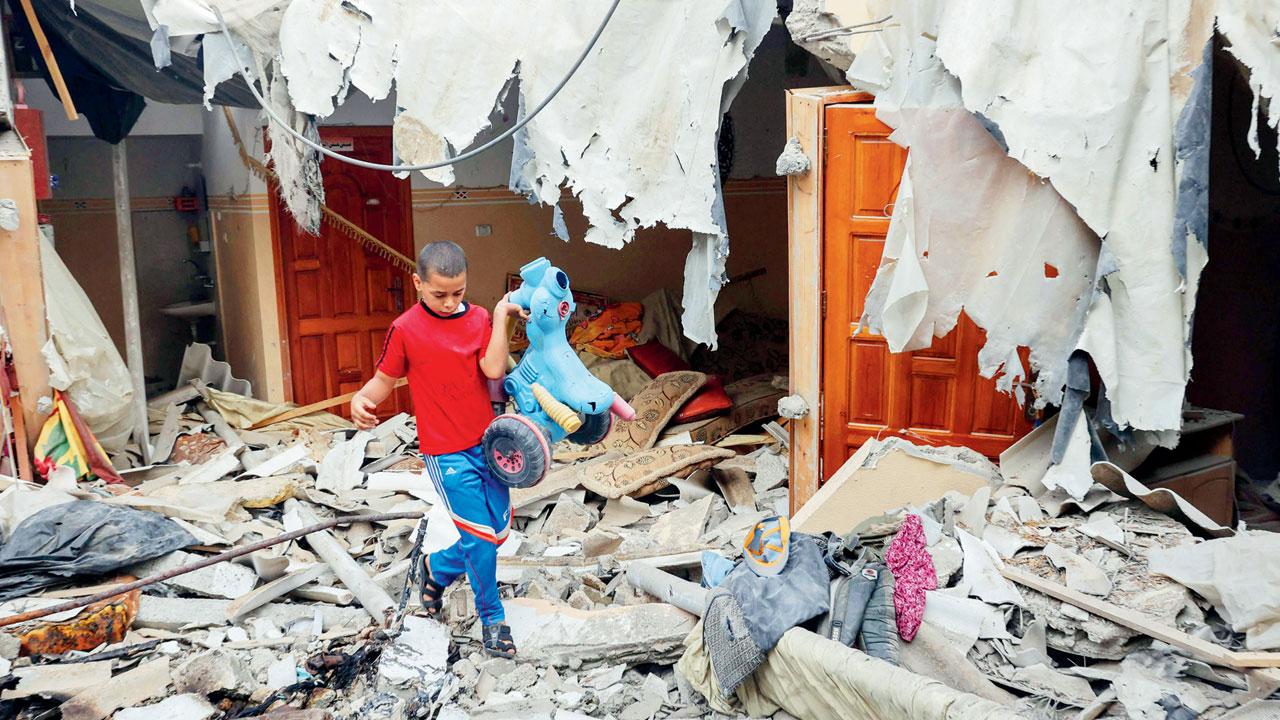 A Palestinian boy salvages a toy from his house in Rafah Monday. Pics/AP, AFP

Hundreds more people were wounded and several houses destroyed in the Gaza Strip. Palestinian militants fired more than 1,000 rockets at Israel, sending residents of southern areas and major cities including Tel Aviv fleeing to shelters. In a news conference broadcast on the pro-Iranian station Al Mayadeen following the ceasefire late on Sunday, Islamic Jihad leader Ziad al-Nakhala declared, “This is a victory.” 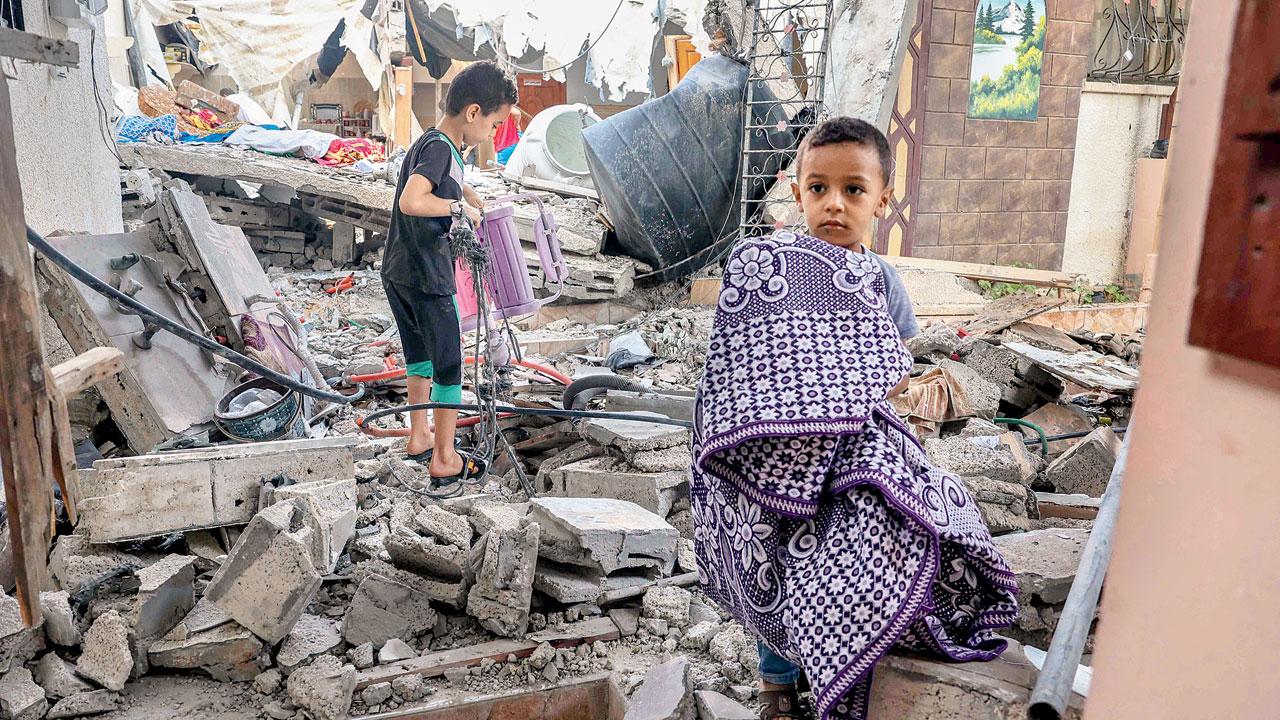 Palestinian boys salvage belongings from their house which was destroyed during the past three days of conflict with Israel in Rafah in Gaza, Monday. Pic/AFP

“There’s no doubt Islamic Jihad was dealt a serious blow from which it will take time to recover,” an Israeli military official said, pointing to the loss of two senior commanders, which he said would severely disrupt its ability to plan and carry out operations. “We did not annihilate Islamic Jihad nor was that our goal.” Israeli officials said around 20 fighters were also killed by the strikes and large quantities of anti-tank weapons and rocket production and storage facilities destroyed. A spokesman for Islamic Jihad in Gaza said the group may have suffered losses to its leadership and fighting strength but it had been able to impose conditions on Israel and maintain unity and cohesion.

“The enemy made ending the Islamic Jihad group its battle aim but such a dreaming, delusional goal failed,” he said. “We own the human element, the human miracle that can repair capabilities regardless of how humble they are.”

US President Joe Biden on Sunday (local time) welcomed the announcement of the ceasefire between Israel and Gaza-based militants after three days of hostilities. Biden said that over last 72 hours, the United States has worked with officials from Israel, the Palestinian Authority, Egypt, Qatar, Jordan, and others throughout the region to encourage a swift resolution to the conflict.

1,000
No of rockets Palestinian militants fired at Israel

Next Story : China to hold fresh drills around Taiwan