US man charged with hate crime for assaulting Indian-origin woman 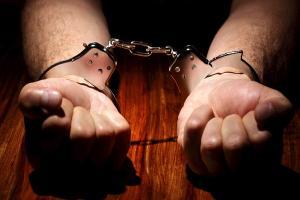 
A 54-year-old man has been charged with hate crime for assaulting an Indian-origin woman on a subway and hurling homophobic slurs at her.

Allasheed Allah from Manhattan's East Harlem neighbourhood was arrested on Thursday and charged with assault as a hate crime and aggravated harassment against 20-year-old Avneet Kaur during the November 30 attack in New York City's Queens borough, the police said.

Allah is also accused of hurling homophobic slurs at the woman before physically attacking her and leaving her with a fractured spine, NBC News reported on Friday. He faces up to 15 years in prison for the attack and will return to court on December 27.

During the incident, Allah allegedly approached the victim, who was standing with another woman, while they were riding a Manhattan-bound E train through Queens during evening rush hour.

Kaur said her friend gave her a kiss on the cheek while she was making a Snapchat. This, according to the police, made Allah angry and he flew into a rage at the sight.

The man then engaged Kaur in a verbal dispute. Threatening the women, Allah said: "Don't do that gay s**t in front of me! Do that one more time and watch what happens!"

The women tried to walk away, but Allah followed them. He approached Kaur from behind and punched her in the back of her head, causing her to fall to the ground and strike her head and neck on a pole before hitting the floor, the police said.

The victim was rushed to a hospital with a fractured spine.

The police, who had publicised a photo and video of the suspect earlier this week, said a tip from the public helped them apprehend Allah, who allegedly fled the scene of the crime.

"Queens County is the most diverse county in the nation. It is home to many races, nationalities and sexual orientations. Crimes motivated by bias - particularly those involving violence - will never be tolerated in this county," said Queens District Attorney Richard A. Brown in a statement.