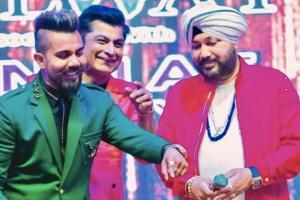 The concept of AECL was that to bring all the artists & event-related vendors and event companies at one platform and they do not just enjoy the cricket league but also make a healthy business relationship with each other. The people from event industries participated in it and enjoyed it. As its first season was held in April 2019 and was popular so official decided to bring its second season in the same year. AECL 2nd season wald held in September at Delhi’s Talkatora Cricket Ground with 19 teams and Delhi former BJP President & current member of parliament Mr Manoj Tiwari Ji was the chief guest.

Now Ashish Mathur, the founder of AECL bringing its 3rd season very soon and official date will be release announce soon and matches will be played with all the govt. guidelines & this time AECL will heal all the problems of people like medicines and will make an enjoyable for everyone. 3rd season will also be live on official AECL YouTube Channel like 1st and 2nd season.

Next Story : David Warner: Hope 25 per cent crowd is allowed for India-Aus series