Abrar Ahmed’s seven wickets on debut get Pakistan ahead

Brought on in just the ninth over, Ahmed bowled Crawley and then trapped Duckett and Root leg-before later on 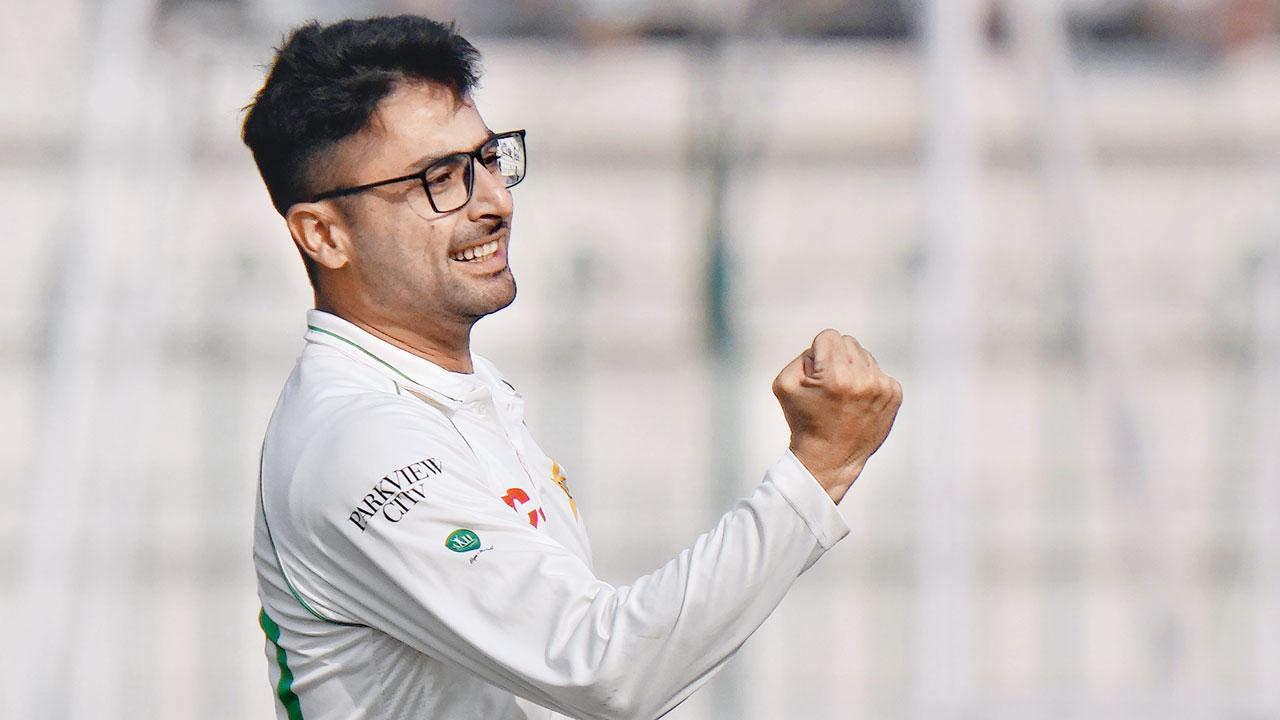 
Pakistan debutant Abrar Ahmed cast a spell over England on Friday, grabbing seven wickets as the tourists were dismissed for 281 on the opening day of the second Test in Multan.

In reply, Pakistan were 107-2 at the close. James Anderson dismissed Pakistan opener Imam-ul-Haq for a duck. Abdullah Shafique scored 14 before edging spinner Jack Leach to keeper Ollie Pope, but Babar Azam and Shaud Shakeel saw off the day with a third-wicket unbroken stand of 56.

Brought on in just the ninth over, Ahmed bowled Crawley and then trapped Duckett and Root leg-before later on. He made it 167-5 when Pope and Brook were caught off miscued shots. Ben Stokes (30) and Will Jacks (31) defied the assault for a 61-run sixth-wicket stand before Ahmed removed the England captain. Zahid Mahmood claimed the last three wickets to finish with 3-63.