Arshdeep Singh: It’s all about adaptability 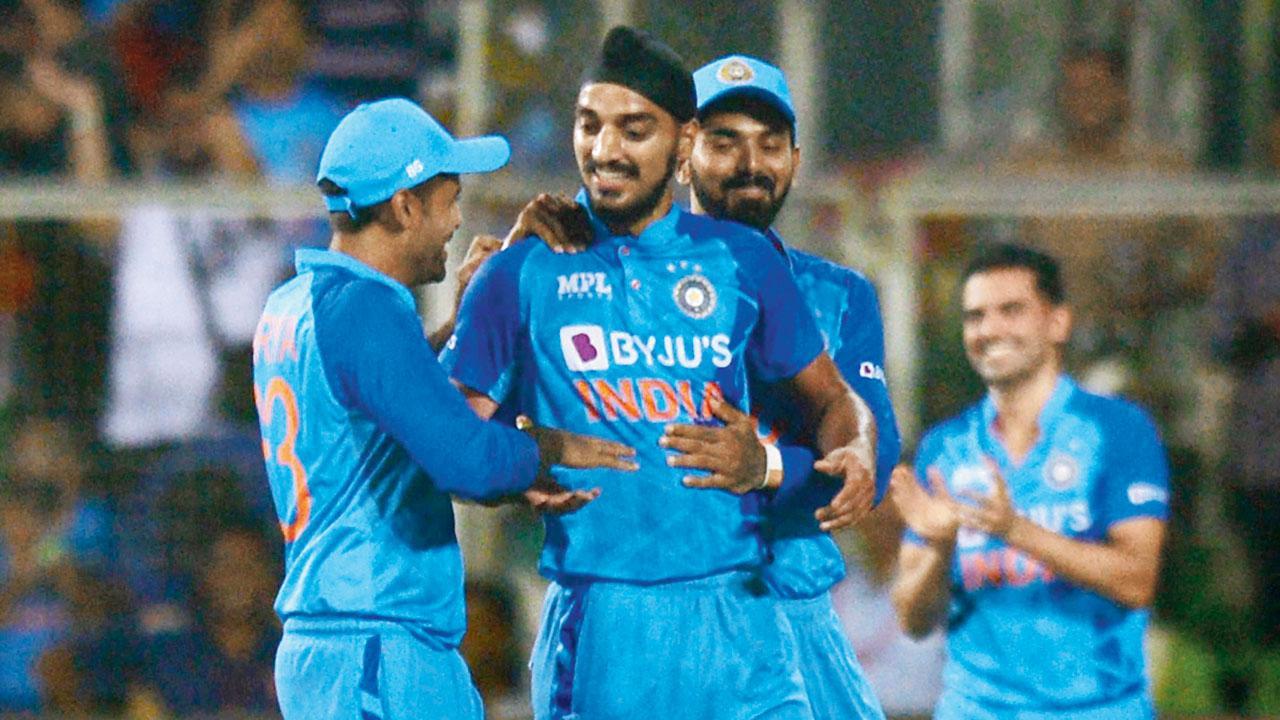 
Arshdeep Singh was rested from the three-match T20I series against Australia so that he could do conditioning-related work at the National Cricket Academy for 10 days and come back ‘fitter, stronger and fresher.’ The 23-year-old left-arm seamer was all that and more on Wednesday night, cutting a swathe through South Africa’s top order in the first of three T20Is at the Greenfield International Stadium.

His first six deliveries of the match—the second over of the South African innings—brought him the wickets of left-handers Quinton de Kock, Rilee Rossouw and David Miller. Sandwiched by strikes in the first and third overs by Deepak Chahar, it knocked the stuffing out of the Proteas, who did well to rally from 9 for 5 in 2.3 overs to post 106 for eight. But they were well beaten as KL Rahul and Suryakumar Yadav shepherded India to an eight-wicket triumph and a 1-0 lead.

Arshdeep, the Player of the Match for figures of three for 32, stressed on ‘adaptability’ as he showcased his ability to make inroads with the new ball to go with his acclaimed death-overs skills. Each of the left-handers was dismissed in a different fashion—the leaden-footed De Kock chopped a wide delivery on to his stumps, Rossouw was drawn into driving at an awayswinger that he nicked to Rishabh Pant and Miller was sucked into playing for the outswing while the ball darted back after pitching to bowl him through the gate.

“It’s all about adaptability, that’s the main motive of our team,” Arshdeep said, after revealing another facet to his bowling. Primarily known for his propensity to bowl yorkers and slower balls at the death to go with a skiddy bouncer, he has shown that he is adept at using the new ball effectively too when the conditions are to his liking. “The plan was really simple. The ball was swinging, I had to pitch it in the right places and it worked well.

“We practice with every situation in mind. Our job is, whatever the team asks of us, be adaptable to that situation. We worked really well as a pair, me and DC [Deepak Chahar] bhai.”

Also Read: Ball was swinging, plan was to pitch it in right places: Arshdeep Singh following win over South Africa in 1st T20I

‘Not worried about selection’

Arshdeep came into prominence during the last season of IPL and continued his good run this year too for Punjab Kings. It was during IPL 2022 that he was sounded out about a chance at earning India colours. “They told me you are in the plans at the backend of the IPL. The main thing is to do well in whatever matches you are playing, that’s your job, and not think about selection.”

Next Story : We must find ways to combat new ball: SA’s Maharaj