The ECB on Wednesday confirmed the bumper schedules for the 2023 women's and men's Ashes Series, where Australia men's and women's teams will face off against England in what will be a visual treat for fans from both countries and around the world. 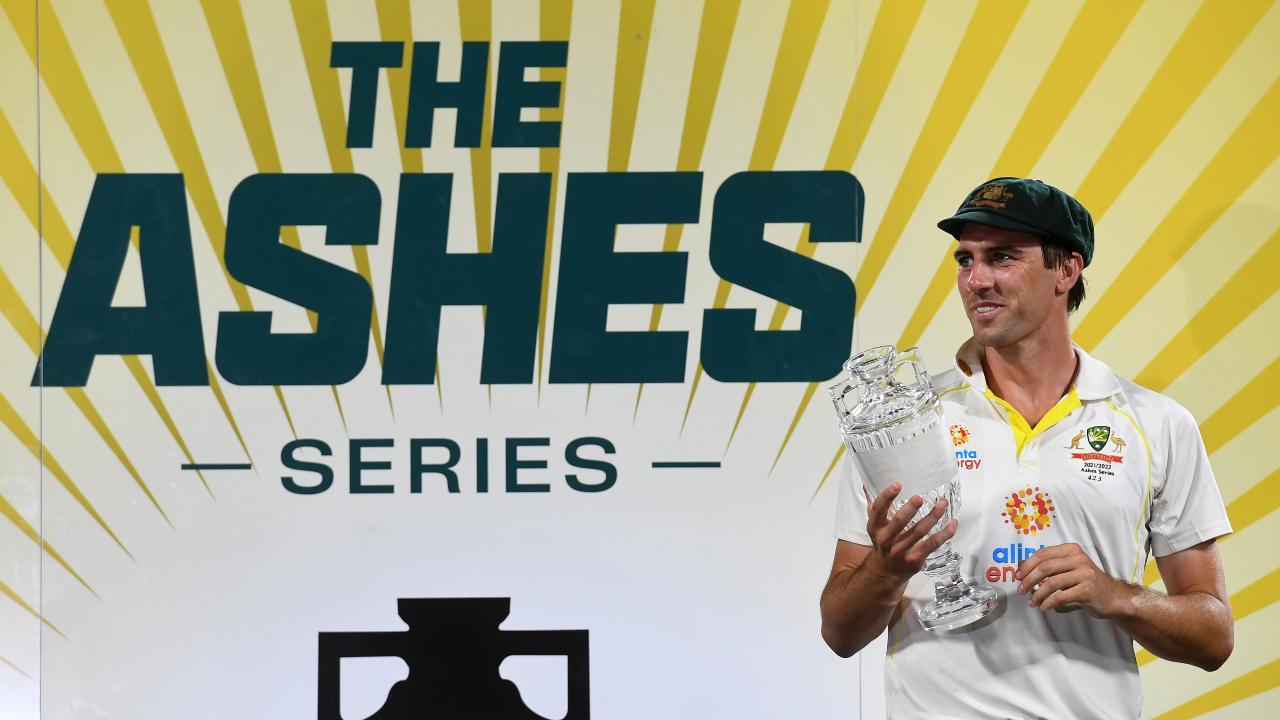 
The England and Wales Cricket Board (ECB) on Wednesday confirmed the bumper schedules for the 2023 women's and men's Ashes Series, where Australia men's and women's teams will face off against England in what will be a visual treat for fans from both countries and around the world. England men's and women's teams will hoping to regain the Ashes following defeats in Australia last winter. The five-Test men's Ashes Series begins at Edgbaston on Friday, June 16 and continues at Lord's (June 28-July 2), Headingley (July 6-10), and Old Trafford (July 19-23) before the final Test at the Oval commencing on Thursday, July 27 and ending on July 31.

Before the start of the men's Ashes, Ben Stokes & Co. will host Ireland at Lord's from June 1-4 for a one-off Test. It will also be the first time in the Ashes' 139-year history that there will be no Test played in the month of August in England. The women's multi-format Ashes will consist of one Test match (worth four points), three ODIs and three T20Is (each worth two points). The seven-match series begins with a five-day Test match at Trent Bridge on June 22, while Edgbaston, Lord's and the Oval are all scheduled to host women's Ashes T20Is for the first time. The series concludes on July 18.

After the Ashes, England men's will take on New Zealand (four T20Is and four ODIs respectively). It will be the first time the two teams will face off against each other in 50-over cricket since the historic 2019 ICC Men's Cricket World Cup final at Lord's. In September, England women will host Sri Lanka for three ODIs and as many T20Is.

"We're absolutely delighted to be hosting two Ashes series in 2023, as well as hosting Ireland Men, New Zealand Men and Sri Lanka Women. Next summer will be huge for England Women and England Men. There are few events more special in English sport than a home Ashes series and I know that Heather, Ben, and their teams, will be excited and driven by the challenge of regaining the Ashes."

"I am particularly delighted that we have announced our England Men and England Women's fixtures side by side for the first time, meaning that supporters can enter the ballot or register interest for any fixture on the same day. June and July will be very special months for cricket in this country with the buzz of two Ashes series taking place simultaneously."

"The women's game continues to grow and we have clearly entered another phase in terms of the demand for elite women's sport. We've seen record numbers flock to stadia for the second season of The Hundred. Now we want to give more fans the chance to watch England Women in person next summer as they compete for the Ashes on home soil," said Clare Connor, ECB's Interim Chief Executive Officer.

Confirmation of the Ashes Series schedules comes ahead of England's return to Australia next month for the men's Dettol T20I Series under the new leadership of former Australian women's team coach Matthew Mott.

"The Ashes series are among the most significant sporting events in world sport and we are looking forward to these highly anticipated contests in England next year. There is no bigger challenge than retaining the Ashes away from home. There is huge excitement from our teams as they look to write themselves into Ashes folklore."

"While these series are on the horizon, we're excited for the cricket immediately ahead this summer as our men's team host England across two highly anticipated Dettol T20I and ODI Series either side of the T20 World Cup," said Nick Hockley, Cricket Australia CEO.