The current home season has been one of the most successful ones for India with eight wins in nine Tests; Ask Anil Kumble about this incredible run, and the former Indian skipper credits the performance to winning key moments 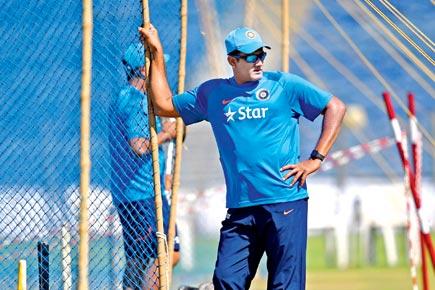 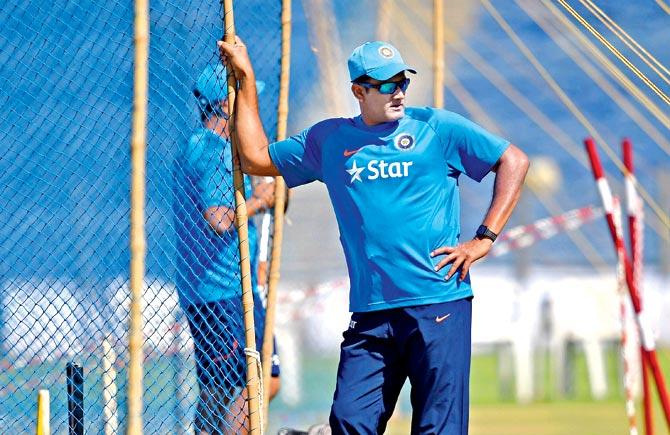 Pune: The current home season has been one of the most successful ones for the Indian team with eight wins in nine Tests. England were the only team to have managed to draw one Test. And it isn't surprising that they begin as clear favourites going into the four-Test series against Australia that begins tomorrow. Ask head coach Anil Kumble about this incredible run, and the former Indian skipper credits the performance to winning key moments. "If you look at the overall performances (throughout the home season), we might have lost an odd key moment, but we have won almost all the remaining ones," Kumble said ahead of the team's optional practice session at the MCA Stadium here yesterday.

Kumble added: "It's about recognising what is a key moment; that is where this team has been very good at. It's about individuals, and also about the skipper. Virat has been a huge contributor for us throughout this season; he has led from the front." Kumble also spoke about trying to make the youngsters self sufficient. "I'm really privileged that I've had a chance to work with this young lot over the last 10 months, to see them grow, understand and come up with solutions.

"At the end of the day, you want the team to be self-sufficient; you don't want people to keep looking behind their shoulder for advice. That's what I'm trying to create — an environment where each one learns from the other and then tries to find a solution on the field and off it as well. That's what has been really encouraging for me as a coach," remarked Kumble.