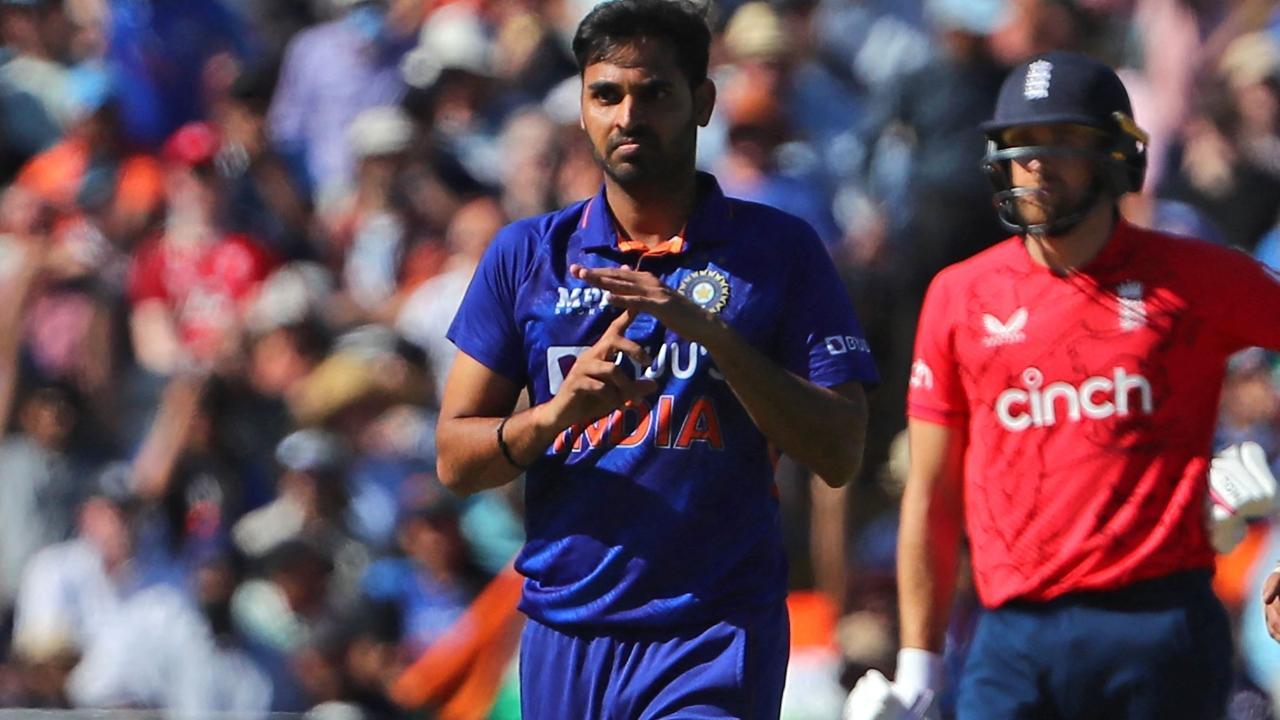 Bhuvneshwar Kumar indicates he would like a review in the 2nd T20I between England and India. Pic/ AFP


India star bowler Bhuvneshwar Kumar wreaked havoc on the England batting lineup as he went on to become the first bowler to bowl 500 dot balls in the powerplay period of T20I cricket with his stunning spell.

Bhuvneshwar gave India a perfect start defending 171 as the 32-year-old senior pacer removed English opener Jason Roy for a golden duck of the first ball of the England innings during the second T20I in Birmingham on Saturday.

The match also saw Bhuvneshwar become the first bowler to bowl 500 dot balls in the history of T20Is ahead of West Indies's Samuel Badree who has 383 dot balls in his tally and New Zealand's Tim Southee on the third spot with 368.

Coming to the match, the Indian pace attack led by Bhuvneshwar Kumar and Jasprit Bumrah feasted on English batters and delivered tight bowling performances to help the visitors clinch the T20 series after bundling out England for 121 runs within 17 overs in the second T20I here at Birmingham on Saturday.