ENG vs IND: Morale is high in both teams, says Suryakumar Yadav 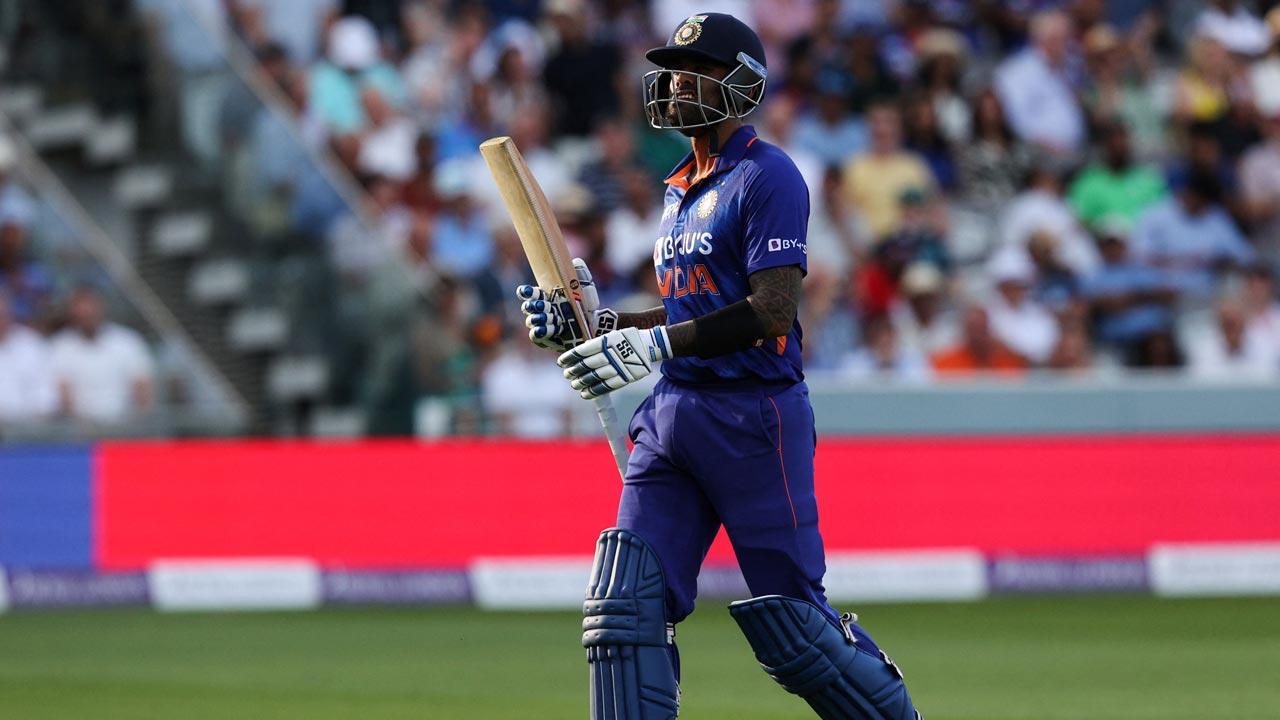 
Ahead of the third ODI of the three-match series against England on Sunday, India batter Suryakumar Yadav said that they are excited for the decider clash as the series is levelled by 1-1.

"We are not thinking too much about the game. The T20I series concluded and we won. We are excited for the 3rd ODI. It's a beautiful ground and wicket as well. We will play our best," said Suryakumar Yadav in a pre-match press conference.

Suryakumar Yadav has gained 44 slots in ICC rankings to reach a career-best fifth position after his valiant 117 in the final match of a three-T20I series against England.

The right-handed batter reached the three-figure mark in the third T20I against England at Trent Bridge, Nottingham. He completed magnificent innings of 117 (55) including 14 boundaries and 6 sixes.

Talking about his century in the last T20I, the right-handed batter said, "You get motivation from the applause to do well. As I said that I scored 100 and it was special for me. And at the same time, we had an opportunity to win. How can I do better on the ground and improve that is really important for me. When people praise you on your achievements, you get a motivation to do well."

Suryakumar praised skipper Rohit Sharma for his captaincy and said, "Rohit always tells me what can I add to my game and talks about my performance."

The English bowler Reece Topley took a six-wicket haul in the second ODI and led his team to a big 100-run win over the Men in Blue to level the series 1-1 and forced a deciding clash.

The third ODI between the two teams will be played at Old Trafford in Manchester on Sunday.

"At this time morale is high in both teams because both are playing very good cricket. As you saw in the T20, England played good cricket there and we also played some fine games. And even in ODIs, we played a good game in the first match, they (England) also did well. Now in the series decider, the morale of both teams will be high. And the energy from both sides will be good in the match. So we are waiting for tomorrow's match," Yadav said.

Yadav came in at No. 5 and scored 27(29), chopping one onto his stumps in the second ODI against the Three Lions.

"When people expect you or wait for you to play a good inning you get motivation from that. Because the more runs you score, it will make India win the match. In any game you play, there always will be pressure. If you can perform under pressure on the ground and make the team win the game then that is the biggest happiness," he said.

"In 3 or 4 years, I tried to improve by reading my game, how and in which areas can I make runs and what will be my next step, by continuously training," he added.