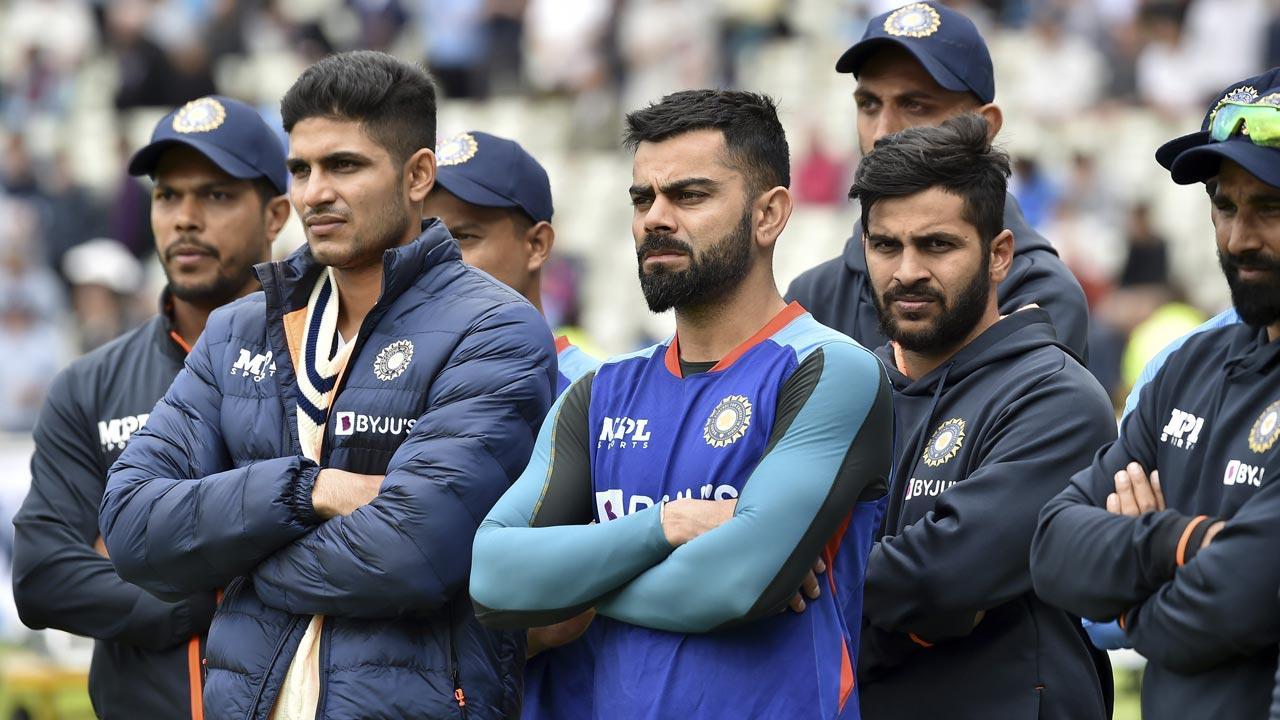 Indian players attend the presentation ceremony after their loss on the fifth day of the fifth cricket test match against England at Edgbaston in Birmingham, England. Pic/AP, PTI


An investigation has been launched into allegations of racist abuse aimed at Indian fans during the fourth day of the fifth Test between India and England at Edgbaston, ECB and Warwickshire County Cricket Club said.

Several Indian fans took to Twitter to report the racist behaviour they had to suffer from other fans on Monday night. Former Yorkshire cricketer Azeem Rafiq, whose testimony to a British parliamentary committee last year led to an investigation into claims of institutional racism at Yorkshire and resulted in major reforms, retweeted some of the social media posts describing the racist behaviour. “Disappointing to read,” he wrote.

Next Story : India were defensive and timid on Day Four: Ravi Shastri