ENG vs SA: Stuart Broad keen to show his 'ultra-competitive' side in second Test

Speaking about his performance in the first game, Broad said, "Personally, maybe I was a bit tentative, questioning my rhythm and how my action was, instead of focusing on being really competitive" 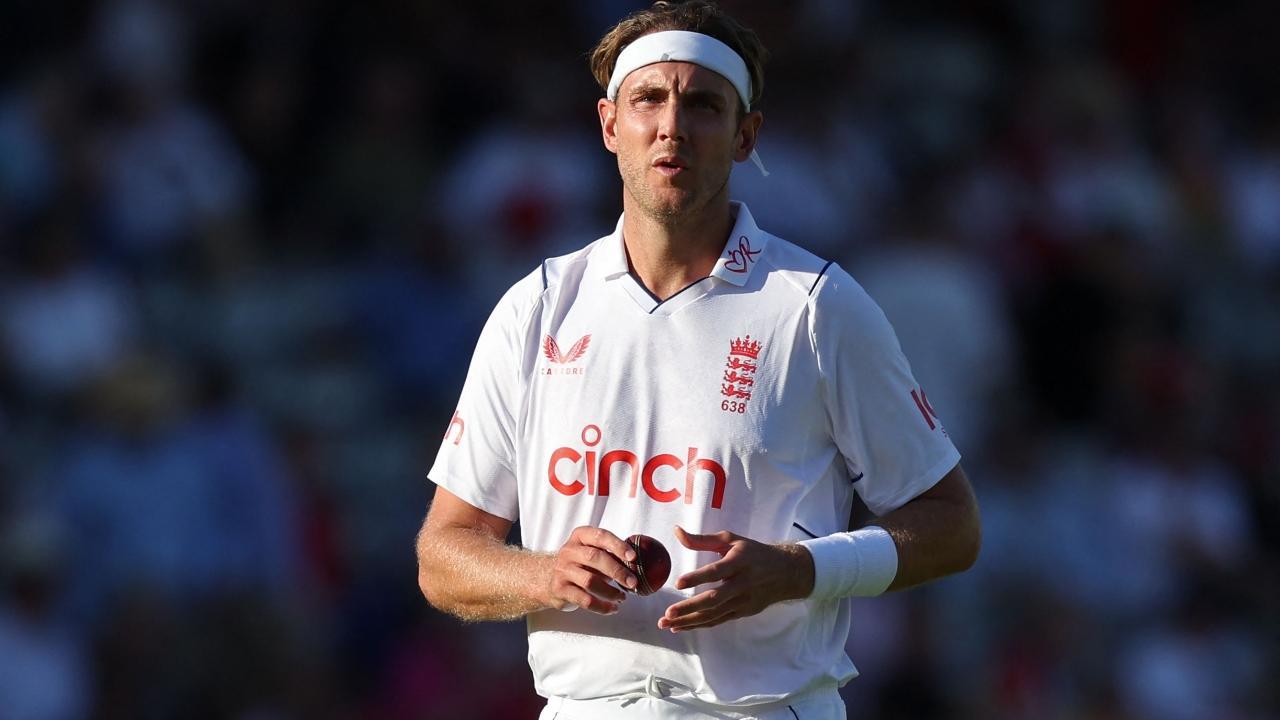 Stuart Broad walks back to his mark as he bowls during play on day 2 of the first Test match between England and South Africa. Pic/ AFP


England pace-bowling stalwart Stuart Broad has conceded he was a "bit tentative" in the opening Test against South Africa at Lord's, which the hosts lost by an innings and 12 runs inside three days, and has indicated he is going to show his "ultra-competitive" side in the second match at Old Trafford in order to help his side return to winning ways.

Even though Broad became only the second player to take 100 Test wickets at Lord's, joining long-time pace-bowling partner James Anderson, his bowling left a lot to be desired as the 36-year-old could manage just one wicket as his side was thrashed by the Proteas, who took a 1-0 lead in the three-match series.

"Personally, maybe I was a bit tentative, questioning my rhythm and how my action was, instead of focusing on being really competitive. Perhaps I didn't have that attitude of 'I'm coming for you, batter,' that people associate with me," Broad wrote in his column for Daily Mail on Sunday.

"Perhaps I erred on the side of caution because I wasn't going into the Test match-hardened. We had not played for six weeks and you only have to be slightly off in your competitive spirit for it to show at international level. So what am I going to do when I get to Old Trafford (for the second Test)? I'm going to be ultra-competitive. I've had my spell now, bowled 20 overs in a game, had a bat, took a catch. Now I'm coming to hit the arena hard," he added.

Also Read: ENG vs SA: England and McCullum likely to keep faith in Crawley despite long run of poor form

England had come into the Test against Dean Elgar's side riding on the back of four consecutive wins against New Zealand and India, their success attributed to new coach Brendon McCullum's attacking mentality. Broad said the aggressive and positive play will certainly bring more success to England while there will also be a few disappointments along the way.

"The mentality with which this England Test team is looking to approach the game means there are going to be wonderful thrills and a few spills along the way. This past week against South Africa saw the spills.

"Obviously, we had an amazing start to our summer, winning all four Tests against New Zealand and India, but we must remember that we were in positions where we could have lost each of them. We managed to come out on the winning side by playing in such a positive manner and with such a positive mentality. That didn't happen against the South Africans last week and I suppose our group would question whether we were positive enough," he added.