Everyone wants their team to win: Arshdeep Singh's parents take the trolling in a 'positive manner'

Following India's five-wicket loss to Pakistan at the ongoing Asia Cup 2022, parents of pacer Arshdeep Singh offered words of support and encouragement to their son and the entire India team 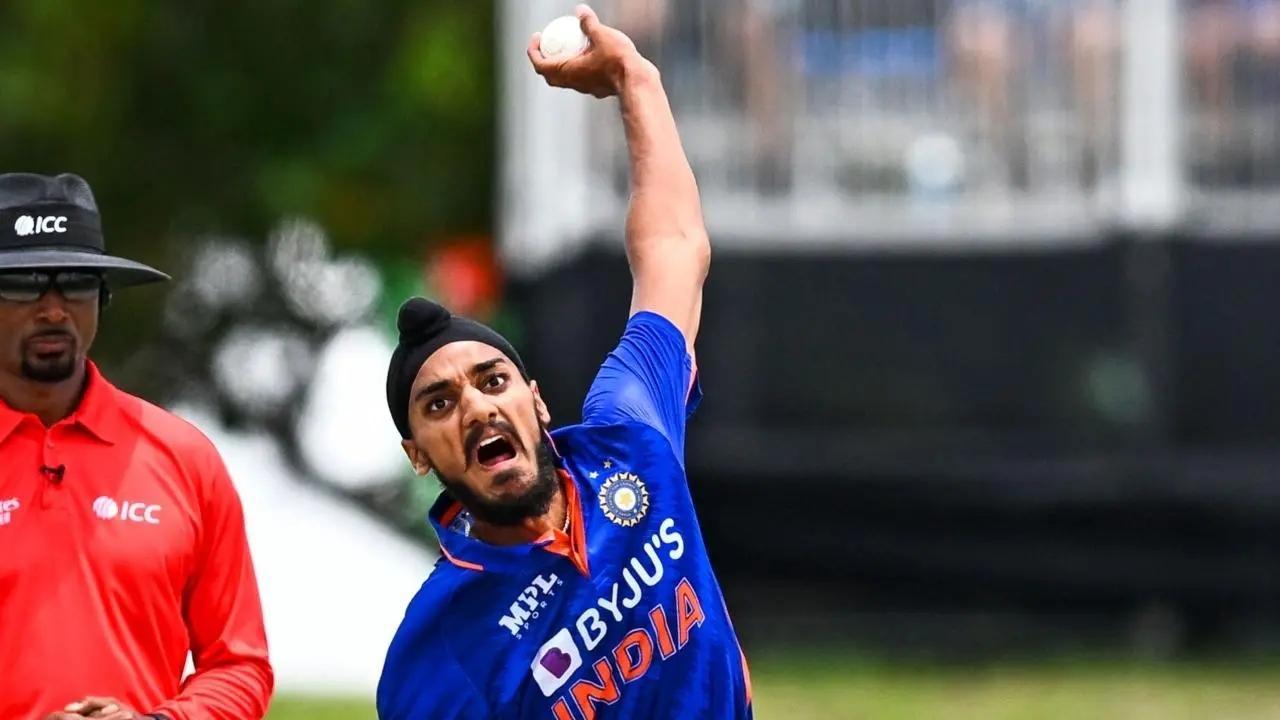 
Following India's five-wicket loss to Pakistan at the ongoing Asia Cup 2022, parents of pacer Arshdeep Singh offered words of support and encouragement to their son and the entire India team and added that the family is taking all the comments on internet in a "positive way".

The 23-year-old Indian pacer is under pressure for dropping an important catch in the 18th over of Pakistan's innings against India in the Super Four phase clash while the former were chasing 182 runs.

Singh had dropped Asif Ali, who took full advantage of the lifeline given to him as Pakistan hit pacer Bhuvneshwar Kumar for 19 runs in the next over. Arshdeep Singh was given the final over to defend seven runs, but was unsuccessful.

Arshdeep became the target of vicious online trolling after he dropped the crucial catch. The word "India" was replaced with "Khalistan" on Singh's Wikipedia page by an anonymous user even as another editor shortly undid these changes. Reportedly, some handles from Pakistan also became active. Arshdeep's father Darshan Singh said that the family was watching the match.

"Everyone wants their team to win. When it does not happen, fans take out their anger on players through their words. We are taking this all in a positive manner. The match was pretty nice," said Darshan to ANI.

Darshan said that he has talked to Arshdeep and he is currently unaffected by the comments on the internet and is instead looking towards the next game against Sri Lanka, focusing on the positives and negatives of the previous game. Pacer's mother Daljeet Kaur also said that though the match against Pakistan was lost, it is normal for mistakes to happen.

"People's work is to talk. If they criticise a player, they do so because they love him and want him to do good. We are taking it (comments on the internet) positively. We were praying that Arshdeep would stop those two runs. Dropped catches are a part of the game. But he made up for it in the next over," he added.

Arshdeep's parents hope that India and Pakistan meet for the third time during the final and India walks out with the trophy for the eighth time. They urged the fans to stay patient and support Team India.

Also Read: I do not think Team India will be under any pressure: Sri Lanka captain Shanaka

Notably, The Ministry of Electronics and Information Technology has taken note of the edited Wikipedia page linking cricketer Arshdeep Singh to Khalistan and MeitY is expected to initiate action on Wikipedia, said sources.

The Ministry of Electronics and Technology on Monday said that "no intermediary operating in India can permit this type of misinformation" after cricketer Arshdeep Singh's Wikipedia page was edited by an unregistered user, linking him to the separatist Khalistani movement.

"No intermediary operating in India can permit this type of misinformation and deliberate efforts to incitement and user harm - violates our govt's expectation of Safe & Trusted Internet," tweeted Rajeev Chandrasekhar, MoS Electronics and Technology.

Pictures were shared on social media, stating that "he was named in Khalistan squad for the 2018 under-19 World Cup." The edit history of Arshdeep's Wikipedia page revealed that the user who made those changes was unregistered and was using the internet protocol (IP) address 39.41.171.125. The user also edited his name to "Major Arshdeep Singh Langra" and a minute later, to "Major Arshdeep Singh Bajwa". Many random changes were done to Singh's game statistics.

The address allocation records showed that the particular address was allocated to the Pakistan Telecommunication Company Limited (PTCL).

Indian cricket fraternity has also come out in support of the young pacer who had dropped a crucial catch in the 18th over of the match.

Indian batter Virat Kohli had some strong words in his support and said "Even when I played my first game against Pakistan in Champions Trophy, I played a bad shot and got out. Anyone can make mistakes under pressure. It is natural to feel bad. The team environment is great right now, credit for this goes to management and the captain. So one must accept his mistake, address it and look forward to being in that pressure situation once again," said Kohli in a post-match press conference on Sunday.

He was backed by the former India spinner Harbhajan Singh, who stated that no one drops catches purposely and the young seamer should not be criticized.

"Stop criticising young @arshdeepsinghh. No one drops a catch purposely..we are proud of our boys .. Pakistan played better.. shame on such people who r putting our own guys down by saying cheap things on this platform bout Arsh and the team.. Arsh is GOLD," Harbhajan tweeted.

Coming to the match, put to bat first by Pakistan, India put on 181/7 in their 20 overs. Chasing 182, Pakistan crossed the finishing line with one ball to spare and by a margin of five wickets.

Next Story : The environment within the team is amazing: Virat Kohli