Exclusive - Rishabh Pant has matured but England will be challenging: Kapil Dev

He must spend more time in the middle and not look to hit every ball, says Kapil Dev in an exclusive interview to mid-day ahead of next month’s World Test C’ship final against NZ and five-Test series v hosts 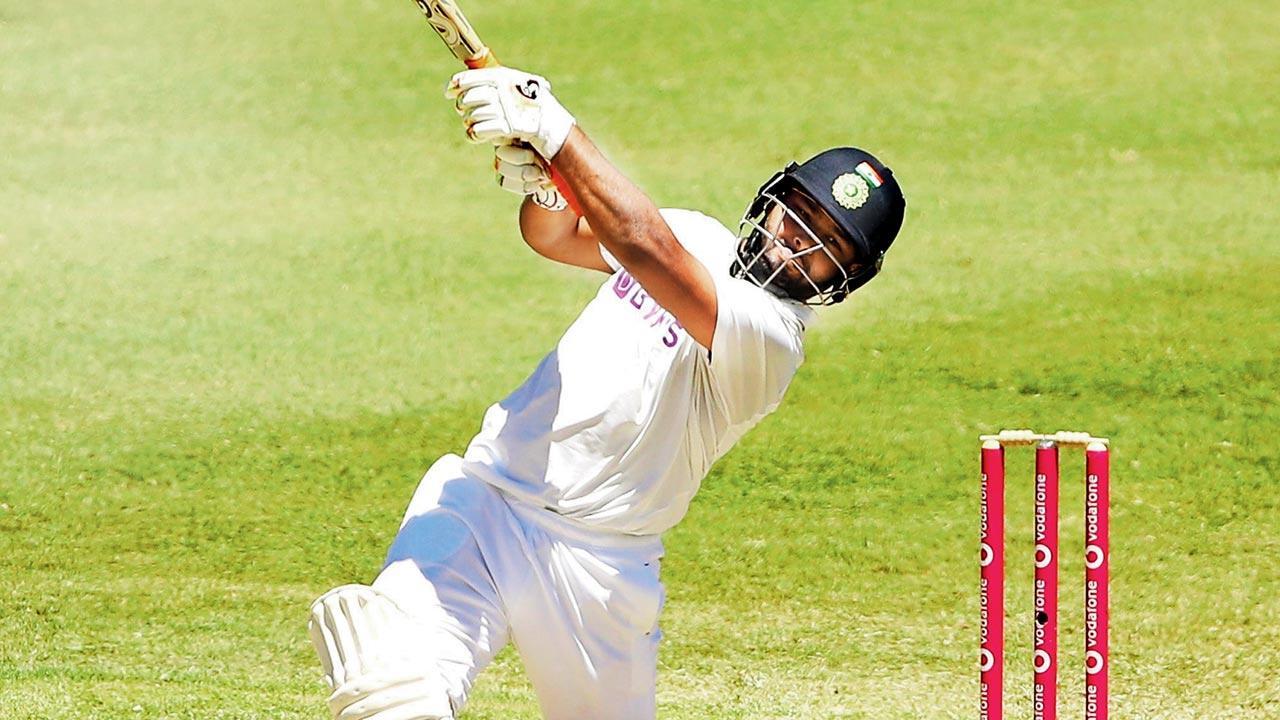 Rishabh Pant during Day Five of the third Test against Australia at the Sydney Cricket Ground on January 11. Pic/Getty Images


India would do well to take it “session by session” when they meet New Zealand in the final of the World Test Championship next month followed by the five-Test series against England.

“Test cricket is about sessions. Each can be intriguing because of the weather factor. Within minutes, it changes from sunny to cloudy. So you have to be tactically good and technically sound when you play in England,” former India captain Kapil Dev told mid-day on Tuesday.

Kapil led India to an emphatic 2-0 triumph in a three-match series in 1986 with victories at Lord’s and Leeds. Dilip Vengsarkar (two centuries) and current chief selector Chetan Sharma (16 wickets in two Tests) had played decisive roles in that series.

Kapil Dev (right) and Dilip Vengsarkar pose with a champagne bottle on the triumphant tour of England in 1986. Pic/Getty Images

Looking at the WTC final, Kapil said, “I would have preferred more than just one match to decide such an important title. Of course, these days it is not a big thing to prepare for a match. It helps to play a few matches in those conditions but that can’t be an excuse. Maybe, Lord’s would have a better venue than Rose Bowl because the ground has great history. Even Manchester [Old Trafford] would have been a good choice but there is something about celebrating a win at Lord’s.”

Southampton was chosen because the hotel is part of the ground, which is helpful in Coronavirus times.

The idea of a Test Championship appealed to Kapil. “Why not? It is something the ICC has done to popularise Test matches. There will be good cricket for the public, I am sure. I feel three-Test finals would have been great.”

A Test, noted Kapil, extracts the best out of the players. “I won’t say batsmen are better than the bowlers. You have to have a balance. India look a superior batting side. How they tackle the conditions is important. To me, India’s batting will hold the key. The bowlers provide a solid back-up to India’s cricket campaigns these days but the quality of batsmen will stand out in the final.”

For Kapil, the performance of one individual will matter a lot. He wants Rishabh Pant to play his part well. “He looks a very mature cricketer now from the time he came into the side. He seems to have far more time to play his shots and obviously his range of strokes is awesome. But England will be challenging. He must spend more time in the middle and not just look to hit every ball. We used to say the same about Rohit Sharma, who had so many shots, but would step out and get out so many times.

“Same is with Rishabh now. He is an exciting player and very valuable too. All I would tell him is take time before unfolding his range of shots. England is different.”

About Virat Kohli, who returns to overseas Test cricket, he said: “I expect him to excel. Can you really shackle him? He is a natural when it comes to adapting but I would caution him to not be over-aggressive. He will have to measure it session by session. He’ll be better off waiting for his moments of dominance. He will get his runs with a bit of patience.

“Trying too hard and too early doesn’t work in England where you need to watch the movement of the ball. If you play seam and swing well, show patience, you will succeed in England.” Recalling the 1986 series win in England, Kapil said, “We played exceptionally good cricket. I want this team to remember that England in England is tough. They are a very good team when playing at home but then, it will also depend on how the Indian bowlers adapt to the conditions and pitches. Swing will be very rewarding and here I feel England are one step ahead of India.”

Would Kapil be watching the games? “Of course. I am a big fan of Test cricket. I love watching the full day’s play. If work keeps me away from the TV, I catch up with the highlights. I always watch as much as I can. There is nothing like Test cricket.”

Next Story : Due to lockdown, Shreyas Iyer keen to train in UK