Since Saturday, when off-spin all-rounder Deepti Sharma ran out England's Charlie Dean in the 44th over at the non-striker's end to get a 16-run victory for India over England at Lord's to complete a 3-0 sweep. 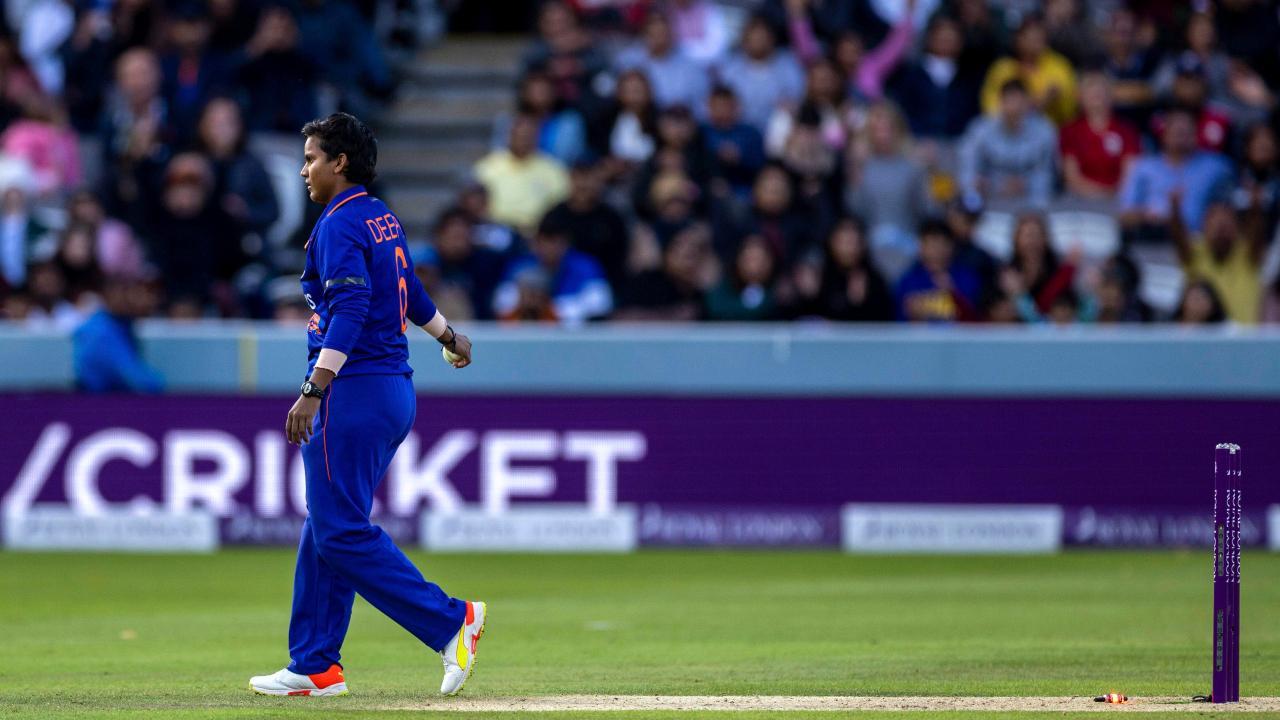 
Since Saturday, when off-spin all-rounder Deepti Sharma ran out England's Charlie Dean in the 44th over at the non-striker's end to get a 16-run victory for India over England at Lord's to complete a 3-0 sweep, the cricketing world has been divided over whether the Indian team should have warned her before effecting the run-out. Now, Deepti, who stopped in her delivery stride to run-out Charlie from the non-striker's end, has revealed that prior warnings were given to the batter before she was finally run out for backing up too far from the crease. "It was a plan because we had warned her (for leaving the crease early) repeatedly. Whatever we did things was as per the rules and guidelines. We had told the umpires as well. But still, she (Charlie Dean) was there (outside the crease). We couldn't do much," said Deepti to reporters after arriving at Kolkata airport.

With a majority of England cricketers, both men's and women's, disagreeing over the mode of dismissal apart from the spirit of cricket debate, Deepti has found people speaking in her favour, with Ravichandran Ashwin, Virender Sehwag, Wasim Jaffer and Alex Hales backing her for following the rules. Only last week, in the changes made by the International Cricket Council (ICC), the method of effecting a run out from the non-striker's end was moved from Law 41 of 'Unfair Play' to Law 38 of 'Run out' section, making it no longer an unfair mode of dismissal.

Earlier, former India captain Anjum Chopra told IANS on the sidelines of the Legends League Cricket (LLC) match between India Capitals and Gujarat Giants in New Delhi on Sunday, that Deepti had all the "rights" to run out Charlie from the non-striker's end, saying, "if it was wrong, TV Umpire would have given not out". "ICC has made these laws and it has been derived from the UK itself. Deepti had all the rights to run out a batter because the batter had left the crease prior to the delivery being bowled." "On-field umpire too had referred the decision to the third umpire and that decision came from there, so I don't think there is any confusion or any disparity as to if any side was favoured or not favoured. I don't know why there is confusion, if it was not in the laws of the game, both on-field and TV umpires would have said the batter was not out."

Talking about the 3-0 ODI series triumph and giving a fitting farewell to Jhulan, Deepti said, "Every team wants to win. We wanted to give her a good farewell by winning the game (at Lord's). As a team, whatever effort we could put in, we gave." "This is historic. For the first time, we beat England in England. We won the series 3-0 and Jhulan di had a great role to play in it. It was her final match. We will miss her on the field. We will follow her dedication on the field."

Next Story : India shouldn't feel the need to justify it by lying about warnings: Heather Knight on Deepti's comments