But to the delight of fans, India's collective batting effort, led by a sizzling Suryakumar Yadav's 61 off just 22 balls, and posting a mammoth 237/3 was enough for them to get a 16-run win and clinch the series with one game still left 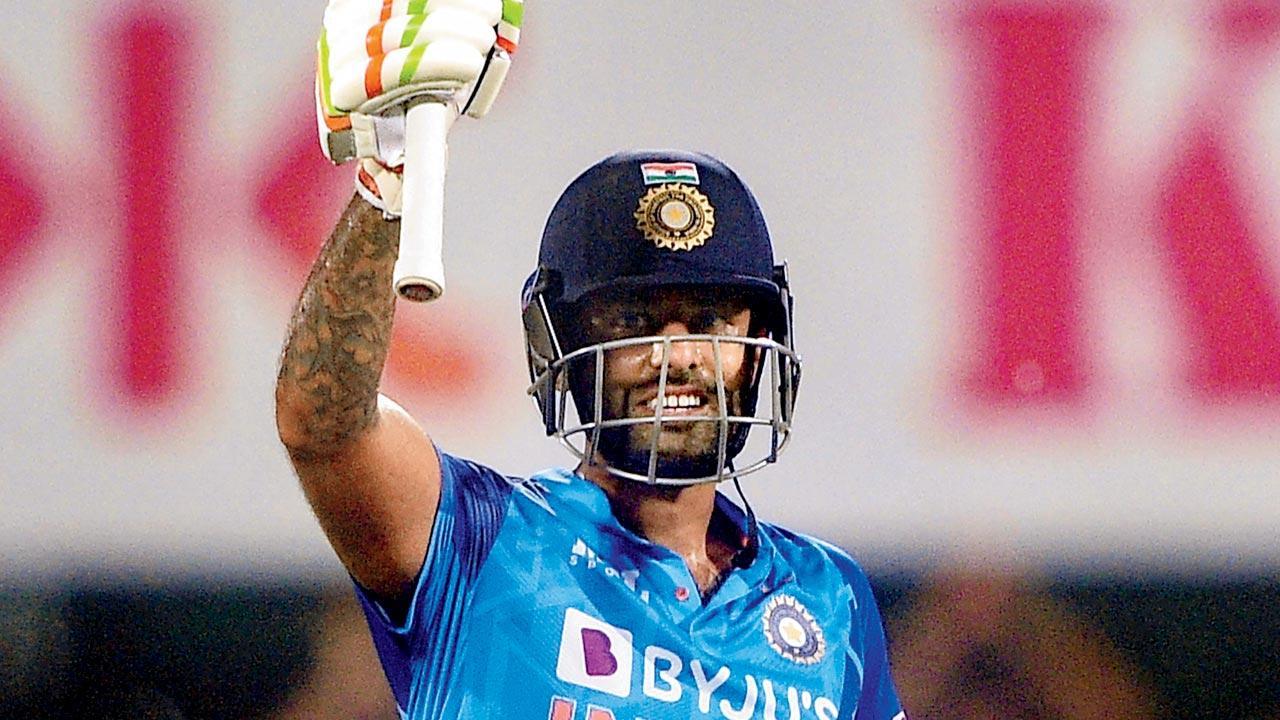 
The weather forecast for the second T20I between India and South Africa at the Barsapara Cricket Stadium in Guwahati was all about rain threatening to play spoilsport in the match. But when the match happened, there was no trace of rain. Instead, it was an absolute rain of runs in the match, with an aggregate of 458 runs giving the capacity the crowd their money's worth.

But to the delight of fans, India's collective batting effort, led by a sizzling Suryakumar Yadav's 61 off just 22 balls, and posting a mammoth 237/3 was enough for them to get a 16-run win and clinch the series with one game still left.

For South Africa, David Miller's whirlwind second T20I century, 106 not out off 47 balls and a 174-run stand off 90 balls for the fourth wicket with Quinton de Kock (69 not out) was not enough to make up for a slow start and concede their clean slate of not having lost a T20I series in India.

India were off to a fiery start right from the word go when Rahul placed a length ball from Kagiso Rabada between backward point and cover for four. The aggression from India then upped in the fourth over when Rahul nonchalantly flicked off wrists to send a Wayne Parnell delivery over deep backward square leg for six.

On the very next ball, Rahul crisply brought out a square drive off Parnell for four more, before Rohit glanced through the fine leg to make it the second four of the over. Rohit and Rahul took a four each in the next two overs off Lungi Ngidi and Keshav Maharaj to end the power-play at 57/0.

Post power-play, Rahul smacked Anrich Nortje for a brace of sixes and a four over the keeper's head. Rohit increased the thrashing on him with successive fours in the ninth over costing 21 runs. The 96-run opening stand was broken by Maharaj when Rohit dragged a slog-sweep to deep mid-wicket.

Rahul reached his fifty in 24 balls when he danced down the pitch to smack Aiden Markram over long-on for six and brought up India's hundred in the process. In the next over, Rahul missed the sweep on a skiddy delivery from Maharaj and was trapped lbw.

Suryakumar wept and cut through for fours in his first four balls to maintain the run-rate tempo. He then took Kagiso Rabada for cleaners in the 15th over - a flick off wrists went for six over deep square leg, followed by loft over long-off for four. A scoop-pull over fine leg for four was followed by a scooping flick over fine leg for six to take 22 runs of the over.

Suryakumar's carnage continued when he slapped a full toss off Ngidi over deep mid-wicket for six and followed it up with a slice over third man for four. He brought up his fifty in 18 balls with a fantastic uppercut over backward point for six on a no-ball off Parnell.

Kohli joined the boundary-hitting party with a six and two fours off Parnell, followed by a four off Ngidi. Suryakumar then brought the century of the partnership in just 41 balls with a cracking six over wide long-on, before being run out on the very next ball. Kohli hit two more fours before Karthik applied finishing touches with a four and two sixes in the final over to end a memorable batting show by India.

In reply, Arshdeep Singh had Temba Bavuma and Rilee Rossouw dismissed for successive ducks in the series in the second over of the chase. Markram stepped up to be the aggressor for South Africa, looking gorgeous in steering and punching through the off-side while pulling crisply through mid-wicket. But his promising knock ended when Axar Patel got some dip to turn it away from his attempted cover drive and hit the top of off-stump.

Despite the squeeze on the scoring rate and required run-rate climbing high, Miller took a brace of fours off Harshal Patel. In the next over, he took two sixes off Ashwin before ending the over with a pulled four. After lofting flat over long-off for six off Arshdeep, Miller reached his fifty in 25 balls.

De Kock broke the shackles of finding the ideal timing by slamming Axar for two sixes and a four on three consecutive deliveries. Miller continued to take a brace of fours off Harshal while de Kock's improved timing saw him get his fifty in 39 balls.

Miller then unleashed carnage on Arshdeep, hitting sixes over deep mid-wicket twice while nailing fours through backward point as well as bisecting long-on and deep mid-wicket to perfection to take 26 runs off the 19th over.

With India fielding with an extra fielder in the 30-yard circle in the final over, Miller hit back-to-back sixes over long-on and deep mid-wicket to get his century in 46 balls. De Kock finished the innings with a six over square leg, but it was not enough for South Africa to be on the winning side.