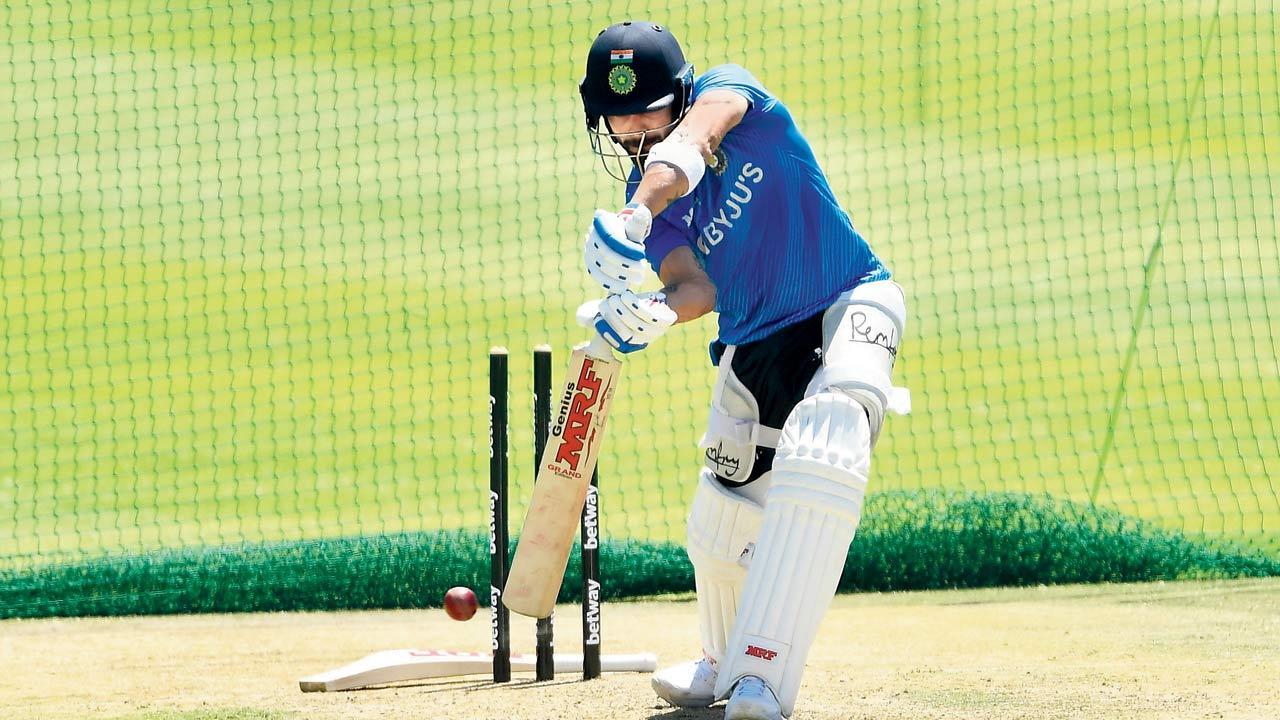 
India Test captain Virat Kohli hit the nets on Sunday and if his cover drives and off drives were any indication, he could return for the decisive third match against South Africa after missing the second game due to a back spasm.

The Indian team began training for the third and final Test hoping to recover from the defeat in Johannesburg and claim its maiden series win in the Rainbow Nation. “We are here at the picturesque Cape Town. #TeamIndia begin preparations for the 3rd Test,” the BCCI tweeted along with a picture of the Indian camp after the visiting players hit the ground running at the magnificent Newlands Stadium.

The third Test is scheduled to be played here from January 11-15. If Kohli is declared match fit, Hanuma Vihari will make way for the Indian talisman. “It’s GO time here in Cape Town. #TeamIndia all set and prepping for the series decider,” the BCCI wrote in another tweet alongside a host of pictures including Kohli batting at the nets.

Seeking to win their first-ever series on South African soil, India began the rubber on a rousing note, winning the opener at Centurion by 113 runs before succumbing to a seven-wicket defeat in the second Test at Johannesburg. The Indian team arrived at Cape Town on Saturday.