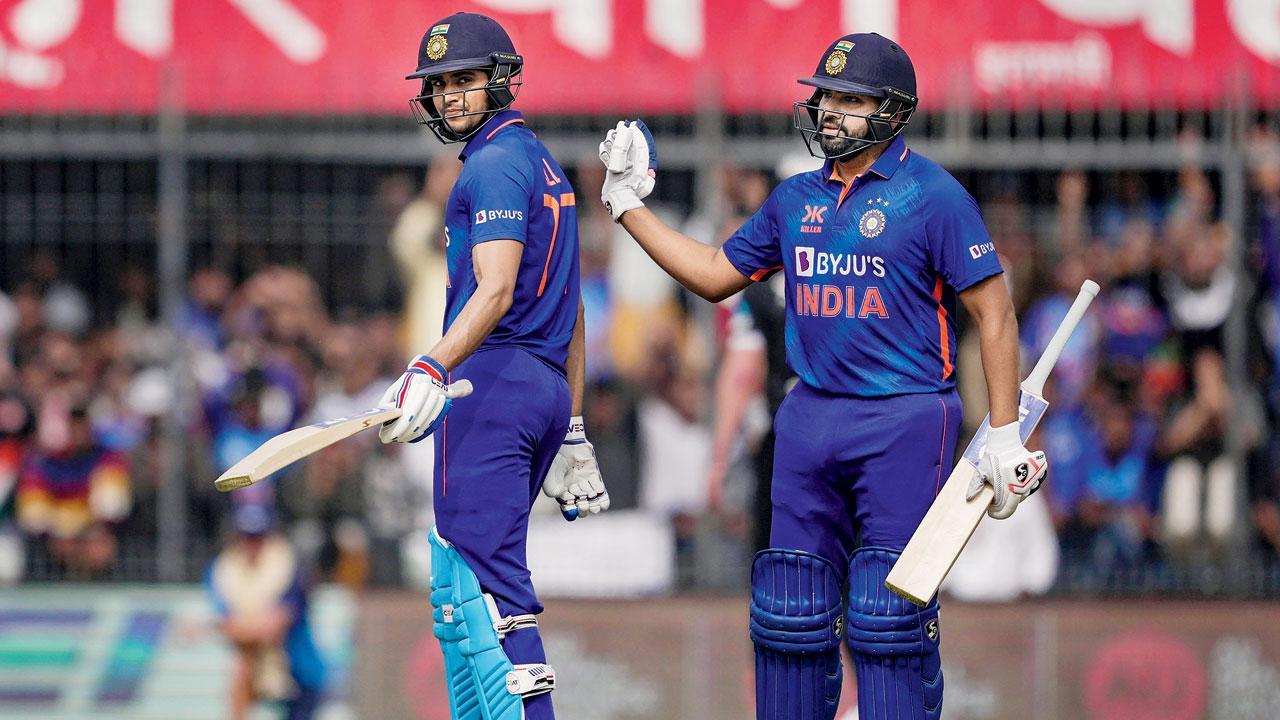 
Rohit Sharma scored his first ODI century in three years while Shubman Gill continued his explosive run to power India to 385 for nine in the third and final game against New Zealand here on Tuesday. In reply, New Zealand powered along nicely with opener Devon Conway compiling a belligerent ton (138 off 100 balls). But, the visitors failed to maintain that momentum only to be dismissed for 295 in 41.2 overs. Shardul Thakur was the pick of the Indian bowlers with figures of 3-45.

Earlier, the two Indian openers put up a belligerent 212-run opening stand as Rohit (101 off 85 balls) got to the three-figure mark for the first time since January 2020. Gill (112 off 78) got his fourth ODI hundred. Gill reached his half-century when he drove the ball square off extra cover for a stylish four. A couple of overs later Rohit, too, brought up his fifty with a flat six over Mitchell Santner’s head. Matching each other’s strike rates, the 26th over saw both Rohit and Gill getting their centuries. Rohit pulled away to deep square to get to his century. Three balls later, Gill got to the triple-figure mark.

Off-spinner Michael Bracewell got the first breakthrough. Trying to slog one out of the park, Rohit missed the ball as it kept low and hit the stumps. A miscued shot in the next over spelt the end of Gill’s innings as New Zealand struck twice in quick succession. Ishan Kishan (17) didn’t look too comfortable and took nine balls to open his account. A yes-no with Virat Kohli (36), who had sprinted halfway, marked the end of the wicketkeeper batter’s stay in the middle.