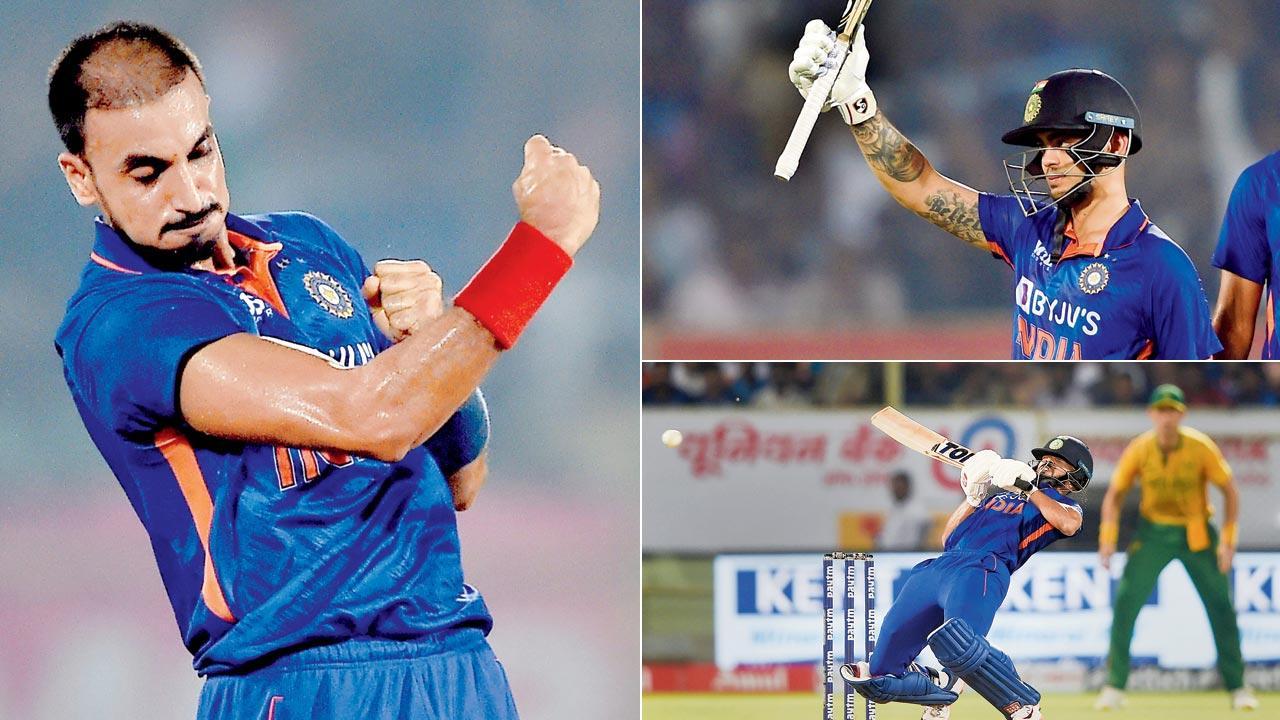 
Team India ensured they kept the five-match series alive by beating South Africa by 48 runs in the third T20I here on Tuesday.

Chasing a target of 180, the visitors were bowled out for just 131 in 19.1 overs. Heinrich Klaasen top scored for South Africa with 29 as none of their batters were able to score big.

Pacer Harshal Patel (4-20) was the pick of the Indian bowlers with 4-20 and was ably assisted by leg- spinner Yuzvendra Chahal (3-20).

Earlier, India openers Ruturaj Gaikwad and Ishan Kishan produced scintillating fifties to set the platform before India lost the momentum to stop at 179 for five.

Under the scanner for his patchy form of late, Gaikwad finally came good with a sizzling 57 off 35 balls, while Kishan smashed his second fifty of the five-match series. He made a 35-ball 54.

However, South Africa tightened the screws in the second half to keep India inside the 200-mark. The hosts managed just 20 runs while losing two wickets from over 13 to 17 before Hardik Pandya took them close to 180 with some lusty blows in the final stages.

It was Gaikwad, who turned aggressor after a watchful start and exploded in the fifth over, slamming five successive boundaries off Anrich Nortje.

If the first one was cut with aplomb, he danced down the track for the second four. The third boundary was a lucky one as the ball hit his grill while Gaikwad tried to move away from a nasty bouncer.

Gaikwad then punished Nortje for bowling a half volley and the fifth ball was sent across the third man.

The Maharashtra batter also deposited Dwaine Pretorius over deep backward square for his second six as India posted 57 for no loss in six overs, their best Powerplay in the series.

Kishan, who was playing second fiddle, got into the act in the ninth over, smacking Shamsi’s over-pitched ball for a maximum before sweeping him for another four as 13 runs came from the over.

Gaikwad completed his 50 in 30 balls and then welcomed Keshav Maharaj with an inside-out lift for a four, but the spinner caught him off his own bowling with India on 97 for one at the half-way stage.

Kishan then picked two fours and a six en off Maharaj route a 31-ball 50, his second of the series.