IND vs SA: Kuldeep castles Markram with ripper of delivery 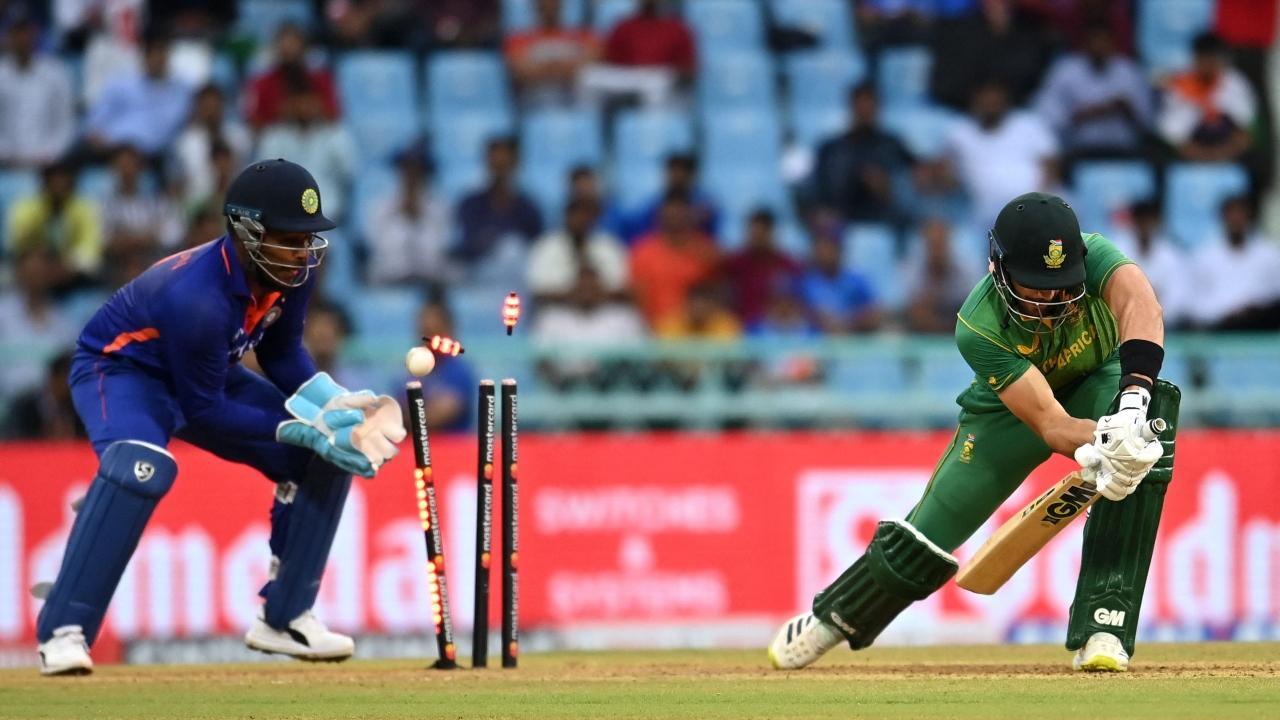 In the 16th over, Markram was yet to get off the mark and was struggling to break free from the web created by Kuldeep. On the last ball of the over, Kuldeep got the ball to drift across Markram and then spun back in sharply. Markram lunged forward to take a defensive option.

But the ball found a gap between bat and pad and went through it to rattle the top of off-stump. The ball had brushed the right-hander's front pad, but it was not enough to save him from going back to the pavilion for a five-ball duck.

Kuldeep was at his joyous best in celebration of the wicket which came in a glorious fashion. Markram, on the other hand, looked absolutely astonished over what happened with him. Kuldeep's beautiful delivery to get rid of Markram was a recreation of his famous dismissal of Pakistan's Babar Azam in the 2019 Men's Cricket World Cup match at Manchester.

In that match, Kuldeep turned one sharply back into the right-handed batter and got sharp turn to rattle his stumps, leaving cricket fans flabbergasted over how the left-arm wrist-spinner got the better of Azam in a magnificent manner.

Earlier, Ruturaj Gaikwad and Ravi Bishnoi were handed debuts in ODI cricket as India won the toss and elected to bowl first against South Africa in the series opener. Initially, the start time was pushed by 30 minutes due to rain.

After a delay of two hours, the rain gods relented for the match to happen. The match has been reduced to 40 overs per side, with each bowler to bowl a maximum of eight overs. The first power-play will be of first eight overs, followed by 24 overs of second power-play and last eight overs of third power-play.

Next Story : Soul-searched Prithvi-II all set to launch