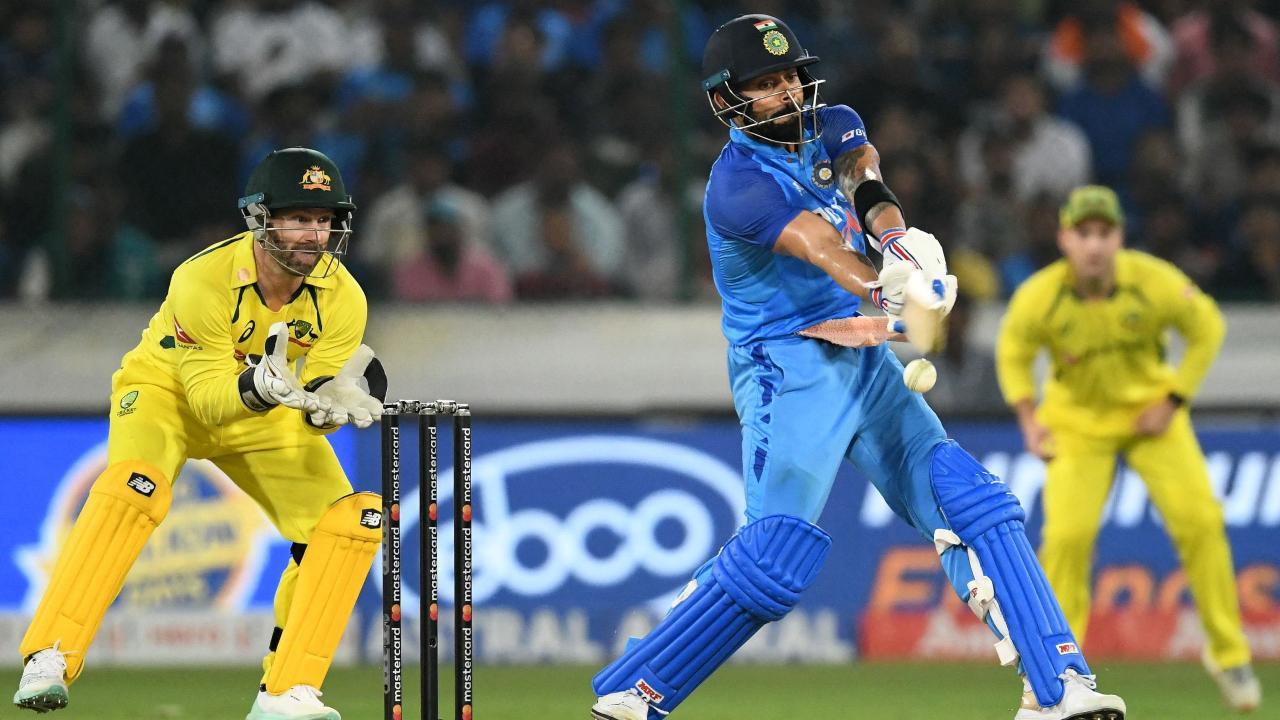 
India beat Australia by six wickets in the third and final T20I to clinch the three-match series 2-1 here on Sunday. Cameron Green (52 off 21 balls) and Tim David (54) scored the bulk of runs as Australia put 186 for 7 after being invited to bat.

India chased down the target with one ball to spare, riding on Suryakumar Yadav's 69 off 36 balls and Virat Kohli's 63 off 48 balls. Daniel Sams (2/33) claimed two wickets, while Josh Hazlewood (1/40) and Pat Cummins (1/40) accounted for one wicket each.

Next Story : Harmanpreet Kaur: This is no crime