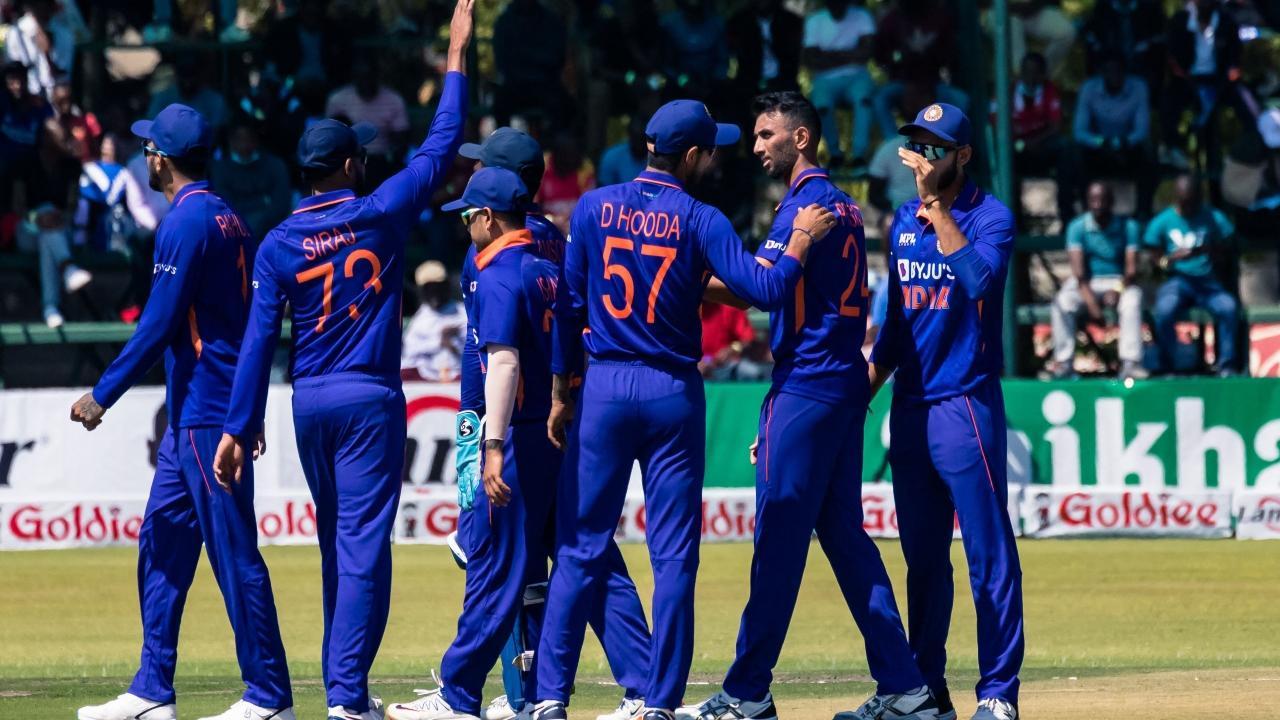 Prasidh Krishna celebrates with teammates after the dismissal of Ryan Burl during the first ODI between Zimbabwe and India. Pic/ AFP


India captain KL Rahul was very impressed with his bowling unit which fashioned a 10-wicket victory over Zimbabwe by restricting the hosts to under 200 in the first ODI here on Thursday.

Rahul, himself was making a comeback to international cricket after more than two months but decided to continue with the crack opening pair of Shubman Gill and Shikhar Dhawan, who added 192 runs for an unbroken opening stand.

"Picking up wickets was crucial. There was swing and seam movement as well. But it was good to see them (bowlers) put the ball in right areas and be disciplined," the skipper said at the post-match presentation ceremony.

Also Read: Kohli reflects on his mental health; says he felt alone in a room full of people

Three players in the first XI, Rahul, Deepak Chahar and Kuldeep Yadav were making a comeback after long rehabilitation process.

"As good as it can be, I am on the field and I am happy. We do play a lot of cricket, injuries are going to be a part of it," Rahul said.

"Being away from the game is hard. Rehab and everything everyday gets boring. We'd rather be playing 365 days than be with the physio. For a few of us, it is great to be back in the Indian dressing room."

Next Story : I feel like a youngster batting with Shubman Gill: Shikhar Dhawan