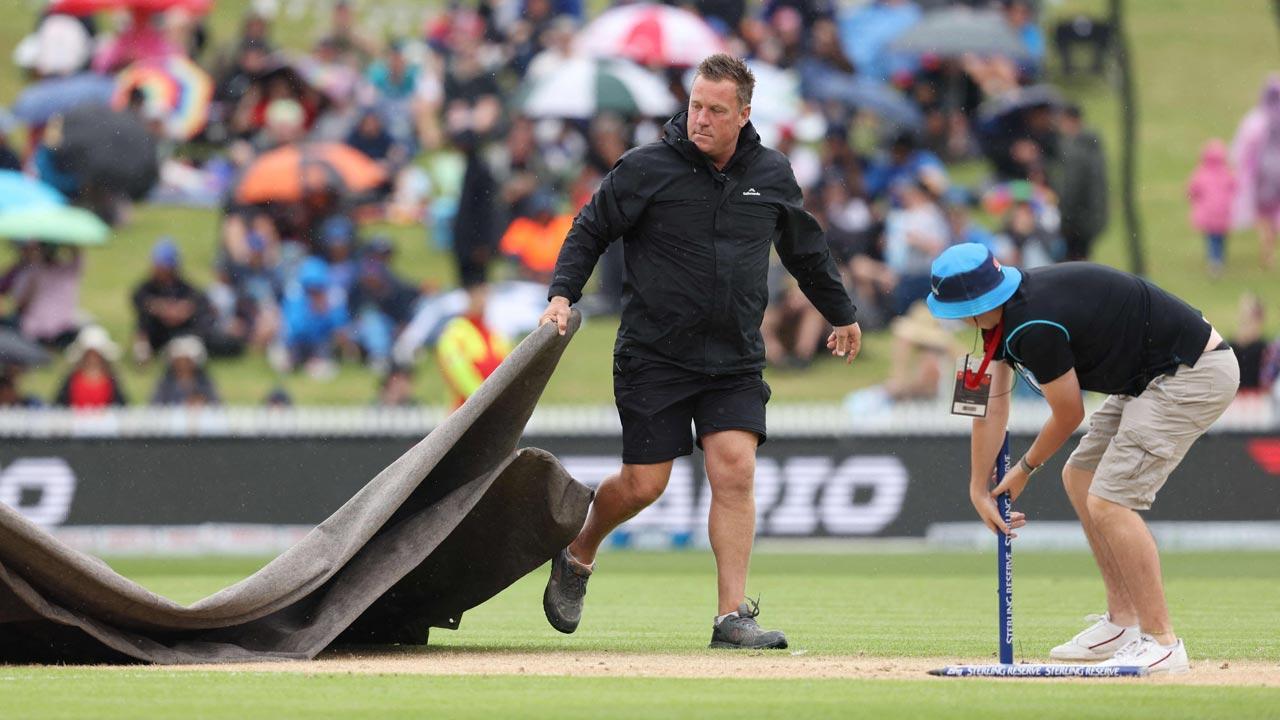 Grounds staff put the covers on as rain falls during the second one-day international cricket match between New Zealand and India at Seddon Park in Hamilton. Pic/AFP


India were 22 for no loss in 4.5 overs against New Zealand when rain stopped play in the second One-Day International at Seddon Park on Sunday.

Shubhman Gill was batting on 19 and giving him company was skipper Shikhar Dhawan (2) when skied opened up.

Also Read: Shikhar Dhawan: Latham just took the game away from us

Trailing the three-match series 0-1, it's a must-win game for India.

Next Story : IPL is best thing that has happen to Indian cricket: Gautam Gambhir