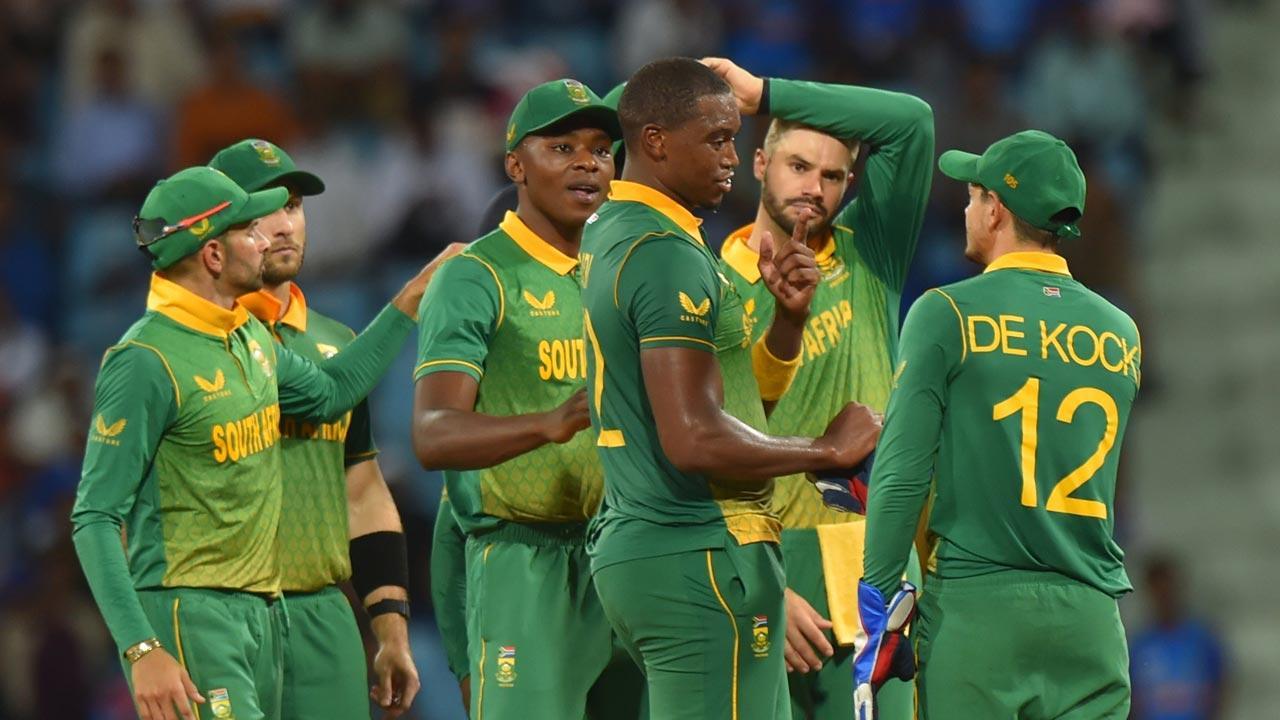 
It was the type of performance South Africa would have looked at in the rain-truncated 1st ODI against India. When the match started after a delay of over two hours, after initial setbacks the visitors did well to post a healthy 249/4 in their 40 overs on a pitch that afforded a bit of help to the bowlers. And when their turn came to bowl, they gave the Indian top order a tough time. There was a recovery but ultimately South Africa won by nine runs.

Though South Africa would have been overall satisfied by the performance, they would be concerned by the form of their skipper Temba Bavuma and Aiden Markram, who failed yet again on tour. Luckily for the visitors, their two in-form batters Heinrich Klassen and David Miller played some brilliant cricket and pulled the team out of the mire with an unbeaten 139-run partnership, that saw the team recover from a precarious 110 for four.

The two South African batsmen exposed the limitations of the Indian bowling, as again Mohammed Avesh  went for plenty of runs. Even Ravi Bishnoi who was supposed to trouble the batters conceded 69 in his eight overs. The two Indian bowlers who impressed were the ever-reliable Shardul Thakur, who swung the ball well and picked up two wickets and local wrist spinner Kuldeep Yadav, who was not only parsimonious but also picked up the prized wicket of Markram with a beauty of a delivery.

The Indians could have restricted the South Africans had they taken their catches -- there were four spilled -- and had not fielded poorly. It seems the standard of Indian fielding has gone down many notches in recent times and that has had a telling effect on the performance of the bowlers. Still, credit ought to go to Klassen, who was class personified as ever and Killer Miller, who attacked the Indian bowling to set up a challenging target for India to chase down.

India too did not have a good start as they lost their openers Shubman Gill and Shikhar Dhawan cheaply, while debutant Ruturaj Gaekwad and Ishan Kishan struggled till they were in the middle. At four down for not many on the board, it was Iyer and Samson who not only recovered the situation but also gave India a good chance to overhaul the target with some positive batting.

Next Story : We gave away too many runs, fielding too wasn't great: Shikhar Dhawan