All-rounder Deepti Sharma, who played a vital role in Indian women's team's runners-up finish at the ICC World Cup will be playing for bengal in the upcoming domestic season 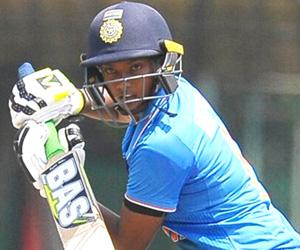 All-rounder Deepti Sharma, who played a vital role in Indian women's team's runners-up finish at the ICC World Cup will be playing for bengal in the upcoming domestic season. "I am happy that I will be spending this domestic season Jhulan di and there are other senior selectors here. It will be a good challenge for me and I hope to be groomed by them," the 20-year-old told reporters at the Eden Gardens. 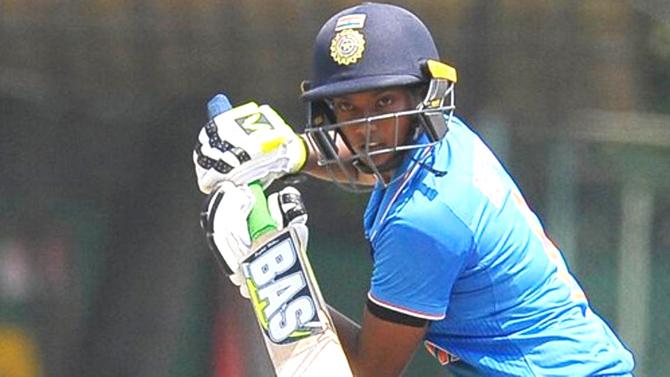 She also met former India captain and Cricket Association of Bengal president Sourav Ganguly. Bengal will be part of the Plate division for the one-dayers this season. They are grouped among 10 teams in the Elite division for the T20 competition. "My job is to work hard and grow as a player and Jhulan di's presence was a big factor -- bigger than anything else," Deepti, who was also in talks with Baroda and Railways since being granted a NoC by the Uttar Pradesh Cricket Association, said. She gave credit to her father Bhagwan Sharma, a retired chief booking supervisor with Indian Railways and brother Sumit to becoming a cricketer. "From the beginning, I was never raised as a girl. They never considered me as a girl, so i was free to go out," Deepti added.

"My brother was always by my side... I'm gradually performing step by step," Deepti who started off her journey from the Ekalavya Sports Stadium said. Deepti finished as India's highest wicket-taker in their runners-up finish in the Women's World Cup in July as she also chipped in with two half-centuries, effecting run-outs and taking back-pedalling catches, a testament to her potential as a world-class allrounder in the making.

"Nobody knew women's cricket but after finishing runners-up everybody follows women's cricket. I hope they continue to follow us. I am thankful to the great media coverage," she said.

Next Story : Bhuvneshwar Kumar will be vital to India's chances in South Africa: Simon Doull