After a string of low scores, Kohli found his rhythm enroute to a scintillating 54-ball 73 in their last match against Gujarat Titans. Kohli's return to form will be a big plus to their top-order which often has struggled to get going in the power-play 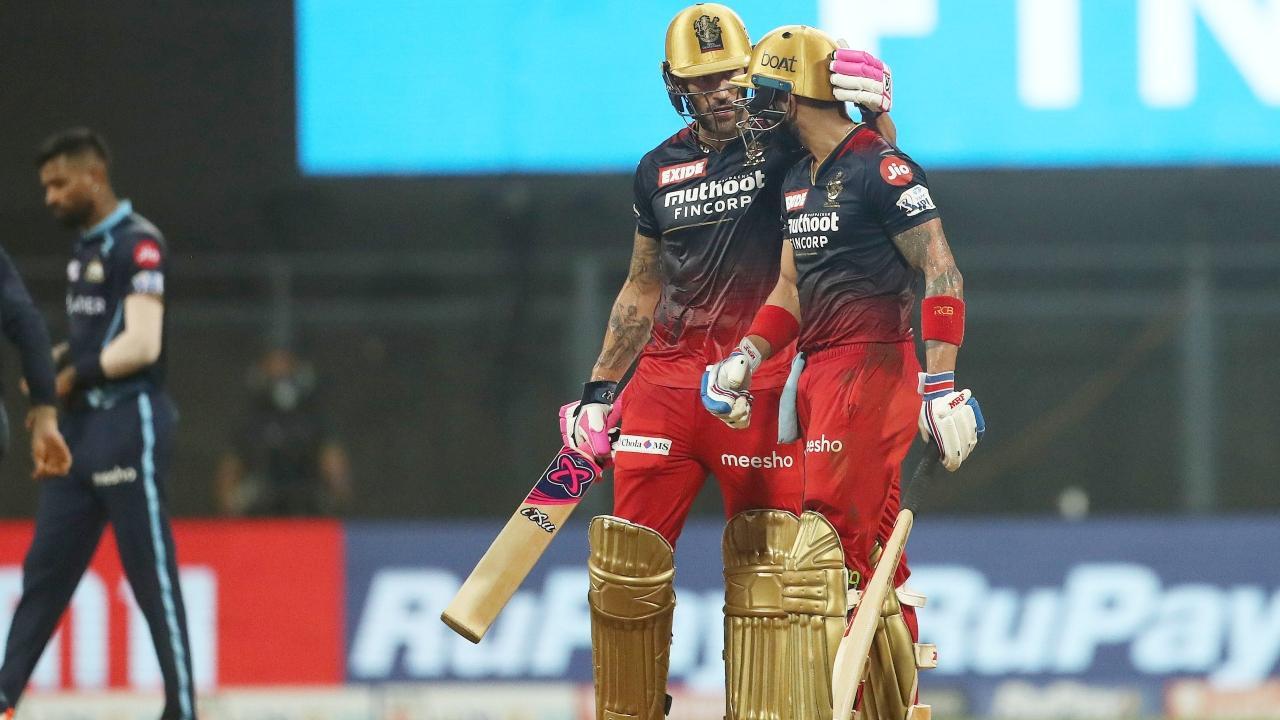 
Virat Kohli's return to form and a rather dramatic entry into the IPL play-offs will make Royal Challengers Bangalore a more confident unit when they meet a top-heavy Lucknow Super Giants in the Eliminator on Wednesday.

After a string of low scores, Kohli found his rhythm enroute to a scintillating 54-ball 73 in their last match against Gujarat Titans. This was his only second fifty this season, a visual treat for the eyes which encapsulated all the Kohli-esque shots as RCB kept their hopes alive with a fine win. But their fate was not in their own hands as they anxiously waited for a Mumbai Indians win in their game against Delhi Capitals to secure an entry into the play-offs.

Kohli's return to form will be a big plus to their top-order which often has struggled to get going in the power-play. Add Dinesh Karthik's new-found finishing exploits, a quality pace trio in Josh Hazlewood, Wanindu Hasaranga and Harshal Patel who would look to embrace the seam-friendly Eden conditions, and Faf du Plessis's calm and astute captaincy, RCB will be upbeat in their quest of an elusive IPL title.

Having featured in three IPL finals, RCB are one star-studded outfit which has failed to live up to its fans' expectations time and again. But this time under a three-time IPL winner in du Plessis, RCB look more balanced especially on the pace bowling front. Even as India speedster Mohammed Siraj (eight wickets from 13 matches) has failed to impress, the trio of Hazlewood, Hasaranga and Harshal with 57 wickets in between, have been their backbone. With fresh tracks on offer for the knockouts, the trio would look to relish the challenge.

Another big plus point for RCB this season has been India veteran wicketkeeper-batter Karthik's new-found form with the bat that has also ensured an India comeback ahead of the T20 World Cup. Assigned the role of a finisher, the 36-year-old, who was bought by RCB for Rs 5.50 crore, Karthik has played a key role in their qualification to the playoffs.

With 287 runs from 14 innings, of which he had been unbeaten nine times, Karthik has a superb strike of 191.33. RCB's experience in batting certainly will weigh heavily against the young LSG pace attack of Avesh Khan and Mohsin Khan.

Lucknow also have the experienced duo of Jason Holder and Dushmanta Chameera but they have been inconsistent this season, something that can be a cause of concern for the KL Rahul-led outfit. A key battle for RCB would be against the Lucknow Super Giants opening duo of K L Rahul and Quinton de Kock -- by far the best opening pair of this IPL -- sitting pretty on second and third places in the top run getters' list.

That they have scored 1039 runs together -- including the highest opening partnership in IPL history of 210 against Kolkata Knight Riders -- sums up their dominance. But this also will be the team's weakness as the Lucknow franchise lacks a quality middle and lower order, barring Deepak Hooda who has four half-centuries this season.

But barring the trio, no other batter has impressed to lend solidity in the middle and lower-order. The likes of Marcus Stoinis, Krunal Pandya, Ayush Badoni and Holder have failed to impress and it's high time that they get into their acts in a virtual quarter-final.

Next Story : IPL 2022: I will definitely be around IPL next year: AB De Villiers