IPL 2022: Our top-order should set up games for us: KL Rahul

The 24-run loss to Rajasthan Royals on Sunday was LSG's first back-to-back defeat in the competition, denting their chances of finishing in the top-two 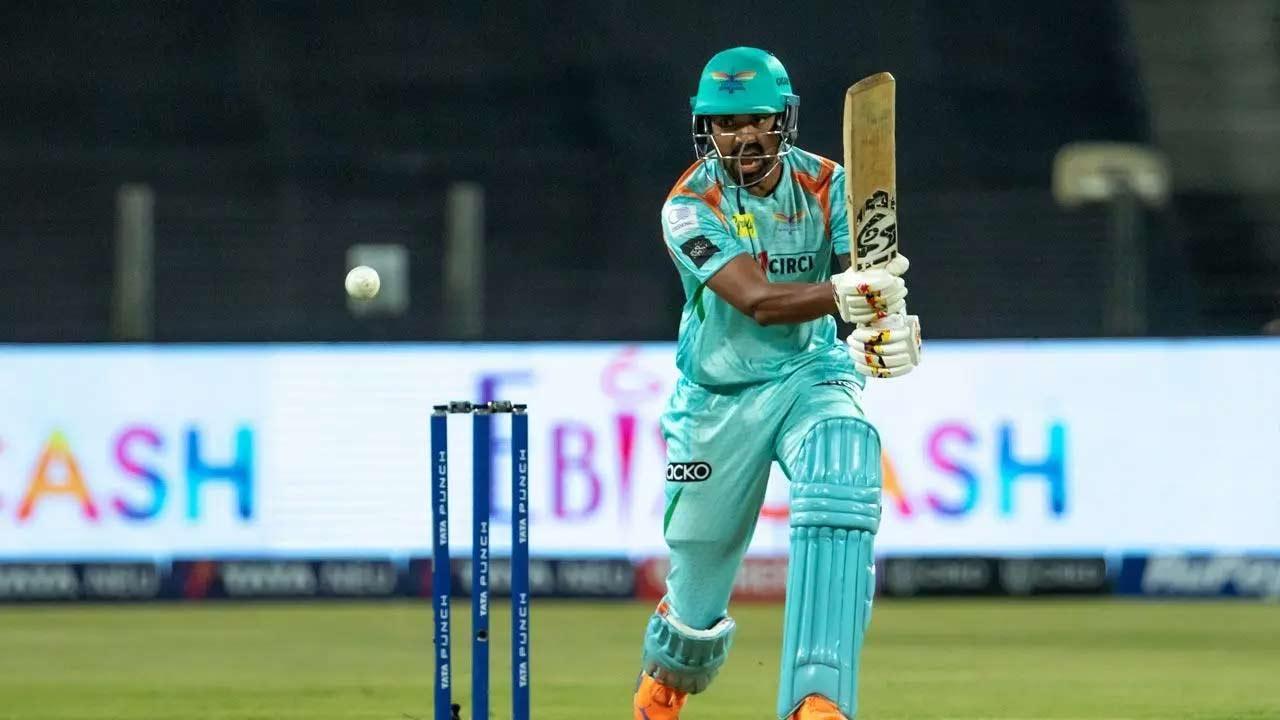 
Lucknow Super Giants skipper K L Rahul wants his top-order batters to up their game following their second consecutive loss in the Indian Premier League. The 24-run loss to Rajasthan Royals on Sunday was LSG's first back-to-back defeat in the competition, denting their chances of finishing in the top-two. They need to win their remaining game against Kolkata Knight Riders on Wednesday to finish in the top-two and get two shots at reaching the final.

"I won't lie, yes, there is a bit of pressure. We all know in this competition nothing comes easy and no point comes easy, and we've had to learn that the hard way. "We could have so easily been sitting today and could have qualified and gone into the last game with a free mindset and try to enjoy our cricket," Rahul said at the post match press conference.

Chasing 179, LSG were reduced to 29 for three which put extra pressure on the middle order. He also explained why Marcus Stoinis is batting lower down the order. "What we're trying to do is utilise players who will best suit the situation. And for us Marcus is one of those players. He has that brute force and we know that he can be really dangerous at the back end. So we just tried to hold him back a little bit. "We've given everybody different roles and it depends on which over someone gets out and who walks in. So we've kept it slightly flexible with the batting roles. This is the role we picked him to do, which is to be a finisher for us.

"But you need someone to support him at the other end. He needs and the team needs the top order to set up the game for someone like Stoinis and Jason (Holder) to come in and finish games. Which hasn't happened, unfortunately." Rajasthan entered the top-two following the win over LSG. No batters scored a fifty, yet the Royals put up a decent total. "That's what our team is all about. If you look at the win today, each and everyone who went in to bat showed intent and contributed around 10-20 runs which was very crucial in this game," skipper Sanju Samson said.

"If you look at our team we have a lot of match-winners, match-winners in the sense that they go and play their role in that particular moment. Be it only three-four overs remaining or in the PowerPlay, it's only about doing your role and sticking to it," he added.

Next Story : IPL 2022: We can't afford to repeat the previous mistakes in clash against Punjab: Kuldeep Yadav