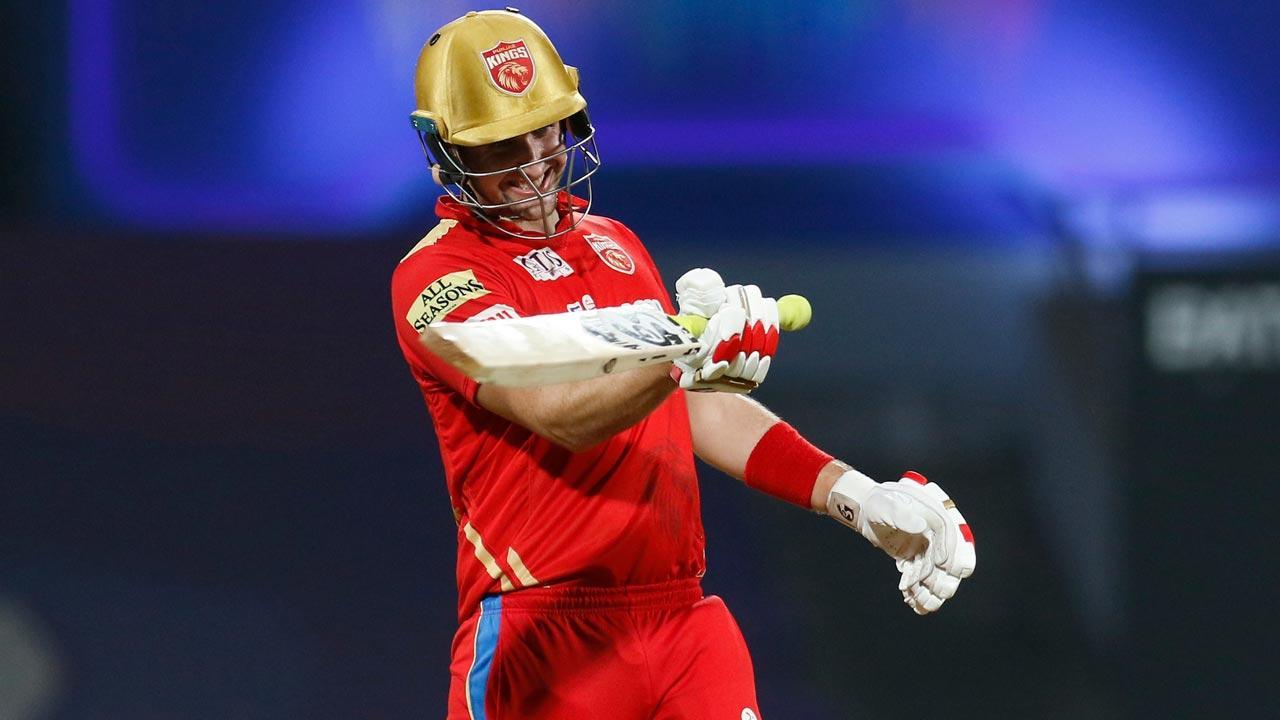 Liam Livingstone of Punjab Kings during the 48th T20 cricket match of the Indian Premier League 2022 (IPL season 15) between the Gujarat Titans and the Punjab Kings, at the DY Patil Stadium in Mumbai. Pic/PTI

The maximum of 117m by the Englishman left everyone in awe including Gujarat Titans bowler Mohammed Shami and PBKS skipper Mayank Agarwal.

Indian veteran Shami came to bowl the 16th over to limit Punjab's run limit but Livingstone had other plans as on the first delivery of the over he smashed GT pacer for the longest six of the season.

Shami bowled a short of a good length ball that pitched on off stump to which Livingstone swung and swung hard as the ball got deposited into the top tier of the Dr. DY Patil Sports Academy.

Such was the monstrosity of that six even Shami was left astounded as he was seen smiling after that biggie. While in the dugout Livinsgtone's teammate and skipper Mayank Agarwal jumped from his seat and was left dumbfounded.

This maximum was followed by two more sixes and two fours as PBKS won by 8 wickets. In total 28 runs came in that over as Livingstone finished the match in Navi Mumbai with four overs still remaining.

"I have seen Chris Gayle do that often, but this was something different," stated Punjab's head coach Anil Kumble after the game.

With this win, PBKS move to fifth place on the points table. After winning the toss Gujarat became the first team to opt to bat in a night game, after which Punjab Kings restricted them to 143/8 courtesy of Kagiso Rabada who picked up 4 wickets.

In the chase, Shikhar Dhawan steadied the innings getting his 47th IPL Fifty, after which Liam Livingstone scored 30* off 10 balls to finish the game.

Next Story : IPL 2022: Would like to string a few wins at this stage - Punjab Kings captain Mayank Agarwal