The right-arm pace duo of Jasprit Bumrah and Harshal Patel, who missed the Asia Cup 2022 in the UAE due to injuries, are all set to make a return for India's campaign in the T20 World Cup campaign in October-November 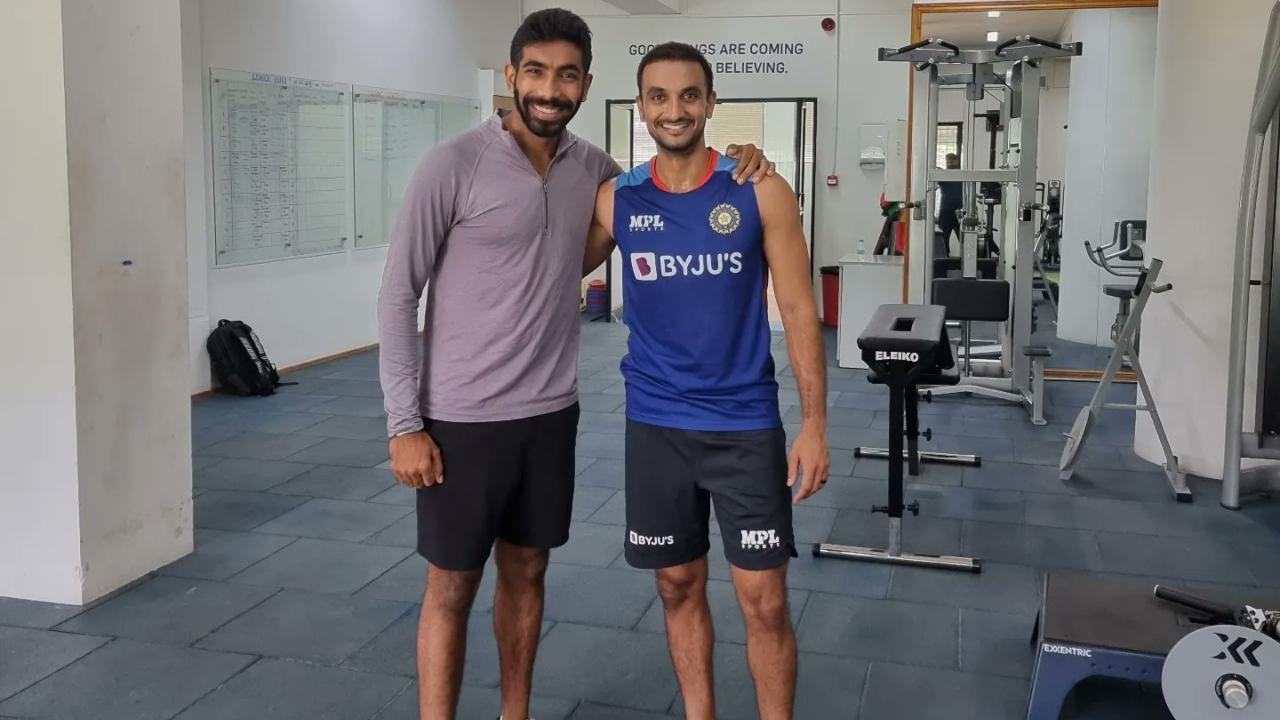 
The right-arm pace duo of Jasprit Bumrah and Harshal Patel, who missed the Asia Cup 2022 in the UAE due to injuries, are all set to make a return for India's campaign in the T20 World Cup campaign in October-November. A report in Cricbuzz says both pacers have cleared their fitness test, which is central in their bid to make a comeback to the national side.

"Both Bumrah and Harshal did not feature in India's failed campaign in the Asia Cup because of different injuries -- Harshal was out with a side strain and Bumrah was out of action since July due to a back injury. "It has been learnt that the two have regained their full fitness and bowled normally at the National Cricket Academy in Bengaluru recently. The two are believed to have finished their rehab," added the report.

Earlier, on August 8, when India's squad for Asia Cup 2022 was announced, the Board of Control for Cricket in India (BCCI) had said that Bumrah and Harshal were at the NCA. "Jasprit Bumrah and Harshal Patel were not available for selection owing to injuries. They are currently undergoing rehab at the NCA in Bengaluru." With Bumrah and Harshal all set to return to the Indian team, it means that a pacer and a spinner will have to make way to accommodate the fast-bowling duo.

Amongst the pacers, Avesh Khan might be out of the team while in spinners, leg-spinner Ravi Bishnoi could be out too. But the report said the final decision will be taken by the selection committee after consulting with the Indian team management. "There is no immediate information if Mohammed Shami, whose exclusion from the Asia Cup team has been widely criticised by experts and commentators alike, will be considered at all. The selectors, however, will see the progress of Bumrah and Harshal in the upcoming home T20I series against Australia and South Africa. Both will be made to play the matches against the visiting sides," added the report.

The report also added that the selection committee might be meeting on September 15 to select India's squad for the T20 World Cup in Australia, which is starting from October 16 and ending on November 13. Apart from accommodating Bumrah and Harshal, there will be talking points on including Deepak Hooda as well as requiring two keeper-batters in Rishabh Pant and Dinesh Karthik.

"Having undergone a knee surgery recently, Jadeja is clearly out of reckoning which means Axar Patel could retain his place but there will be discussions on Deepak Hooda and the need for two wicketkeepers -- Rishabh Pant and Dinesh Karthik. It may not be a surprise if both are selected once again but, again, it will be a call taken after picking the brains of coach Rahul Dravid and skipper Rohit Sharma," concluded the report.

Next Story : ENGW vs INDW: India lose by nine wickets against dominant England