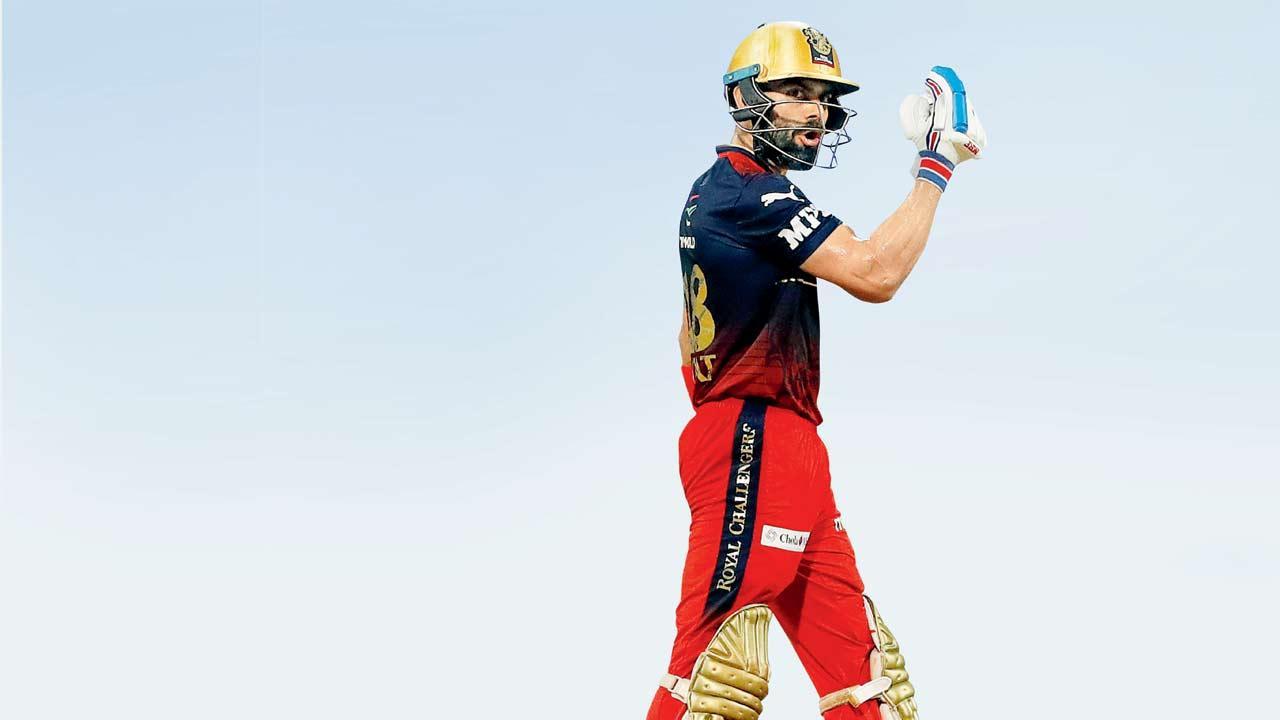 RCB opener Virat Kohli during his knock against Gujarat Titans at the Wankhede Stadium on Thursday. Pics/BCCI; IPL


What’s wrong with Virat Kohli? This was the million-dollar question that everyone kept asking throughout the Indian Premier League. But after Thursday’s enchanting performance from the batting great, the concern seemed a thing of the past.  King Kohli was back with a bang. He struck a classy 73 off 54 balls to power Royal Challengers Bangalore to a thumping eight-wicket win against table-toppers Gujarat Titans at the Wankhede Stadium.

Chasing GT’s 168-5, RCB openers Kohli and Faf du Plessis (44) put on a 115-run stand before Glenn Maxwell’s entertaining 18-ball 40 took RCB through in 18.4 overs. RCB’s hopes of making it to the playoffs rest in Mumbai Indians’ hands. If Delhi Capitals win against MI, then they go through. A loss will take RCB to the Top-4.

Nonetheless, Kohli roaring back to form was paisa vasool for the packed Wankhede crowd. In both matches against GT, Kohli smashed half-centuries. But Thursday’s one was close to a vintage knock as he stamped his authority. RCB’s director of cricket operations, Mike Hesson, who had predicted an “epic” was around the corner, was delighted with Kohli’s knock in a rare RCB win while chasing this season. 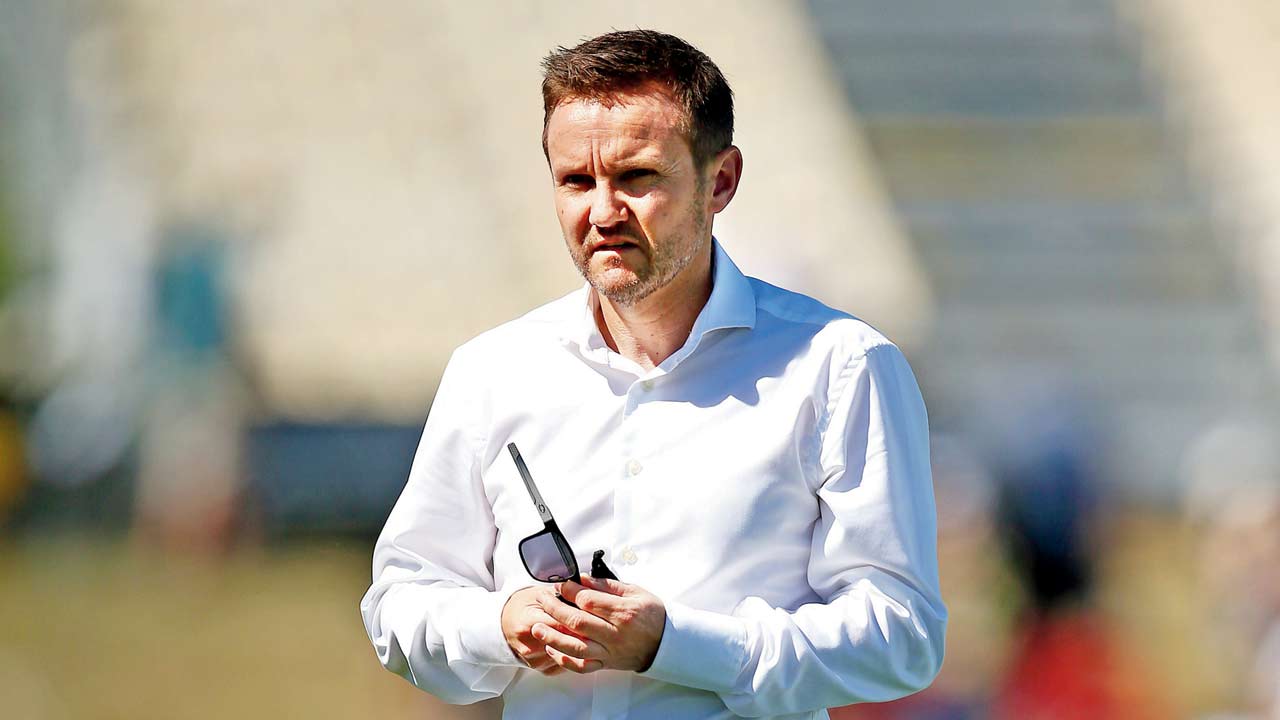 “We know Virat is the chase master and he set the tone again today. It was a crucial game for us and the big players stood up. We know when Virat is in that frame of mind, good luck [to the opposition], because he can take the game away from anyone,” Hesson said at the post-match virtual press conference.

“I am absolutely delighted. Just shows like, [in] any team if you get the top-order firing and [have] a player like Virat, then it makes the rest of the chase a lot easier,” the former New Zealand coach added. Kohli whacked anything that was short of length and whipped anything full with his signature cross-batted shots. He confidently danced down the pitch whenever the ball was in his zone.

Spinners, who have troubled him often in the IPL-15, were also shown no mercy. Using his feet once again, Kohli smacked one straight over leggie Rashid Khan’s head for a boundary in his first over. The powerful six over mid-wicket off Rashid that brought up his half-century, was simply jaw-dropping. This time Kohli looked up in the sky, raised one hand in relief, thanking the heavens. The stadium was abuzz with Kohli Kohli chants.

He made full use of his luck on 16 when Rashid misjudged and dropped a sitter at square leg off Hardik Pandya. The inside edge that went for a boundary off Hardik in the fourth over made Kohli break into an impromptu celebration.

Hesson acknowledged that the luck factor was something that Kohli desperately needed it. “He pretty much found each and every way to get out. There certainly wasn’t a pattern to those dismissals.

“The fact is that he has worked so hard in the nets, trying to find that rhythm. I guess the contest allowed him to keep that confidence up. He is only human, he can go through patches like that. He had a little bit of luck, but he deserved it,” he said.

Kohli was also in his elements, expressing vehemently even for a boundary scored by his batting partners. Although Rashid, who also dismissed Du Plessis, eventually claimed Kohli’s wicket with a beautiful stumping from Matthew Wade, the batting superstar ensured that the match was in RCB’s pocket.