The 32-year-old pacer has not reached Mohali, where the first of the three T20Is against the Aussies, is scheduled to be played on September 20 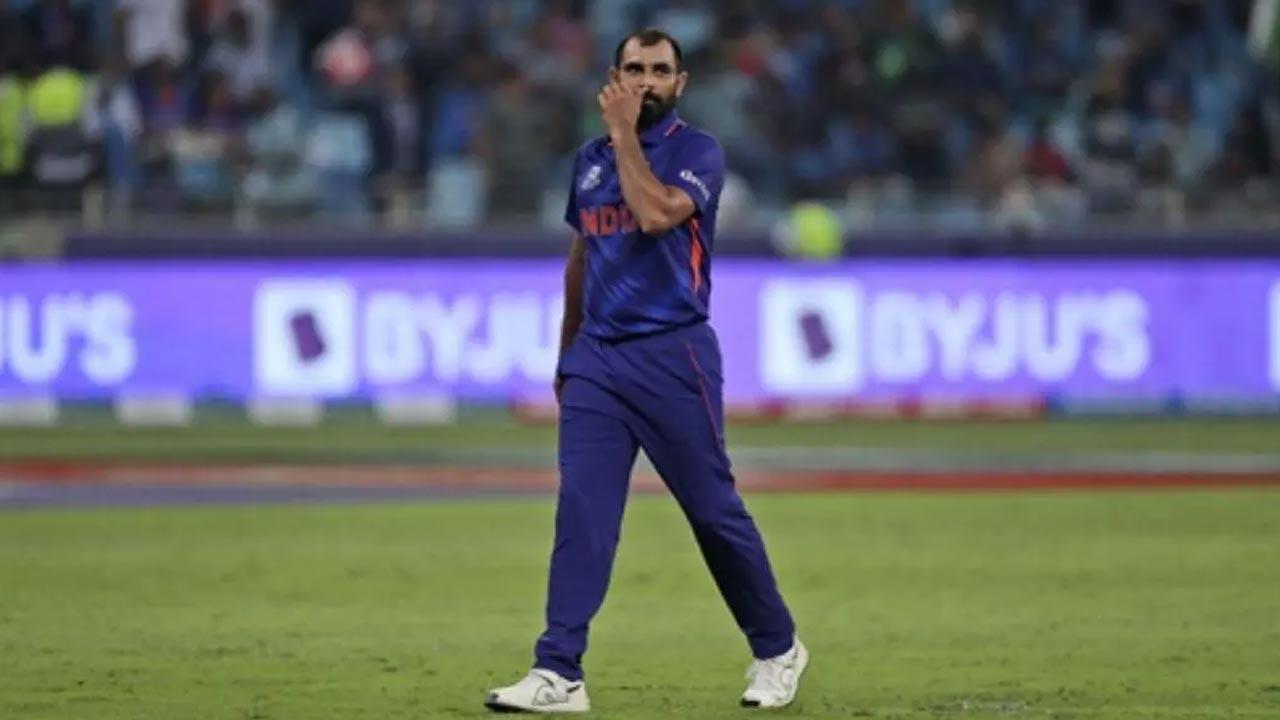 
Veteran fast-bowler Mohammed Shami has been ruled out of the upcoming India-Australia T20I series after testing positive for Covid-19.

The 32-year-old pacer has not reached Mohali, where the first of the three T20Is against the Aussies, is scheduled to be played on September 20. The BCCI and the team management got the information when the team reached Mohali. It has been learnt that the Australian team have also reached the city.

Umesh Yadav is likely to be nominated as a replacement for Shami and his availability is subject to him testing negative for the Covid-19, a Cricbuzz report said.

Notably, Umesh recently returned from an incomplete county stint with Middlesex, due to a quad muscle injury. The county said in a statement on September 17 that the pacer, who had travelled to India for an assessment with BCCI's medical team, had "not recovered sufficiently to handle the workload required in a four-day game" and hence will play no further part in the ongoing County Championship.

This is an unexpected setback for Shami, who had been picked for a T20I after almost a year. He last played a T20I in the Twenty20 World Cup in the UAE in November 2021 when he had finished with an underwhelming six for 140 in five games and a tournament economy rate of 8.84 in those games.

An impactful performance in the home series against Australia and South Africa would have given him with an opportunity to make it to the World Cup squad in case of an injury to the four pacers -- Jasprit Bumrah, Bhuvneshwar Kumar, Arshdeep Singh and Harshal Patel -- selected ahead of him.

However, now there is a question mark over Shami's availability for the subsequent three-match T20I series against South Africa, beginning on September 28. His presence for the series will depend on his recovery from Covid-19.

Meanwhile, it is a welcome break for 34-year-old Umesh Yadav into the white-ball team. The veteran pacer from Nagpur last played an ODI in October 2018 and a T20I in February 2019.