After a crushing defeat in the first ODI in Auckland and a wash-off due to rain in the second game, Shikhar Dhawan-led India will look to level the series in the third match against Kane Williamson's New Zealand at Hagley Oval in Christchurch 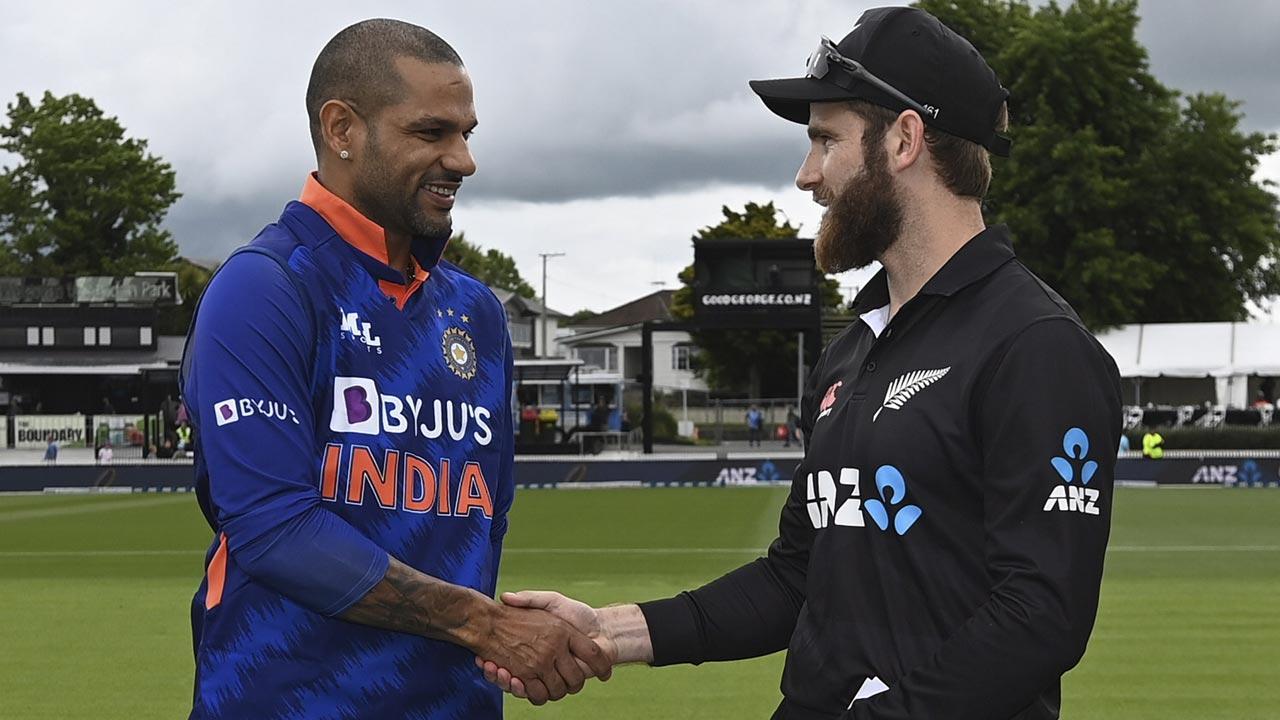 
New Zealand captain Kane Williamson won the toss and opted to bowl against India in the third game of the three-match ODI series here at Hagley Oval in Christchurch on Wednesday.

After a crushing defeat in the first ODI in Auckland and a wash-off due to rain in the second game, Shikhar Dhawan-led India will look to level the series in the third match against Kane Williamson's New Zealand at Hagley Oval in Christchurch.

While New Zealand made one change and brought in Adam Milne for Michael Bracewell, India went into the match unchanged.

"We're gonna have a bowl first. Obviously the overhead conditions and green tinge, so. All our grounds are a bit different. It was a good team performance (in the first ODI), put under pressure and we responded well. The surface here generally has a lot of bounce. One change, Milne comes in for Bracewell," said Kane Williamson after winning the toss.

"You always go with the mindet of winning. We are relaxed in the dressing room and are switching on whenever needed. We're just sticking to the processes. More grass on this surface, would have liked to bowl as well but we need to bat well. Last game I thought it would seam a lot, but it played well. Shubman has batted well, even Surya. It's about being positive and creating momentum. Same team," said Shikhar Dhawan during the toss.

Next Story : Washington Sundar's 51 carries India to a modest 219 against New Zealand