New Zealand racked up a mammoth score of 254 on the board, a new record for them, to thrash Scotland in the 2nd T20I 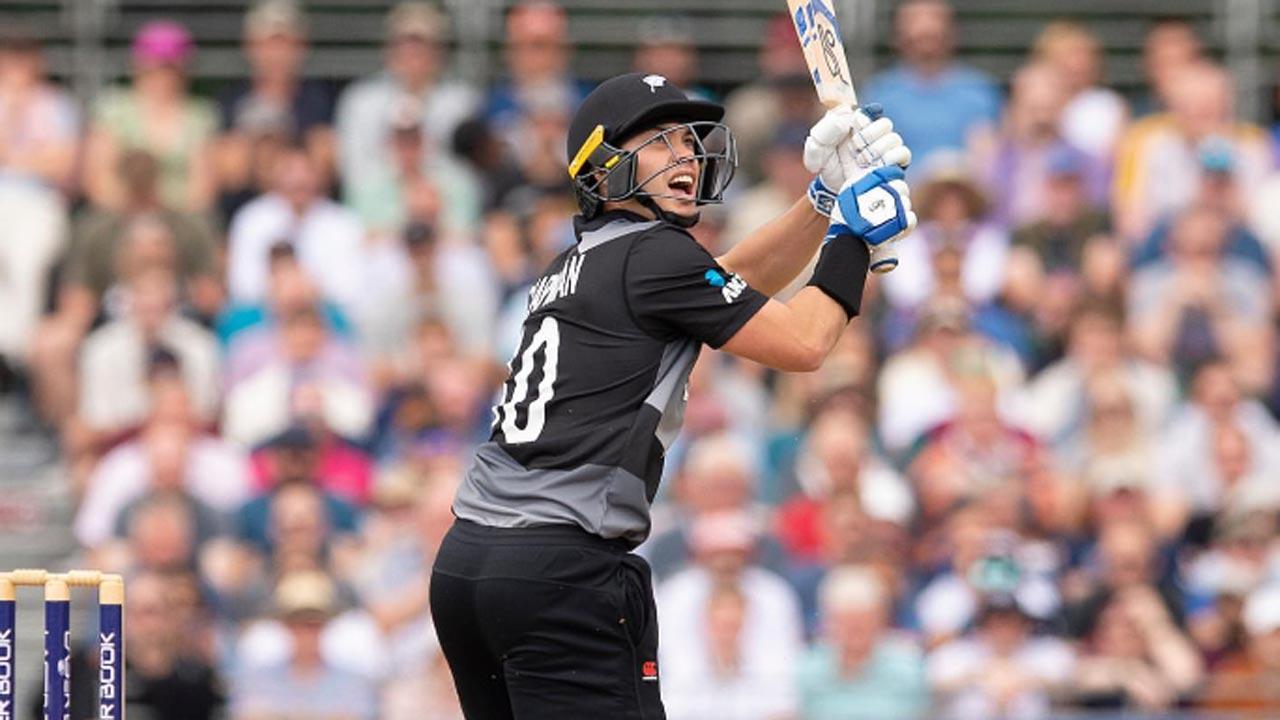 
A ruthless New Zealand scored 254/5, their highest ever total in T20Is, against Scotland in the second and final T20I, to register a massive 102-run win and complete a 2-0 series victory, here on Friday.

Mark Chapman (83) and Michael Bracewell (61 not out) were the star performers for Black Caps with the bat.

Chapman last played a T20I in 2021, but with an opportunity coming his way, the left-hander made it count to the fullest. Walking in at No.3, he moved to 23 off 15 balls inside the powerplay overs, but took off in the middle overs in the company of Daryl Mitchell.

However, Jimmy Neesham and Michael Bracewell had other ideas. Neesham hit a six off the third ball he faced while Bracewell, who had already started his rampage, hit 26 runs off Alasdair Evans' over to make a 22-ball fifty, his first in T20Is.

Also Read: CWG 2022: Cricket gets off to thrilling start with IND vs AUS

A total of 15 runs came off the final over as New Zealand put on their highest ever T20I total of 254. The Neesham-Bracewell stand worth 79 off 28 balls is the fifth-quickest in T20I history for partnerships of over 25 balls.

In reply, Scotland once again struggled against spin. Sodhi, Santner, and Bracewell stifled the hosts as they struggled to string together partnerships. Michael Rippon went on to grab a couple of wickets too amidst the ruckus.

Earlier, after Bracewell broke the opening stand in the second over, Neesham went on to take two wickets in the fourth as Scotland succumbed to 33/3.

A misunderstanding resulted in a run-out and another wicket in the Powerplay. Despite Chris Greaves making a promising 29-ball 37, the Scotland innings never gathered enough momentum to threaten New Zealand's huge total and were eventually restricted to 152-9 in 20 overs.