McCoy wreaked havoc in his two spells as India, after being put into bat, were bundled out for 138 in 19.4 overs on Monday 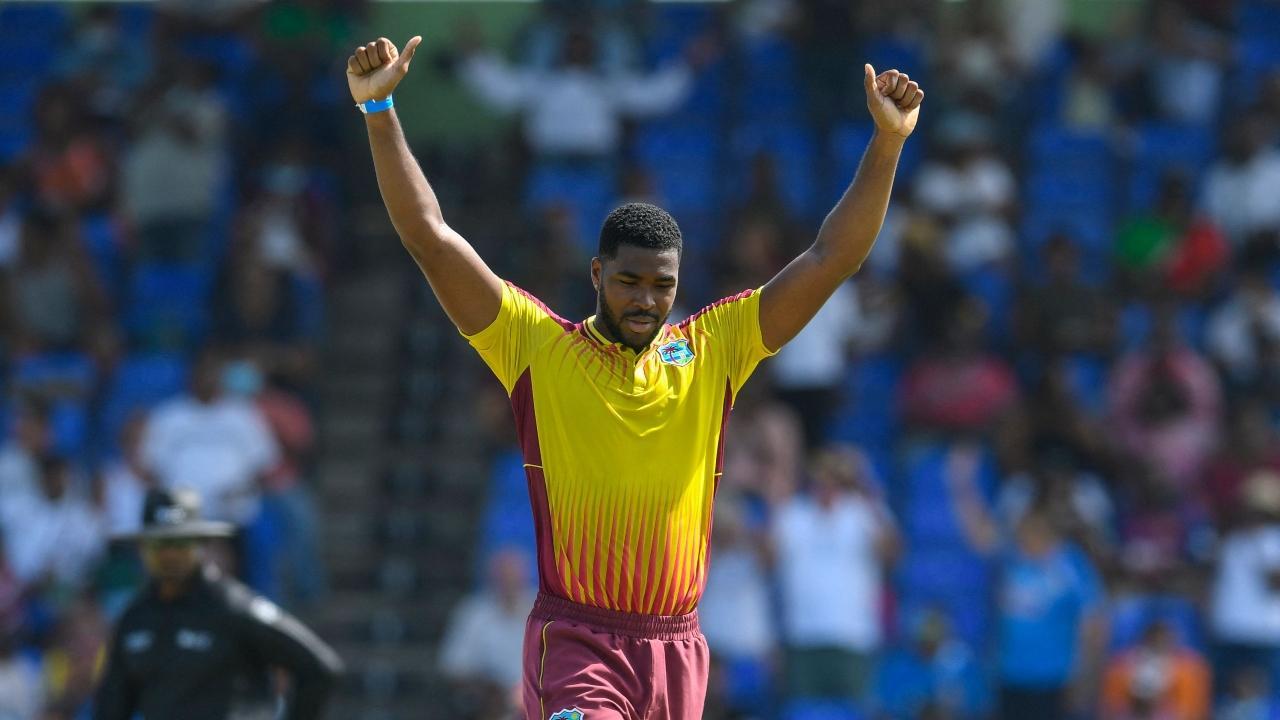 
Left-arm paceman Obed McCoy decimated a star-studded Indian batting line-up with sensational career-best figures of 6 for 17 as West Indies equalised the five-match series with a five-wicket victory in the second T20I here.

McCoy wreaked havoc in his two spells as India, after being put into bat, were bundled out for 138 in 19.4 overs on Monday.

The target was never going to be a problem for the West Indies batters as opener Brandon King smashed 68 off 52 balls, but the hosts stuttered during the back-end before Devon Thomas' unbeaten 31 off 19 balls sealed it in his team's favour, hitting a six and a four off Avesh Khan.

It was Arshdeep singh, who bowled a lethal yorker to castle the dangerous Rovman Powell and set it up nicely for Avesh to defend 10 runs, but a no-ball off the first delivery derailed India's bid to pull off a heist.

Put into bat in a match that was pushed back by three hours due to late arrival of team kits, the Indians lost the momentum from the onset as skipper Rohit Sharma (0) was dismissed off the first delivery of the match.

Throughout the innings, the Indians were unable to gauge the pace and bounce of the Warner Park track, as McCoy mixed his variations well during a career-best spell.

It was the extra bounce from McCoy that reared up awkwardly taking off the shoulder off his bat and the short third-man was in action to gobble up the dolly.

Suryakumar Yadav (11) hit an audacious six over cover but Mccoy bowled one full, and the loosely attempted expansive drive, without any palpable footwork, was only going to turn into an edge and land up in the wicketkeeper's gloves.

Also Read: Harmanpreet Kaur: Will look to build on the positives from Pakistan victory at CWG 2022

Rishabh Pant (24 off 12 balls) was breathtaking during his stay and a flick behind deep square leg for a massive six off McCoy left everyone in awe.

There was another six off Odean Smith behind fine leg, but left-arm spinner Akeal Hosein accounted for him with a delivery in which he altered the length, and the slight turn did him in. The mistimed pull landed into the deep mid-wicket fielder's hands.

The only time India seemed to have a partnership going was when Hardik Pandya (31 off 31 balls) and Ravindra Jadeja (27 off 30 balls) tried to resurrect the innings with a 43-run stand for the fifth wicket.

Once Hardik's powerful slap off a slow Jason Holder bouncer was taken in second attempt by Smith, McCoy came back for his second spell to polish off the lower middle-order in a jiffy.

Jadeja and Dinesh Karthik (7) were foxed by slower deliveries while Ravichandran Ashwin failed to use the pace and bounce to be caught in the deep.

The last four Indian wickets fell for just 11 runs, with Holder taking 2 for 23.