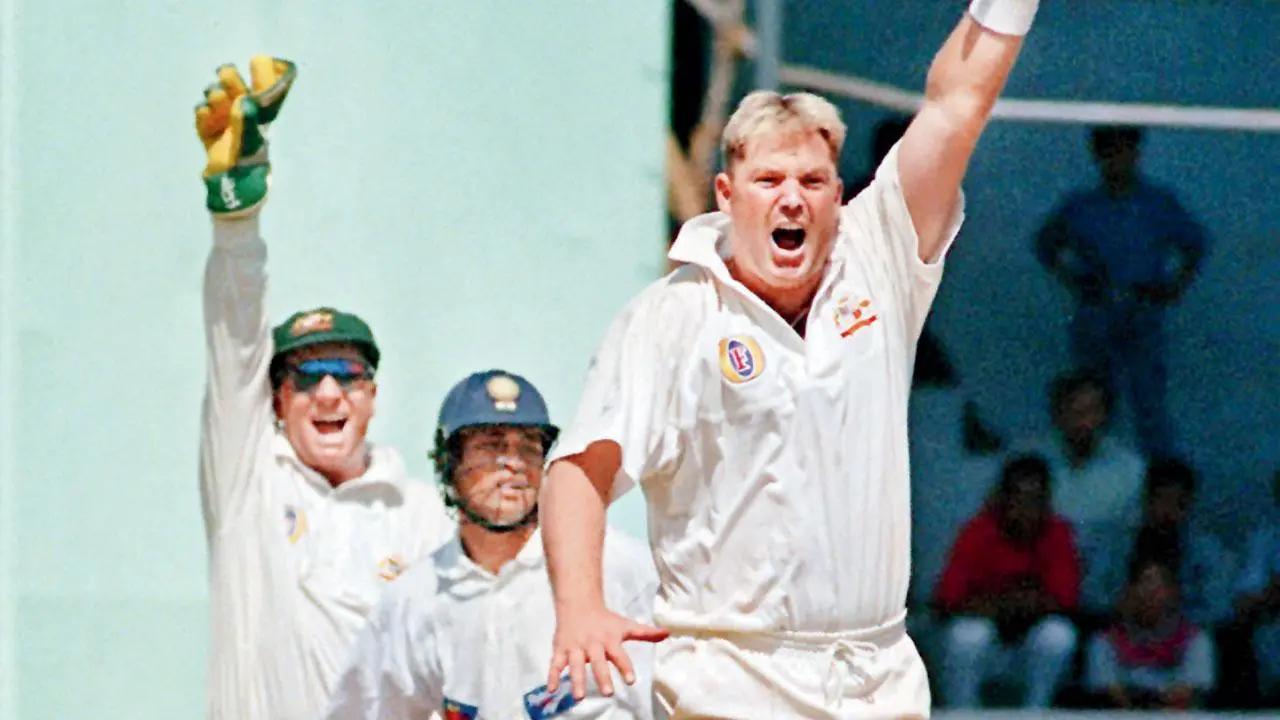 
On this day in 2005, late Australian spin maestro Shane Warne became the first bowler in the history of the game to take 600 wickets in Test cricket. The legendary bowler accomplished this feat during the third Test of the Ashes series against Australia at Old Trafford in Manchester in August 2005. The dismissal occurred in the 42nd over of England's first innings. English opener Marcus Trescothick was batting on 63 when the fifth ball of the over outsmarted him. He was trying to attempt a sweep and the ball touched his body. It then hit the thigh of wicketkeeper Adam Gilchrist, who popped in the air to snatch a brilliant catch. Trescothick was gone for 63 off 117 balls and Warne had reached a mountain hard to climb for many bowlers.

Interestingly, this wicket came at the same venue in which he had unleashed the "Ball of the Century", a delivery that had sent English batter Mike Gatting's bails flying back in 1993. Over the next twelve years, the legend of this brilliant leggie continued to grow. Coming to the match, the match ended in a draw. It was a pretty good one for Warne as he took 4/99 in his first innings and scored 90 and 34 with his bat.

On this day in 2005, Shane Warne dismissed Marcus Trescothick to create history at Old Trafford 🌟 pic.twitter.com/fX0eFOxDyr

Warne would go on to play Test cricket for two more years before retiring in 2007. Ending his career at 145 Tests, he had taken 708 wickets with best bowling figures of 8/71. Though Sri Lankan spin great Muttiah Muralitharan ended his career as the highest-wicket taker in Tests with 800 wickets, Warne's tally is still no small feat as he finished at the second position in the all-time list. Bowlers like England's ageless pace legend James Anderson (657 wickets) and India's spin great Anil Kumble (619 wickets) are two other bowlers who have breached the 600-wicket mark in Tests.

Warne tragically passed away on March 4 this year due to a suspected heart attack in Thailand. Warne was one of the most influential cricketers in history. He almost single-handedly reinvented the art of leg-spin when he burst onto the international scene in the early 1990s.