Photo: Hardik Pandya is all smiles as he poses with 'GOAT' MS Dhoni

Hardik who was part of the Team India's T20 winning squad that won the series 4-1 in the West Indies, has posted the photo on his social feed 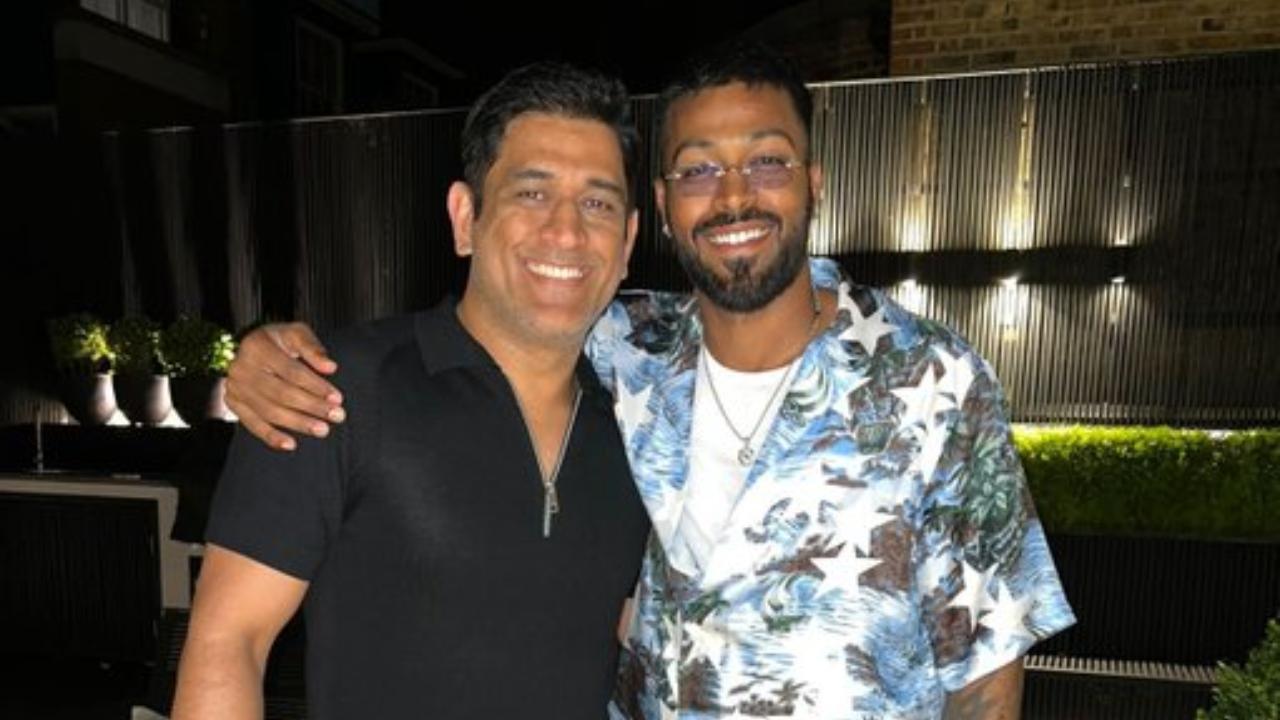 
All-rounder Hardik Pandya was in a jovial mood as he posted a photo of him alongside former India skipper, MS Dhoni with the caption "🐐👑". Hardik who was part of the Team India's T20 winning squad that won the series 4-1 in the West Indies, has posted the photo on his social feed. Hardik Pandya would need all the expertise and tactical know-how from the icon himself, MS Dhoni, as the former gears for an all important clash against Pakistan on August 28 in UAE. Team India skipper Rohit Sharma was full of praise for the all-rounder who is enjoying a good form with the bat and the ball.

With the Asia Cup T20 round the corner, Rohit Sharma was asked about the change in attitude that's been shown by the Indian batters. Rohit said, “We’ve made it very clear after the T20 World Cup in Dubai, where we didn’t qualify for the finals, that we felt there needed to be a change in our attitude and approach in how we play our game. If the message is clear from the captain and the coach about where the team is trying to head, then the individuals will definitely try to do that. For that to happen they need freedom and clarity and that’s what we are trying to do. We are trying to give them as much freedom as possible."

India will enter the Asia Cup as defending champions.

Next Story : Hardik Pandya 'more than happy' to captain India again in the future