Ranji Trophy: Hardik Tamore compiles classy hundred to put Mumbai in the driving seat vs UP

With regular ’keeper-batter Aditya Tare injured, Hardik Tamore makes the most of his two-year wait for a hit and carves composed 115 as Mumbai post 393 in first innings; Uttar Pradesh end day at 25-2 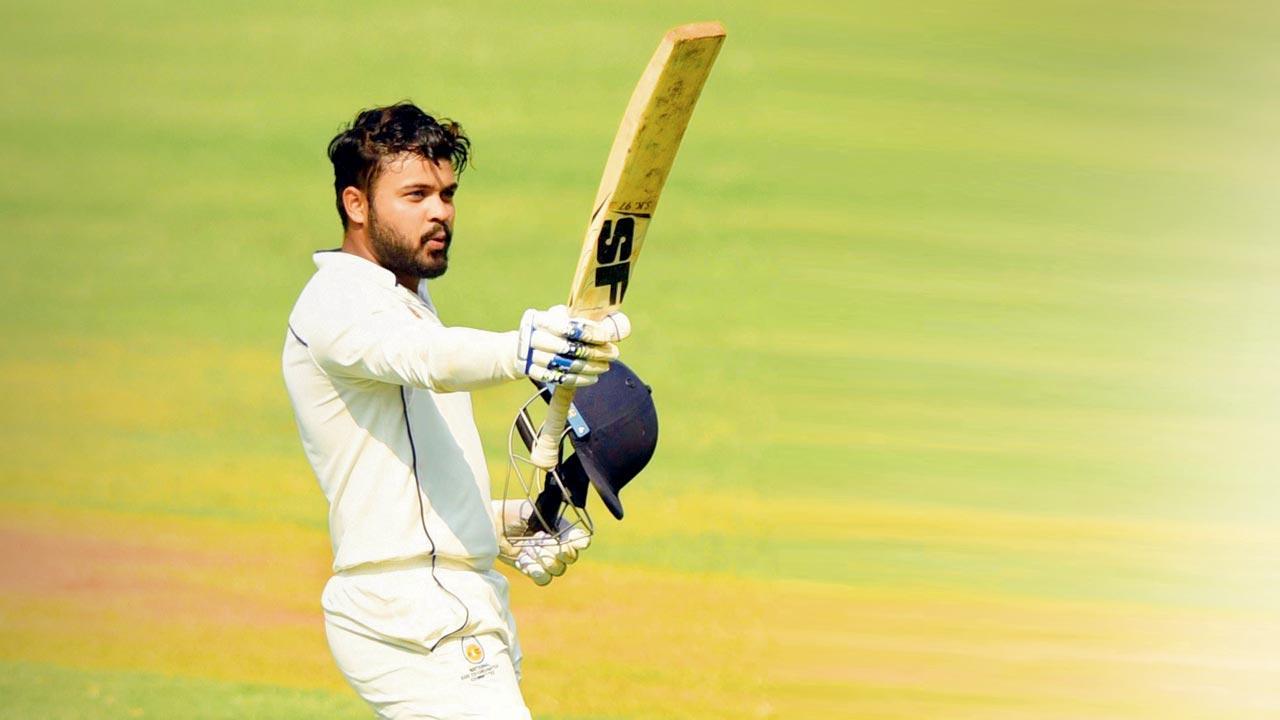 
A week back, Hardik Tamore must have reconciled himself to watching Mumbai’s Ranji Trophy semi-final against Uttar Pradesh from the outer. After all, he was in the squad only as understudy to the seasoned Aditya Tare.

Tare’s misfortune on Day Four of Mumbai’s quarter-final against Uttarakhand last Thursday opened the door for Tamore’s unexpected return to first-class cricket. Going for a leg-side catch, Tare broke the middle finger of his right hand and was ruled out of the rest of the campaign, facilitating Tamore’s comeback to the playing XI for the first time in more than two years. Tamore is no stranger to the Ranji Trophy stage. When the tournament was last held in the 2019-20 season, he had played four games as a specialist batsman, stacking up 199 runs including a highest of 113.

On Wednesday at the Just Cricket Academy ground, he broke new ground with a composed 115, putting Mumbai in control at the end of Day Two.

Not even a three-hour wait for the resumption of play in the morning following heavy overnight rains seemed to affect the 24-year-old’s concentration as he kicked on effortlessly from his previous-evening tally of 51. He and Shams Mulani were the chief architects of Mumbai’s sustained progress which ended at 393 all out when they lost their last four wickets for seven runs. Uttar Pradesh faced the tricky task of negotiating an arduous last hour and were immediately jolted when Dhawal Kulkarni packed off Samarth Singh for a first-ball duck.

Tushar Deshpande then produced a peach on an incutter that screamed through Priyam Garg’s gaping gate as he attempted an expansive drive and rattled timber, leaving Madhav Kaushik and skipper Karan Sharma to hold the fort. UP were 25 for two at the close of play.

UP’s designs of making the most of helpful overhead conditions and a seven-over-old ball when Mumbai resumed at 260 for five were definitively thwarted by Tamore, with authority, and the enterprising Mulani.

Apart from the occasional alarm, they were largely untroubled by the three-pronged pace attack which didn’t procure as much purchase as it might have hoped for. While the runs didn’t follow in a torrent, Tamore and Mulani ensured they didn’t get bogged down either, efficiently turning the strike over and comfortably keeping the bowling at bay.

The left-handed Mulani fell immediately on reaching 50, becoming offie Karan’s third victim of the innings after an alliance of 113 with Tamore. His focus unwavering, Tamore brought up his second Ranji hundred with an audacious reverse sweep for a brace and celebrated with gusto, lending new meaning to the term grabbing one’s opportunity with both hands.

Next Story : ‘Never felt it’s my season’s 1st Ranji,' says Mumbai's Hardik Tamore after scoring a ton in the semi-finals