Dinesh Karthik had played sporadically during Shastri's tenure as India coach, especially during the 2019 World Cup 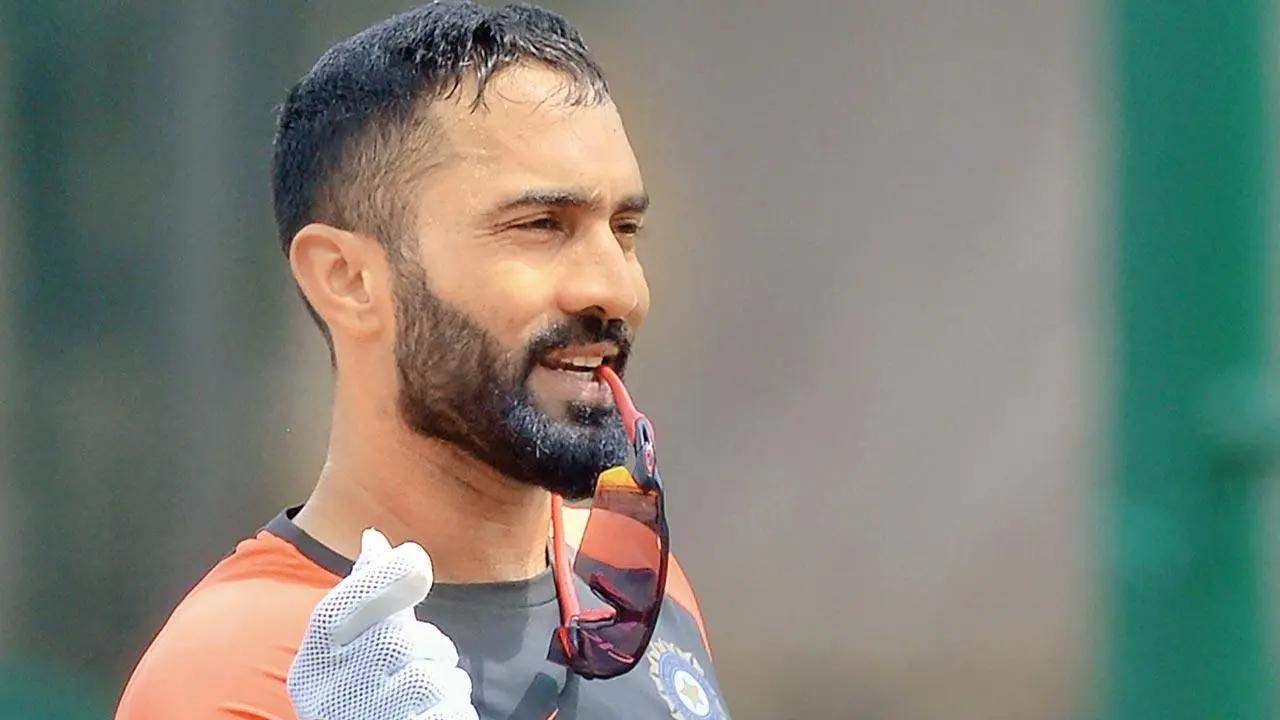 
Ravi Shastri used to push players to achieve special things but he had very little tolerance for failure during his stint as India's head coach, said veteran wicketkeeper batter Dinesh Karthik. The 37-year-old had played sporadically during Shastri's tenure as India coach, especially during the 2019 World Cup. The Shastri-Kohli tenure was a good one for Indian cricket but often the duo was criticised for not standing by a few players, who probably needed a bit more empathy during their lean patch.

"He (Shastri) had a very low tolerance for somebody who wouldn't bat at a certain pace he did not like or someone who was doing very differently in the nets and in the match, he would go and bat differently," Karthik said on Cricbuzz docuseries 'Summer Stalemate'. "He (Shastri) would not be very appreciative of that. Shastri knew exactly what he wanted from the team, the way in which it was played but his tolerance was very little for failures. He always used to push people to do very well."

Karthik, who at 36, is a designated finisher in T20 set-up, has already said that he feels way more relaxed and secured in the Rohit Sharma-Rahul Dravid era. Shastri had a successful coaching stint as under him India claimed Test series victories on Australia soil twice, drew the Test series 2-2 in England and also entered the World Test Championship final.

"I think Shastri, the player was somebody, who was probably not as talented but fulfilled his talent as coach. He did much better than what he was expected to do. As a coach, he was a larger-than-life person. He was somebody who pushed players to try and achieve special things," he added.