For the first nine games Mahipal Lomror, who plays first-class cricket for Rajasthan, didn’t get a look in. His first opportunity came in RCB’s game against Gujarat Titans on April 30. Lomror only walked in with nine balls remaining and delivered with an eight-ball 16, including a four and two sixes 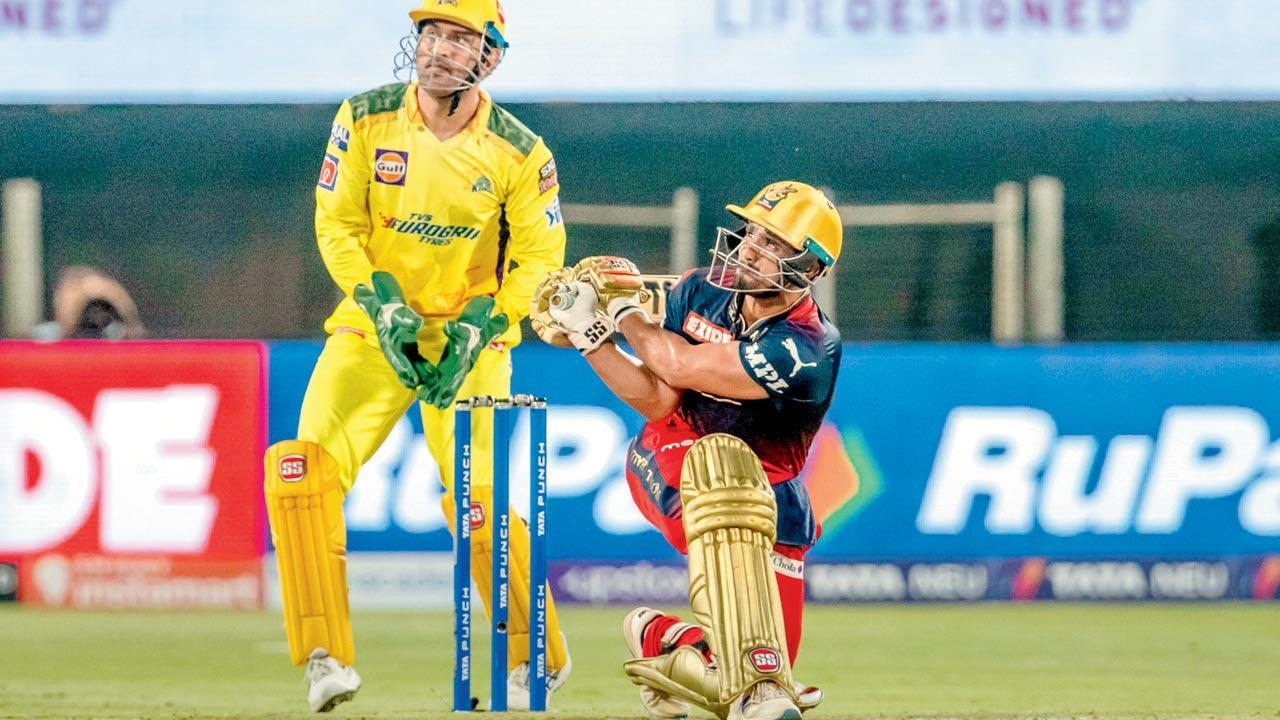 
In a squad full of batting superstars, not many would have expected someone like Mahipal Lomror to get a lot of game time. Certainly not when the squad includes Faf du Plessis, Virat Kohli, Glenn Maxwell, Dinesh Karthik & Co. And that’s why when someone as unheralded as Lomror eventually gets an opportunity, he has to make the most of it, because at this level, opportunities could be few and far between. That’s exactly what Lomror did for the Royal Challengers Bangalore in their 13-run win over Chennai Super Kings at the MCA Stadium here on Wednesday.

For the first nine games Lomror, who plays first-class cricket for Rajasthan, didn’t get a look in. His first opportunity came in RCB’s game against Gujarat Titans on April 30. But with the top-order performing well, Lomror only walked in with nine balls remaining. And the left-hander, nicknamed baby-Gayle, delivered with an eight-ball 16, including a four and two sixes.

It wasn’t quite a performance that brought Lomror in the spotlight, but certainly did enough to give him another game. And this time the 22-year-old got a much better opportunity, walking in to bat at the start of the 10th over. Time was on Lomror’s side, conditions weren’t quite. The ball was gripping and stopping a bit, and CSK skipper MS Dhoni, a master of such conditions especially when he has the resources, was in full flow. RCB were reduced to 79-3 from 62-0 in no time. The off-spin of Moeen Ali, left-arm spin of Ravindra Jadeja, and the mystery of Maheesh Theekshana were not easy to handle in those conditions. Lomror needed some time to settle, and that’s when he found a good partner in Rajat Patidar. Like Lomror, Patidar wasn’t a certainty in the RCB playing XI going into IPL-15 either. But Patidar had already found his groove with an aggressive 50 in the previous game.

He launched Theekshana over the mid-wicket stands in the 15th over. The pair of Lomror-Patidar added 44 runs for the fourth wicket, enough to keep RCB in the contest. Lomror went on to score 42 off 27 balls, including three fours and two sixes. By the time the left-hander was dismissed, the stage was set for Mr finisher Karthik to do his magic. And the Tamil Nadu batsman willingly obliged.

It’s often tough for IPL teams to find those uncapped Indian batsmen that can bridge the gap between a star studded top-order and powerful finishers. On Wednesday, Lomror, and to a certain extent Patidar, did that job pretty well.

Next Story : Bishop concerned about Kohli getting out to different types of bowlers