"We have been out due to pressure or our mistakes or even the bowler's skills. It is important to understand what was player s mindset and decision at that moment and where did the person make the mistake. Once we find our mistake, we can understand and improve upon it to make sure it doesn't happen," added Kohli 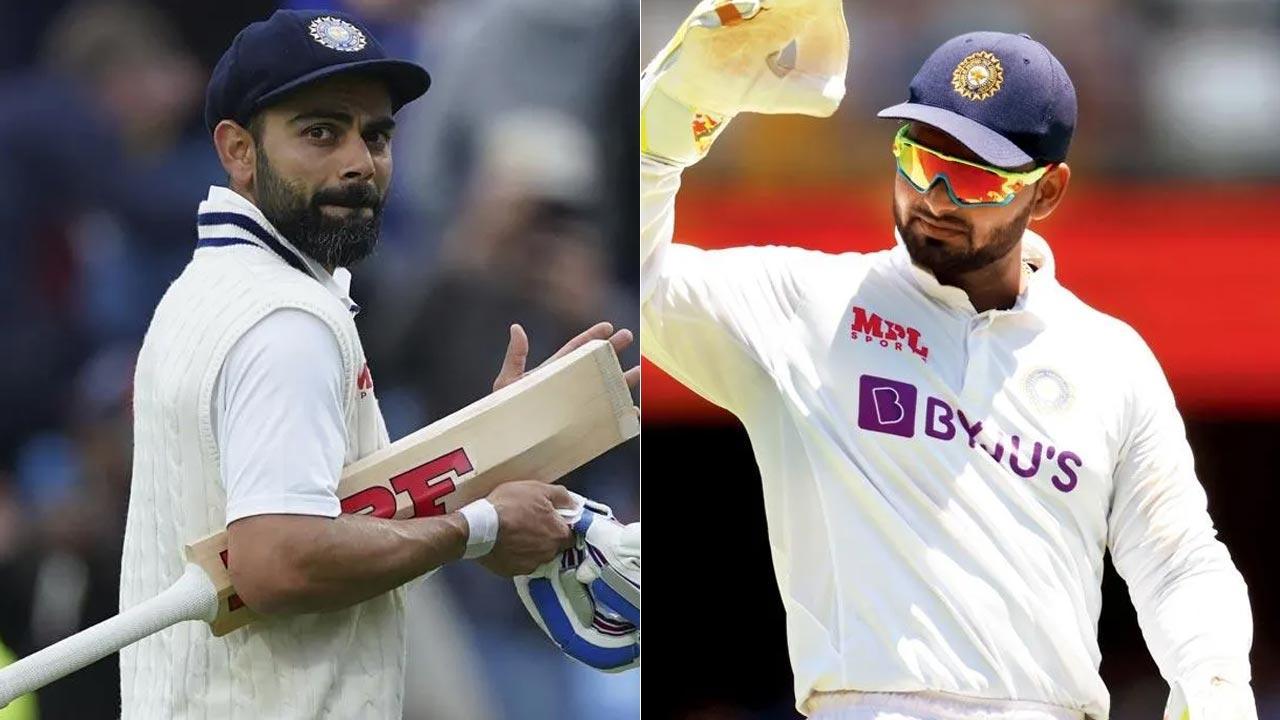 
India Test captain Virat Kohli said that they have had conversations with wicketkeeper-batter Rishabh Pant in the practice sessions ahead of the third Test starting at the Newlands Cricket Ground from Tuesday. Kohli added that Pant is someone who reflects on his mistakes and will make improvements on them in the future.

In the second innings of the second Test at Johannesburg, Pant played a reckless shot to be out for zero. After being beaten outside the off-stump, Kagiso Rabada rattled Pant with a snorter of delivery, by hitting him on the gloves through a ball that bounced a bit. On the very next ball, Pant stepped out to slog on a short ball from Rabada but gave a feather edge behind to Verreynne. The manner of dismissal brought a lot of criticism for Pant from all quarters.

"We have had conversations with Rishabh Pant at practice. The batters know before everybody else whether they've played a shot to get out was the right shot or not. As long as an individual, everyone has to accept that responsibility, I think progress happens from there. We have had made mistakes in our careers in important situations," said Kohli in the pre-match press conference on Monday.

"We have been out due to pressure or our mistakes or even the bowler's skills. It is important to understand what was player s mindset and decision at that moment and where did the person make the mistake. Once we find our mistake, we can understand and improve upon it to make sure it doesn't happen," added Kohli.

"This piece of advice really stuck with me that I won't make the same mistake all over again. It happens when you reflect upon your mistakes, which Rishabh does. I know this and will definitely improve going ahead. He will make sure that in important situations, he will stand for the team and will give a big performance after improving from his mistakes."

Siraj unavailable
Talking about his availability for the third Test, Kohli declared himself fit but added that Mohammed Siraj won't be available for the series decider. "Yes. I'm absolutely fit. Siraj is still recovering from the niggle he had in the last game. At present, I don't think he's match-ready to take the field in the third Test. You cannot risk a guy who isn't 110% as a fast bowler because we know how that little niggle opening up and extending into an injury could be for the team. So, Siraj is not up to the mark but I am absolutely fit to play tomorrow."

With Siraj unavailable for the winner takes it all affair, it will be a toss-up between Ishant Sharma and Umesh Yadav for another pacer's slot in the playing eleven. Kohli disclosed that the chat on Siraj's replacement is yet to happen within the team.

"We are yet to sit down. Myself, the head coach, vice-captain to decide what we want to do about the replacement. I say because of our bench strength, the fact I had mentioned that it is difficult to figure out who will play because everyone is at the top of their game, bowling well, batting well and these things become a point of discussion, contention."

"You have to have a healthy discussion around a decision like that and just agree everyone feels balanced about it. So, we are yet to have that discussion but I would rather be in this position where we have to decide who is going to play rather than to figure out other options with our balance and stuff like that."

Next Story : England white-ball expert Tom Curran out for four months with lower back injury