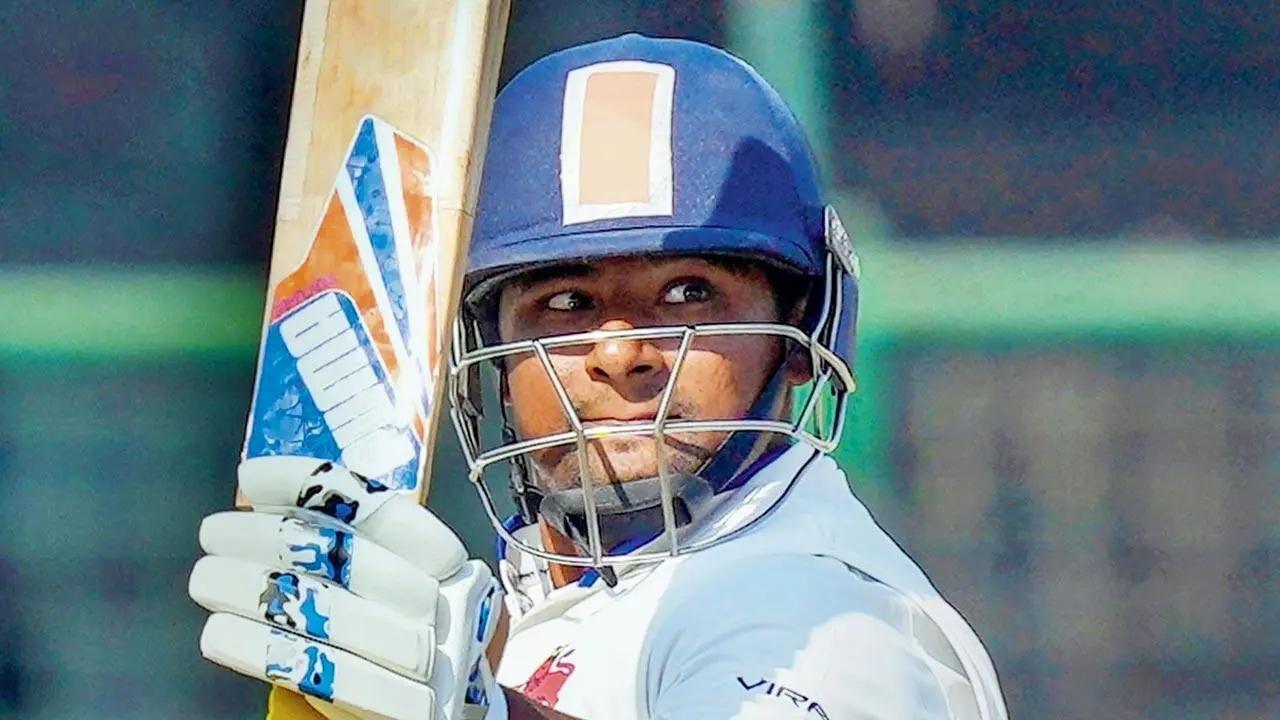 
The Ajinkya Rahane-led Mumbai team, who are fighting for a place in the Ranji Trophy knockouts from the Elite Group 'B', have been dealt a big blow in their do-or-die clash against Maharashtra starting at the Brabourne Stadium today.

In-form batsman Sarfaraz Khan will not play this crucial game as he has not recovered from temperature and weakness.

Sarfaraz has scored 556 runs this season, which includes a century in the first innings against Delhi in the last match which Mumbai lost by eight wickets.

Also Read: A little closer to Bradman, not close enough for Chetan

On the eve of the match on Monday, Sarfaraz preferred to take rest in his hotel room and didn't attended the team practice session.

Suved Parkar, who scored 252 against Uttarakhand in his debut Ranji Trophy match in June 2022, has replaced Sarfaraz.